Hello Ladies, has anyone experienced a random wrist pain developing during pregnancy , it is at the base of the thumb, inner side part of the wrist. I just woke up a week ago with it and it has gradually been getting worse. Any advice or you could share your experience and how to deal with it. Just worried that if it won’t go away by the time I am having a baby, I might not be able to lift him or hold him due to pain and restricted movement. 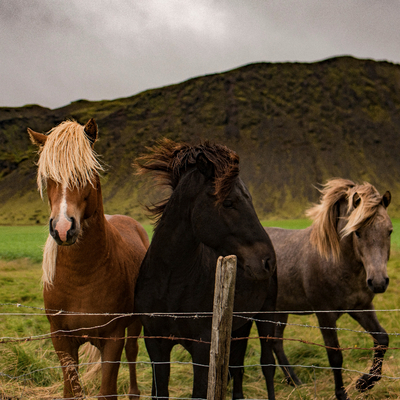 Simsimsi
To view profiles and participate in discussions please or .
12 Replies
•

Yep I had it in my left wrist first pregnancy and right wrist during the second. I got a splint online which helped and it did get better a bit when I finished work and didn't use a computer so much. I can't remember if it cleared up when babies were born because the hormones and lack of sleep, I don't remember much. Youngest is 8 months now and it's gone.

I found using my phone too much could really make it worse. 🤣

Simsimsi in reply to Seb9

I have ordered one on Amazon in the morning for the same day delivery so hopefully will help, it eases during the day, worst during the night and morning. I definitely can’t use my phone with one hand anymore 😂

Hey, I had this too....well mine was carpal tunnel. I got wrist splints and it did help mainly in bed when it was at its worst. I think it's quite common but I hope it settles down for you.xx

The midwife physio dept where I was was excellent (I had pelvic girdle pain too) 50% of the waiting room had carpul tunnel and the other half pelvic girdle so it must be fairly common. they could not emphasis enough to ask your midwife for a referral sooner rather than later as they give you a support brace but also show you the correct fitting for you and tailored exercises . If you can get a referral I would push for it as I didn’t and ended up a much longer road to recovery. Hope it gets better soon xx

Simsimsi in reply to Twiglet2

I asked for an appointment with doctor and they suggested physio but then called back and said because I am pregnant I do not qualify for it. So got a doctors appointment booked in instead. Xx

Twiglet2 in reply to Simsimsi

Yeah my doctor and my private health care couldn’t help/said midwife best because it was pregnancy related so it was the actual midwife that had to refer me to the specialist midwife physio within the maternity unit (these are the midwifes that come round the ward after you’ve given birth to tell you about pelvic exercises etc. too) hopefully your docs appointment will get you the right support though it’s really fairly common so GP should have info too 🤗💜 xx

Cinderella5 in reply to Simsimsi

I didn't get any help either! Midwife just shrugged and said it was one of those things and cause by the extra pregnancy fluid.🙄 I got splints on Amazon.xxx

Apparently carpal tunnel syndrome can develop during pregnancy due to loosening tendons. Have a chat to your doctor.

Ah this post is useful because I have had carpal tunnel for the past two months. I think I got it due to hand pumping. I didn't know it was so common, over just been living with the pain/discomfort, like a numpty. Maybe I should speak to my doctor

Anybody round 32 weeks pregnant...

Hey anyone around 32 weeks..im a FTM.. just wondering how people are feeling at the moment?..im...

Hello ladies today i came to know that i am covid positive. Fear and fatigue. Please give me a...

midwife has gone out the window. This is baby number two growth scan at 27wks showed waist of baby...

32 weeks pregnant and so worried

these feelings its keeping me up its worst if the baby dont kick i start worrying i saw a girl when...

Back pain during pregnancy

What is best to take for back pain. It's getting worse so painful laying in bed walking around....