I'm currently 19 weeks + 2 days with my first baby and I haven't had any inkling of flutters or movements from the baby yet. I thought a couple of weeks ago that I may have had some flutters but nothing has happened since so I'm assuming it wasn't that. My 20 weeks scan isn't until I'm 21 weeks but I'm finding it increasingly hard not to worry and think positive leading up to the scan. Is anyone else in the same boat? 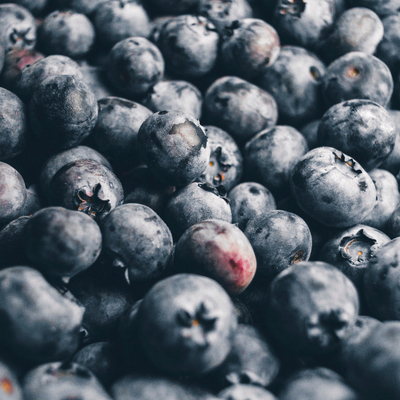 LdS87
To view profiles and participate in discussions please or .
16 Replies
•

Hi lovely, I’m 20 weeks tomorrow and only just started feeling movements. My friend who is 6 weeks ahead of me didn’t feel any until 22 weeks. Everyone is different so try not to worry. If your placenta is at the front it can limit what you feel too xx

I had nothing until 21 weeks and even then it was tiny tiny occasional butterfly taps that weren’t very consistent until about 25 weeks. Now at 27 weeks the little bugger doesn’t stop 😂 having an anterior placenta can limit the feelings and also being a FTM so don’t worry xx

Purpledoggy in reply to LdS87

It’s so weird until they start moving, I kept thinking ‘Er, hello in there?!’ Xx

Hello! I'm 19 weeks today and I've not felt anything either. It's become increasingly stressful as my mother in law keeps asking me on a daily basis if I've felt anything move and that I should have by now! Some of my friends said they didn't feel anything until after the 20 week scan. Everyone is different. I was at the hospital on Monday so asked them to check the heartbeat and they did a little scan and all was fine. So that was reassuring. I'm still worrying about the 20 week scan though! I was told by the hospital not to worry about not feeling anything yet and that it's more about when you do start noticing baby's movements, that you then keep track of them and then report to the hospital straight away if anything changes. But for now I'm sure you'll be fine. You could always ask your midwife if you're getting anxious about it and I'm sure they'd be happy to help x

That's reassuring to hear, yes I don't think it helps that everyone is asking me about kicks. I did have a midwife appointment a couple of weeks ago and the heartbeat was there xx

That's good then. Try to focus on that! The other thing the doctor told me was try to enjoy the pregnancy and take the opportunity to go out and do things as it'll be so different when you have kids. Easier said than done I know as I've been constantly worrying. I kept telling myself I could relax after the 12 week scan, now I'm saying the same about the 20 week scan and I bet I won't even relax after that! Wishing you all the best x

I started feeling flutters around 19-20 weeks. More like air bubbles. They're hard to describe.. And I didn't feel my first proper kick until last week (23). I'm sure everything is ok but for peace of mind I have had additional scans throughout this pregnancy. At around £60 is the best possible expenditure for my mental health! 😅

I also didn't feel kicks until around 23 weeks. I went for a couple of private scans between the medical ones, to set my mind at ease.

This post and responses are really reassuring. I'm only 16 weeks with my first and at midwife appointment this week she asked if I had felt any movements yet - I was ok about this until she asked! My understanding is that some women feel them really early but average is 20 weeks on, so there must be a lot of variance either side. I think the midwife realized she'd given me something else to worry about and said it's normal not to feel anything until much later and it's only when they're really noticeable and you start knowing its 'routine' that you start looking out for changes. I've had scans where the baby's really wriggling, somersaulting etc, and I can't feel a thing.

I felt nothing at 19 weeks. I'd say I started feeling little flutters around 21 weeks.

Thank you everyone that is really reassuring 😊

Hi LdS87,I am 32 weeks pregnant with twins and did not feel my babies move until I was 22 weeks. The NHS website states that it can take up to 24 weeks for a new mother to feel their babies move. I agree with Millbanks the position of the placenta sometimes cushions the baby's movement. Also as a first time Mum, your stomach muscles are still very strong and may stop you from feeling the babies movements.

My midwife asked me from 13 weeks whether I had felt the babies move, can you imagine for the next 9 weeks I thought there was something wrong because I had not felt anything. Maybe the midwife thought I would feel the babies moving early because I was expecting twins.

Anyway once you do start feeling the babies move, theie movements will not have set pattern until you are about 28 - 32 weeks. I remember feeling the babies move for the first time at 22 weeks regularly for a week and one morning they were quiet and I was straight off to the midwife for them to listen in on the doppler, only then the midwife told me that they were still very small at that stage and I will not start to feel set pattern of movement until 28 week.

Pregnancy can be challenging and does not help when outsiders make comments. Many people tell me I look small for someone expecting twins, despite my babies weighing in the normal ranges. Take people's comments with pinch of salt or they will add to your anxieties during pregnancy.

I hope that this helps. Xx

Bella_Bee in reply to Essence1

I love this forum so much. I'm almost 24 weeks and I've been thinking over the last couple of days that I've been feeling less movement overall but I'm probably splitting hairs. I find it very stressful that we are effectively in charge of monitoring baby movements for 3 whole months. Your post is v reassuring. Good luck with the rest of your pregnancy and delivery. X

kicking quite hard, but yesterday and today I only felt very few and very light movements....

Not feeling any movement at 19 weeks

is my 3rd pregnancy and I still haven't felt the baby move yet. I had a midwife app at 16weeks and...

im a bit worried, I started to feel little flutters of movement at about 18weeks but nothing...

Ultrasound scan at 5-6 weeks I'm worried about the results

Wednesday I had an early ultrasound scan which was 6 weeks from my last period but when the scan...