Hi, my 14 month old has again fallen sick (just before a month) she had caught fever, and runny nose. Now again she has cold, cough and fever. She started her nursery from august 16th this year and everyone say this is common as kids fall sick quiet often as they start nursery. She is active and playful though. But this is really upsetting to see her falling sick so often and hurts to give calpol all the time. Is it really normal to fall sick so often ? 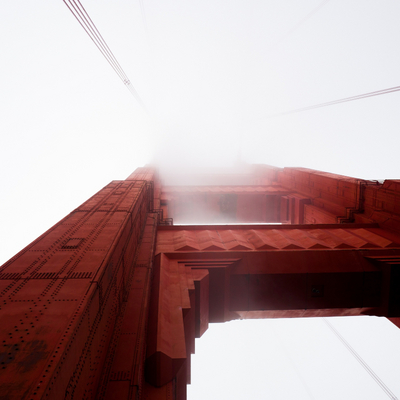 Sqaqua
To view profiles and participate in discussions please or .
Read more about...
12 Replies
•

It honestly really is. They are exposed to so much and it’s all part and parcel of them developing their immune systems.

I’ve worked in childcare for a long time and seen how much goes around. Now my son is in preschool- started September and he’s on his second cold and had a bad case of tonsillitis needing antibiotics.

Thank u. I think it’s fine with her catching cold or sore throat. It’s bad wen she gets fever .. but she’s active, playing , walking shows no sign of discomfort. She seems to not bother with runny nose / soreness in the throat

My son has had a cold every 4-8 weeks since starting nursery a year ago lol. It's because children's immune systems are not full working and of course they aren't very hygienic lol. It's a nightmare but hopefully will ease up

Sqaqua in reply to MissEd

Yes it is normal to some extent. Some have it tougher than others though.

Within 4 months of starting nursery my son had been hospitalised 4 times with tonsilitis and viral wheeze episodes. He has had a runny nose every single day since April which people kept saying is normal but it isn't. We have now been referred to ENT to look for a cause.

Sqaqua in reply to SRA8

Oh poor baby he is, hope all goes well

Yup normal. Child no3 had started nursery in September. Lots of coughs/temperatures/snotty nose. We had hand foot and mouth last week, luckily was very mild. My other two were exactly the same. They're now 4&6 and they definitely get ill much less. As for Calpol, I would only give it if they seem in pain or unhappy/poorly. If they are fine in themselves, even with a bit of temperature you don't need to be giving it.

True I m giving if she hits 38 fever. Else she seem happy, active n playful

My little girl was exactly the same, she started day care at around 14 months and she was constantly poorly with colds and coughs. She’s now 4, she has improved but she still gets a lot of colds but not as bad.It is normal, that’s all I was ever told, some kids are like this. The only thing I suggest if she gets fevers a lot then get her checked out. My little one used to suffer with ear infections, probably a result of constantly being bunged up and snotty. If you’re worried you could also try a multi vitamin as a boost, I did with my little girl but honestly it didn’t stop her getting sick. They just have to build their immune systems.

I’m sure my lb had a runny nose for a good six months! Try to remember it’s help for building their immune system in the long run. Calpol vapour plug-ins are amazing!

According to the pediatrician, getting sick 8-12 times a year is a norm. We want the children to meet as many viruses as possible for their immune system to develop.

Don't worry. And no need for any cough syrups for such little ones. Fresh air, physical activity and lots of fluids.

13 months old fever for over 8 days

diarrhoea, runny nose before this for a week, everything else except runny nose). I give her calpol...

4 month old having cold and cough.. Any home remedies?

My 4 month old had really bad cold and cough.. every time he sneezes or coughs, it breaks...

Stop 19 month old naps or not?

will lie with her and hold her hand until she falls asleep but after a hour or so of her messing...

not eating and very tired/drowsy. He has just fallen asleep without milk (very unlike him). I've...

last few weeks has really suffered from wind (bottom end) soon as I feed her she starts squirming...