Hi all, my mum-in-law from Tenerife says it is/was common practice in Spain to check breast milk for nutrient content and bacteria checking. I wonder where offers this service in UK if at all. I've a French friend too who got her milk tested in French hospital.

Am currently breast feeding but mainly using formula/bottle, as 4wk old has had issues latching on due to mouth thrush&mainly as midwives advised she'd lost too much weight after birth so needed topping up, also due to my emergency c-sec meaning milk was in late. Am still not sure if have enough breast milk as she fights breast (could still be due to thrush though...) and prefers bottle, as easier for her which is common I know, so am pumping off 50ml at a time where can. It's time consuming though&hard in these 1st few weeks as other half bk@wrk&she cries a great deal etc!

My husband&I see options here for paying but it's pricy and think it is for abroad only. I want to check if my breast milk is nutrient rich&free of baddies! Is it worth it, anyone know or have experience with that service? Also would people who've had similar problems say now at nearly 5 weeks to jack in the pumping off soonish? Most ppl in family say yes, some no.

We are taking advice frm a lactation consultant&several health visitors/midwives re increasing skin2skin, whaf to eat, positions and so on, but not much has been 100% successful encouraging her at breast. At this point I can't imagine wanting pumping off after every feed until she's 6 months or whatever! I though naively breast feeding would be a whole lot easier than this like a lot of women, &at wit's end! 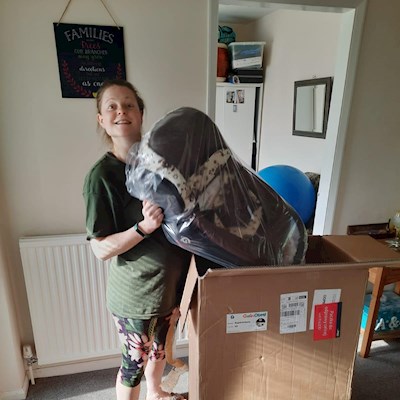 Lozzareth
To view profiles and participate in discussions please or .
13 Replies
•

I’ve never heard of checking for quality of breastmilk, but the above article might be a good reassuring read.

The problem you could have is because your topping up with bottles- be it breast milk or formula, your body isn’t Getting enough cues to make as much milk as you would if you were exclusively breastfeeding. It works on a demand basis- baby feeds and boobs make. Baby could also be getting a bottle preference as it’s easier to get milk from bottle, they have to work harder at the breast.

It’s a tricky one, you ultimately have to do what you feel is best and ignore outside influences when it comes to family as they often don’t talk from experience.

I recommend joining uk breast feeding support group on Facebook. There are so many mums on there with varying experiences that can give much better advice x

Yep nipple shields got already. Will persevere with them and join group! Thank you.

I had latching issues and gave up trying to direct feed at about 7 weeks but did pump until about 10 months. The first pump I had although hospital grade didnt agree with me too much. I rented a hospital grade medela then got a bella baby off amazon. Got way more with them. If you are interest in long term pumping there are very supportive face book groups. It's hard work but the more you pump the more you get. Your milk supply doesnt regulate until about 12 weeks so there is still loads of time left to up your supply. Mine only started to increase once I stopped spending time trying to direct feed and switched to exclusive pumping.

Lozzareth in reply to SRA8

That's interesting re supply at 12 weeks, and it increasing when you did full on expressing with Bella brand too. I'll see re upgrading pump.

SRA8 in reply to Lozzareth

Yep babies latch just wasnt good enough. I was exhausted triple feeding (breast, pump and bottle) at each feed, it just wasnt sustainable. There are often offers on the bella baby on amazon. Its rarely really highly in the exclusive pumping world. Also check your flange size. That can also make a huge difference.

Never heard of testing breast milk but wanted to comment regarding the thrush/latching issues - has your baby been double checked for a tongue tie? My little one developed a white coating on her tongue when she was a couple of weeks old - we continued on treatment for thrush for several weeks without success. Turns out she had a tongue tie that wasn't picked up when she was checked in hospital.

Be worth getting them to swab to make sure it is thrush if not done already as the symptoms for us were so similar but turned out to not be the case.

Just ignore the above if it's already been tested though, just sounded a familiar story!

Lozzareth in reply to LB1234

Hi there I appreciate that...! No she she hasn't been checked for tongue tie, so we will do. As I had thrush ALL through end of pregnancy (last trimester at least) plus had antibiotics in labour preparing for vaginal birth it is likely to be fungal. I opted to have c-sec in the end as after 87+hours exhausting labour was barely even 4cm dilated, baby had done meconium&heart rate dropped a bit, oh plus she was sat on my urethra preventing me from weeing anything but a trickle of blood via catheter!

This is a fascinating thread as I feel very much at the same stage. My baby is nearly 4 weeks, I had hoped just to breastfeed - but his needing blue box jaundice therapy during the first week in hospital derailed plans somewhat.

Now we’re doing majority formula given his demand, but also trying to express 3x a day (typically 30ml per go, sometimes higher) and trying latching (very hit and miss, even with midwife support). I’ll keep going with the breast milk efforts for the foreseeable as know some will still bring benefits, but the idea of solely breastfeeding now feels quite unrealistic. I think I can just about keep this up with him being my only child, but if I had a toddler too then pretty sure I wouldn’t be able to maintain the effort.

I wasn’t aware of the idea of screening breast milk, but would assume from what I’ve read/heard that the beneficial properties are there as standard, aren’t they?!

Sympathy and thanks for the answer-reassuring to know others express small amounts too..! Keep up the good work.

Oh please don’t waste your money on this. Your breast milk is made for your baby. Trust your body to produce what it needs. Combi feeding is a great was to impart all of your immunity and goodness to the baby whilst topping up when necessary. You are doing a great job. Maybe spend the money on a lactation consultant to help with latch etc. There are lots who specialise in combo feeding also xx

Lozzareth in reply to CAS2

Ah thank you. No I haven't yet trusted/found any reputable company to test my milk anyway! It doesn't seem to be the thing here anyhow. Yes even if I take the odd small wine/coffee/sweets I do eat a varied diet with plenty of water, fresh fruit, veg, lean protein, nuts, oily fish and take vitamins so am fairly confident am not massively deficient so nor should my milk be. Interesting answers here; appreciated!

I'll continue combi feeding. We've spoken to several lactation consultants for free&are taking advuce from them. Midwives seemed to think latch was ok but our 4wk&5day old is so on&off with it; 90% time fussing/crying after any breast feed so we top up. We go direct to bottle whether formuja or expresses a bit sometimes when she's hangry/it's awkward/am asleep.

this is so strange that the lactation consultant didn't say checking your milk is bullshit. Please, don't stress yourself with it or waste money on it!!! Please 😊. Your milk has all the nutrients needed, the fat content is the same for all mothers etc. Milk is not sterile, of course it will be found that it has bacteria in it and this is totally fine.

The first months babies can be very fussy during feeds, they cluster feed, cry, generally stress you out. Especially in the evenings. It's ok. Mothers, grandmothers, aunties, lived in another time, when there was not as much information as there is now. I would not take their advice over doctors, medical studies etc.

The best advice for me from a lactation consultant was to give myself permission to bottle feed if need be. I kid you not, this takes so much of self-imposed stress away. Just try to relax and enjoy your newborn time, it is so short. Try finding the best feeding position (my favourite is the natural position on the belly when the baby's nose is between the boobs and they search for the boobie themselves), and if not, just give formula. You can bond with the baby in so many different ways.

Lozzareth in reply to Katja123

Yes using bottle as well as boob now, now no shame. Not paying to test it.

Travelling with frozen breast milk and expressing while travelling

She's on 100% breast milk but for various reasons for a while now I express and she takes...

and an evening feed.

What breast pumps did people find effective? How about bottles as I assume...

becoming pregnant I assumed I would breast feed. I bought an electric pump and all the gadgets...

about introducing a bottle of expressed milk so that my oh can get involved with feeds and care...