Hi, just wondering what you think about flying in 3d trimester? The flight in question is a 2h flight. 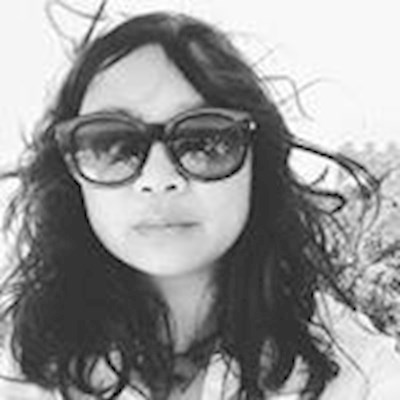 andromedae9
To view profiles and participate in discussions please or .
27 Replies
•

If your pregnancy is without complications and your midwife thinks it will be ok then it should be fine if you follow any guidance given. Check with your airline though as some won’t allow without a note after a certain point in pregnancy x

I personally wouldn’t fly during pregnancy at all. Why risk it?

Because there are no health risks to a pregnancy in flying (in low risk pregnancies and in the first two trimesters in particular) and life goes on.

The risk in flying in last trimester comes from having the baby prematurely on a plane or when you're abroad (unrelated to flying!) so that's why, as others have advised, you discuss with midwife and weigh up options according to what you're comfortable doing.

There's no health risks or reasons not to fly in pregnancy, if you're happy and if you've had a healthy pregnancy then I wouldn't see a reason not to fly, Some airlines want a letter from your doctor or midwife to say you're fit to fly after a certain point, and you should check your travel insurance covers you in pregnancy.

I've had friends have to do long distance flights late in pregnancy for various reasons and all been absolutely fine, so a two hour flight, you'd be up and down before you've even noticed.

Thank you for your replies ladies. My midwife has given the go ahead although I will need a 'fit to fly' letter. My airline allows travel until 36 weeks and I would be 30 weeks flying out and just gone 31 weeks coming back so it should be fine.

I did that and had no health issues. My midwife told me it's safe and to just stay hydrated and stand up and stretch few times during the flight (also short haul). I couldn't get fit to fly letter though (GP and midwife said they don't do it), so it was a bit stressful, but fortunately no one asked. That's the only reason I wouldn't fly in the third trimester again.

It depends why you're flying. Not to put a dampener on it but I booked to go away at 28 weeks for a holiday. Cancelled after telling my antenatal class group (mid covid so was an online group) and a woman in my group reached out and told me her story of going into early labour at 31 weeks with her boy in majorca. She had the the baby as they could t stop labour and the baby had to stay there in nicu for 6 weeks. Her husband had to fly home as they had another child and he had work. She said although the doctors were fab, having a baby in neonatal in a strange country when your family and support are thousands of miles away is really horrible. Luckily they had good insurance which covered the stay and a nurse to fly back with them when he was 6 weeks old. He was checked over here and allowed home. Baby is a healthy 2 year old now. However unlikely it is it put me off and I decided to wait. So now I'd only fly if it was a necessary journey. Holidays like booze will be on the no go for me personally.

andromedae9 in reply to Joxxjo

Thank you for this Joxxjo. Yes, it's something to consider of course. It's not a holiday and we have checked insurance and that our UK EHIC card will cover maternity care.

I travelled from when I around 26 weeks but had to return when I was 31 weeks as I would’ve been no longer covered by my (medical) insurance on the flight. Just check flight rules etc. In terms of COVID - you’ll have to wear a mask and be extra cautious but as it seems a short journey it shouldn’t be too uncomfortable for you!

All of that being said, I’ve had quite a few family members (from UK) travel around and unfortunately some of them are stuck in different countries due to testing positive when arriving etc so just depends where you are

andromedae9 in reply to Tiredtiredtiredxo

I'm in the UK and it would be going over to Sweden and just a 2h flight. Must be awful to be stuck in a different country. Will make sure to check flight rules etc if we decide to travel .

Up to you, I personally know two people who lost their babies because of flying during pregnancy.

Millions of woman fly every year while pregnant, and there is no risk associated with it. If there were any health implications for it your midwife or doctor would advise against it and airlines wouldn't let you fly.I'm sorry for your friends losses but I very much doubt that flying had anything to do with the cause of their miscarriages.

It’s everyone’s choice and that’s your personal opinion. All I said is I wouldn’t do anything to risk the pregnancy.

But there isn't any associated risk with flying during pregnancy, so it doesn't really make any sense to avoid it. You're probably at higher risk getting in a car or crossing the road.

That’s your opinion and choice. I am not going to argue with you. Like I said, we all have a right to choose what we do and I DO have personal experience of two people losing their babies due to getting on a plane. One was a miscarriage and the other two were born prematurely and both died.

It's not my opinion on flying, it's the official guidance from the RCOG,NHS and NCT. If you choose to ignore their guidance, then that's your choiceFlying does not increase the chance of miscarriage or early labour. So most likely sadly this is just coincidence that it happened to people you know after a flight. 1 in 4 pregnancies end in miscarriage which is a very sad statistic, but it does mean that they are very common. You know some people it happened to after a flight, but that did not mean that the flight was the cause.

What for being factual accurate and not scare mongering?

Goodness me that is laughable. If anyone should be reported it's her! It really baffles me why anyone would enjoy scaremongering... 🤔 Xx

No one is scare mongering but I can see it is pointless and a waste of my time to continue to comment on this post. I have said what I needed to say from my own personal experience.

There is no evidence to suggest the flight caused miscarriages when RCOG say it's safe to fly in pregnancy. I've 3 early miscarriages and a late loss at 20 weeks. And never got a explanation with a full post mortem and full miscarriage investigations. Majority of the time they do not know what causes a baby to suddenly just die but unfortunately some babies just do. It is awful, I do feel very sorry for your friend /s but I really do not think a flight would cause a miscarriage & your friend mustn't think that as that would cause her to blame herself for the loss/es & that's a dreadful place to be. It is emotional enough to lose a baby without blaming yourself when it's highly unlikely to be the cause. If it really was linked to miscarriage they would advise pregnant women to not fly.

All I said was that I wouldn’t do it. It’s a personal choice. I also had a miscarriage at 8.5 weeks and I wouldn’t do anything to risk the pregnancy. I believe it can cause complications and that’s my personal opinion. Perhaps there just isn’t the evidence yet. Ultimately it’s the mother’s choice and intuition is a very powerful tool. Sorry for your losses 🙏🏼

I've not given any dangerous information, the information I've provided about flying has come from the NCT's own website, this is their forum so you've reported me for giving the same advice they give on their own website.

Its also supported by the NHS and RCOG, I would trust their information, evidence and research over your anecdotal stories.

Correlation, (frankly in this case, utter - awful- coincidence) does not imply causation.

The certainty with which you make such awful statements is distressing. Please desist.

now that I'm pregnant I'm a bit worried about the long haul flight and in case anything goes wrong...

has taken their young baby abroad, how did you find the flight? Sterilising etc... any advice,...

had nausea on and off even up to late in 2nd trimester but have had a good 2-3 weeks where energy...

quite a short time. I'm really struggling to eat and what I do eat is really bad food with little...

Just wondering if anyone’s sickness returned in the 3rd trimester?