Due to some personal reasons, my midwife and I made the decision yesterday for me to end breast feeding to benefit myself and baby, I am only 6 days postpartum at the time of writing this. Please do not comment on this if just to be mean that I will not be breast feeding.

However, I was admitted to stoke hospital Wednesday where I was instructed to pump every 3 hours, which has caused my breasts to be overstimulated and have since become quite engorged and can leak enough in 5 minutes to constitute a full feed, with no stimulation. This was a problem even while I was feeding, let alone now that we've moved to bottles.

I have rang BF support and other helplines, but get different opinions from each person I speak too.

I was wondering, if anyone else has had to go cold turkey and had similar problems with engorgement and leakage during this, and if they could give tips on how best to do it? 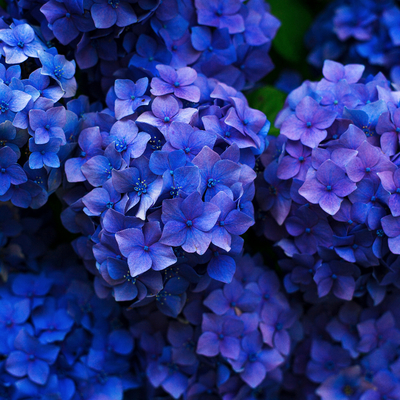 JasmayTara
To view profiles and participate in discussions please or .
15 Replies
•

I'm really sorry this has happened for you, breastfeeding is definitely really hard those first few days. Especially if you've had bad advice on expressing.

Your milk does come in around now so day six can often be uncomfortable with engorgement even without expressing.

I haven't had the same situation but your body will only make more milk the more you take off, so if you just hand express enough to take of the pressure, they will start to slow down production. There is no easy way to just stop without riding engorgement and mastitis. You could try getting a Hakka which gentle removes the milk with pressure but doesn't stimulate so that you get relief but not stimulation?

6 days is really early in your journey to stop especially if you really want to breastfeed, there is lots of support groups out there if you wanted to continue but I understand if you want to continue to bottle feed you have to do what's best for you.

There's a lovely Facebook group for breastfeeding that have lots of knowledgeable ladies who are very kind and supportive and if you wanted to carry on I'd recommend asking for advice on there too.

JasmayTara in reply to Seb9

Thank you for replying! Unfortunately it was due to suffering terrible with mental health, I have had issues in the past, and they were immediately brought back by my birth (didn't go to plan) and by the following issues I had with both the feeding itself, and the lack of sleep resulting from this.

Unfortunately, my baby just wouldn't latch correctly, he would let go of the breast when not full, and then keep me awake by wanting to reattach but refusing, among other issues. We have been under the care of an infant feeding team in this time, and it became clear that unfortunately in my case, breastfeeding just was not the way forward.

It's a shame, as I always expected to breastfeed, but he seems much healthier on formula, and so do I! You know what they say, Happy Mum, Happy Baby!

I will look into the Hakka, thank you for that suggestion! My current plan had just been wearing a tight bra with pads to avoid stimulation, and letting the extensive leaking be the relief from engorgement.

Seb9 in reply to JasmayTara

You absolutely have to do what's right for you, I don't know any child who has not thrived just because they weren't breast fed, a bottle feed baby is just a happy and loved, so you're absolutely right.

Strapping then up and not stimulating them will help but your risk mastitis, blocked ducts or infection if you don't relieve yourself, so do take care and definitely get in touch with your doctor if you have any severe boob pain with fever as you'll need anti biotics for mastitis ASAP.

I hope your journey starts getting easier from now on, I found the early days really tough, but it does get easier and there's lots of support out there, good luck xx

The first few days will be the hardest where your breads will feel hard, lumpy and super painful. What helps is to have extra showers and massage your breasts in the shower and try to relief some of the pressure/lumpiness. Other than that maybe lettuce leaves which have been cooled in the fridge or cold flannel and just relief the pressure by hand expressing when it gets bad. I'd only do this until its bearable again so that your breasts understand they need to stop producing so much. And take paracetamol to help with the pain. Hopefully the worst will be over in 2-3 days. Hope you find someone who has completely gone cold turkey. Good luck and hope you're both well x

I stopped breastfeeding my first at 7 days for very similar reasons so you are not alone in needing to do this. It took about 10 days to get completely back to normal but in that time I wore a sports bra with cold cabbage leaves in it, ice packs (in fact I bought some of those stick on ice pads), paracetamol and ibuprofen, and avoided stimulating them as much as possible. I hand expressed when it became too much and after the first few painful days, it began to ease. I remember feeling that it was really unfair that I had incredibly sore boobs on top of everything else! But it will pass soon. The first month is so hard and the days seem to go on forever, but it gets much easier as you go on.

Thank you so much!! It's reassuring to know that I'm not alone in this, and that other people have suffered similar experiences!

At the moment, I've been wearing w telly tight bra with super absorbent sanitary towels in to catch anything, taking ibuprofen, wearing cabbage in there, and taking baths just to let the hot water sooth them. Don't even have to hand express, as they are so full that they start to drip out the second I remove the bra.

If you don't mind me asking you a few quick questions? You're the only other person I've found that's stopped cold turkey early on! Feel free to say no!

-how were the first few painful days for you? How long did that last?

-how do you know the milk supply is starting to lessen? (I want to see the early signs so it's like a bit of hope)

-woukd you say your sports bra was tight on them? I've been told to wear the tightest bra I can and it's quite painful

Once again, thank you so much!

Not at all - first few days I could barely even touch them, it was so painful. I think that was only about 2-3 days though. In fact, if I remember rightly they seemed to get a bit worse before getting better. At one point my boobs were actually square shaped, they were so full, but then they just gradually got softer and softer, before becoming what they are now, basically two flaps of skin 😂. Sports bra was incredibly tight but I just tried to ride it out. But I remember sleeping being very uncomfortable for the first bit, as well as near impossible with a newborn. I’m pretty sure I was told not to let the shower stimulate them but can’t remember advice around baths so hope that’s helping. This was two years ago now; I’ve had a second since then and for everybody’s sake we had a first couple of breastfeeds and then straight to formula and it wasn’t anywhere near as painful the second time. Hoping it eases very soon for you

Amazing! Thank you so much for everything! This is my second full day now of trying to stop it all so hopefully the pain doesn't last too much longer! It take two skin flaps over this any day 😂

I'll have to look into the shower thing, I didn't even think of it as stimulation just relief but it probably is you're right!!

Thank you so much for all your help!

You can get tablets to suppress milk production I think. I had them when my baby died. Hospital sorted them for me, maybe try midwife or GP?

I believe they do only provide them under those circumstances, but worth a call. I am so sorry that you had to go through that 🧡

Congratulations on your bundle of joy!! I have heard cabbage leave in bra are good, and when your really engorged hand express a little just to relieve, not to empty and this should stop getting blocked milk ducts and mastitis. Hope you dry up soon.

I've been king of the Cabbage for days now! Hoping it starts to settle soon as I'm on day 4 or 5 so far with very little improvement, if at all 😭

Really? How did you find it? Wasn't a great experience for me, other than my midwife was fab!

Oh hopefully it settles for you soon ❤️ and I had bit of Traumatic birth but couldn’t fault the care I received. I am quite lucky because if I went Stafford god knows what would of happened as it’s only midwife led now xx

I'm looking into breast feeding & wondered if anyone who had done it before had advice good or bad...

week old now and we're having a great time breast feeding. He's latching on great and minus him...

My LO is nearly 3 weeks old. I have been breast feeding but two weeks in she had lost 11% of birth...

able to breast feed my baby after 2 months when I bring him here now after a month my breast are...

I'm recovering slowly! I'm really wanting to breast feed and trying so hard to but little one...