Hello, my baby is almost 4 months and although she is very healthy, lively, reaching milestones, as a FTM I worry about anything! She drinks less than the recommended 150ml per kg. Is this a problem? She is just not a hungry baby. She asks for milk, cries when hungry, drinks with appetite but after a while she stops. She just seems satisfied but most of the time she only take 80-100ml. Most days she has 7 feeds but sometimes 6 depending on how much she slept during the night. I have an app with HV next week to check her weight but I worry is hasn’t gain as much as she should. 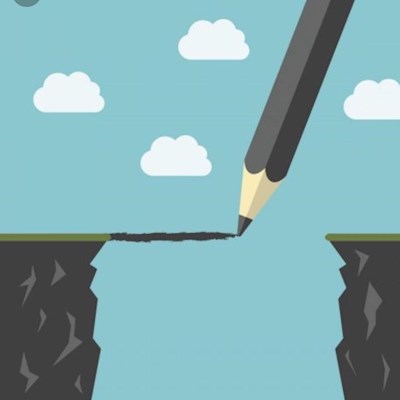 Dreamama
To view profiles and participate in discussions please or .
6 Replies
•

If she's having plenty of wet dirty nappies, putting on weight and hitting milestones I wouldn't worry at all, sounds like she's doing amazing. Every child is different and they haven't read how much they are meant to drink so just go with what she tells you she needs. My little girl was breast fed so I have absolutely no way of knowing how many ml she took each feed and she's doing OK. I would say just ignore the measurements as long as baby is growing well, be happy that you're doing a fab job xx

Dreamama in reply to Seb9

Thank you for the reassurance! I try to tell myself that there’s nothing to worry about and my mum said the same to me reg breast feeding. Is just hard not to have the regular check ups but at least I have one next week and hopefully they will say she is fine

Seb9 in reply to Dreamama

Just remember the instructions have to cater for every baby and they just aren't all the same. My little girl is a small wee thing on the 25th percentile, I'm only 5ft 1 so she's never going to be a giant, me friend who is 6ft has a son who is only 1 week older than my daughter, he's on the 99th percentile and a good head taller than my baby. There's no way she would be able to eat what he eats and he'd be starving on her diet! Xx

I had a baby that had an allergy to cows milk and I wish I’d never looked up how much they should be drinking or read the back of the formula box because mine certainly never reached the 150ml/kg either or reached the x amount of oz over less bottles the stupid packaging had on. I already had anxiety over feeding as we had an awful time at the start and she’d gone from the 87th percentile born to just under the 25th before we figured things out. She then tracked along the 25th and I wish I’d paid more attention to that and the fact she was happy than worrying so much about the intake. Funnily enough as she started to sleep through the nights it was the days she drank less she slept longer 🤷‍♀️ (I logged everything 🤦🏼‍♀️). Anyway my point is try and not worry if she’s happy and having wet and dirty nappies 😊 xxx

Thanks so much for this. I’m also quite anxious and we too had issues at the beginning as I didn’t had enough milk so had to move to bottle.

I have an appointment with HV next week and will be good to know at which centile she is on as a reassurance. I guess she is not such a hungry baby!

The same as yours, she also sleeps for longer during the night when she drinks less! I also record everything 🤦🏻‍♀️ I hope one day I can chill out a bit lol xx

If she’s gaining weight, weeing and pooing I wouldn’t worry too much! Xx

Has anyone changed formulas with there babies and had any problems!?

start cow and gate with her next feed and it's just occurred to me she may not like it and I have...

My baby was given 10ml formula after her birth as she was not taking breast milk. Now I’ve been told

Weaning - worried my baby is not eating enough

Any experiences of a baby not gaining enough weight?

really get on my nerves. She is never sick, she doens't cry after her feeds and her nappies are a...

people to try some baby rice in his milk, he’s hungry but doesn’t manage a lot of milk due to...