Do babies know when to stop eating while breastfeeding... - NCT

Is it possible to over feed your baby while your breastfeeding them? Cause my baby doesn’t seem to know when to stop until he’s about to explode but by then he’s very cranky cause he doesn’t feel well for being to full. I just sit there constantly burping him and sitting him upright till I think the milk has gone down a bit more. I know they say you can never feed to much a breast fed baby but that’s how often they want to eat. I’m asking about just one feeding in general. 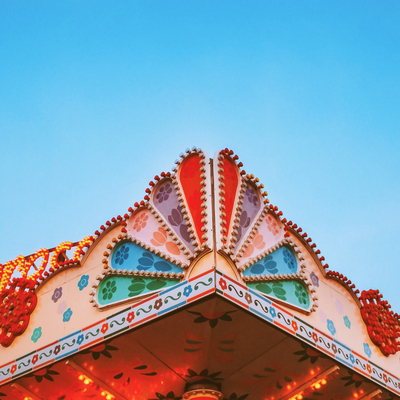 Stardust37
To view profiles and participate in discussions please or .
10 Replies
•

Honestly I don’t think you can overfeed as such is your let down fast? Perhaps it’s more gas he is struggling with than being too full?

Stardust37 in reply to Pook27

It could be. I’ve tried burping him every ten minutes while on the breast sometimes it seems to help but sometimes it’s just like it doesn’t matter what I do he just ends up looking uncomfortable after a feed

How old is your baby? They go through lots of grown spurts and wow often will spend a long time on your boob upping your supply inline with these. They won't overfeed breastfeeding but they will get fussy and spend a lot of time doing it.

Stardust37 in reply to Seb9

He just turn 2 months old. I have to feed him with both of my breast since one doesn’t fill him up since I don’t produce as much. But because I give him both breast I wonder if he eats to much because with one he already seems full and wanting to fall asleep as he also relaxes and when I give him the other one I’m thinking he shouldn’t need that much but he ends up draining it all! That’s when he starts to be fussy making me worry he ate to much lol

Seb9 in reply to Stardust37

I wouldn't worry about him over feeding, he really can't get too much of the good stuff, if he's having good weight gain and lots of dirty nappies, let him feed as much as he likes.

At 2 months there's growth spurt and a development leap (have a look at the wonder weeks app if you don't already have it, it's really good for seeing when baby might be more fussy because of developing).

Tgum in reply to Stardust37

Maybe see how long he goes with just one boob? Unless he is actively asking for more, although you said he falls asleep after draining one boob. Don't underestimate the ability of your body. You say you don't produce enough milk but your body reacts to the baby so you probably are. Even if your breast feels soft, milk is still being produced. Maybe try with a dummy if you think he's just feeding for comfort. Well done though Mumma!

Hi you cannot overfeed baby breastfeeding... will take as much or as little as he/she needs, dont worry sounds more like trapped wind as that can make them full. Just keep up with the burping, I remember when i was going through the cluster feed stages thinking surely this can't be right its too much etc etc..but babies know how much they need, thats why breastfeeding is great. Try not to worry and keep up the good work x

Stardust37 in reply to Bakingcupcake

Thank you I’ll try! But yes I will be thinking how is it possible he just ate so much not so long ago! Then I worry if he will have a tummy ache from eating so much! But it’s true they might be cluster feeding and I just not realize it and I’m over here thinking maybe something is wrong.

I felt like my little one was overfeeding from between 8-10 weeks as he was constantly wanting to be latched on and then bringing the feed right back up, so I tried introducing a dummy as advised by my health visitor (It got to the point where he was feeding constantly mostly while asleep). Although everyone says you can’t overfeed a breastfed baby he was bringing up a lot of the milk straight after the feeds (because he really didn’t know when to stop- in my opinion) . Thankfully it only lasted around 1/2 weeks and I just tried to split the bigger feeds into smaller ones to ensure it didn’t all just come right back up but I really did feel that he was over feeding.

There are probably many other things that will be a cause for your baba being a bit grumpy after a feed rather than over feeding (wind, fast milk flow) x

Yes that’s exsactly how I feel! I just wish we could read there little minds and see what’s going on or for us to feel what there feeling so we could try to help them more and understand them

able to breast feed my baby after 2 months when I bring him here now after a month my breast are...

Am I missing something? Unsettled baby.

of his milk and I struggle to wind him generally. He’s settled and asleep now on me (I’m sitting...

have my baby shower. Im worried about doing it too early (hence why i havent thought about it yet!)

I have a 6 months baby and just found out im pregnant and i have no idea what i should do!

place where i just do not know where to turn, i love my boy lots and i dont want him to become...

bottle and don’t feed him again for 2 1/2 hours at least, she said the constant feeding has...