This is my first pregnancy. I’m 22 weeks and don’t feel or understand what baby movements are. I still don’t get if I have baby movements or just something wrong with a stomach. Sometimes my stomach is sort of bubbling like when you get hungry. Sometimes I can feel that something happening there, but I don’t feel any kicks or punches. Can someone share their experiences of movements at this stage?

I did my second scan at 19 weeks and everything was fine. The sonography said that I won’t feel anything until 22 weeks. And now I’m 22 weeks pregnant and I still don’t know what the movements are and what to look for, and when I will feel proper kicks. 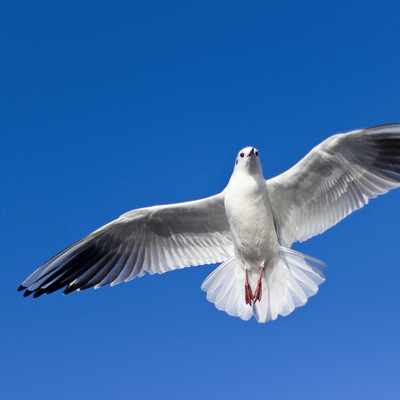 olira2203
To view profiles and participate in discussions please or .
13 Replies
•

I didn’t feel anything until about 23-24 weeks and they weren’t kicks or punches just like you’ve got a fish in your tummy. When I look back I probably felt them earlier but didn’t realise. Also depends where your placenta is. Mine was at the front so you don’t feel as much as someone whose placenta is at the back xx

Thanks, it makes sense. I don’t know where’s my placenta is. I wasn’t really told.

Did you get a form after your scan showing the different percentiles of the parts of the baby? If yes, the location of your placenta should be on this letter.

It says anterior placenta, so I googled and it means that I should be feeling movements much later around 24 weeks because of that. I definitely feel something at certain times of the days but not actual kicks. Thanks for your advise!

Do you have notes to say where your placenta is!? Mine was over the front so I couldn’t feel much really until after 22 weeks! But before that it just felt bubbly but now looking back it was deffo baby and not gas haha. Xx

Thanks, I definitely feel lots of bubbly.

Hi! I am 22 weeks pregnant too and it is my first pregnancy.

I initially felt movement like little bubbles popping (which are hard to distinguish from gas!) and slow sweeping movements. I still get those but I also feel what seem to be mini punches and kicks now, they are gentle at this stage. I try placing my hand over my lower tummy and sometimes I can feel the baby push out against my hand. Last night it felt like a foot was pushing right into my bladder, it was impossible to miss and definitely not something I had felt before.

I find I get the strongest movements after I have eaten something sweet like fruit or when I am lying in bed about to go to sleep. Next time you are going to bed, lie quietly and still for 10mins or so and you should feel something. I read that it is harder to feel something when you are always moving around. Channel Mum on YouTube has a bit on movements around 21-22 weeks I think.

Keep talking to your midwife about it though as they are important to monitor. I read on the NHS site it can be up to 24 weeks until you start to feel movement so you simply may not have much yet. Once you feel it though, you know it is a kick!

Thank you, this is good to know!

The bubbles that you’re sometimes feeling are almost definitely baby. It’s hard to tell at first but you’ll start to feel it more regularly and you’ll definitely know when you feel the first kick. Try not to get yourself worked up over it. When I was pregnant I used to find I’d feel the most when I’d just woken up in the morning or just as I was going to bed. In the early days I found I only ever felt movement when I was being still and looking for it.

As he grew and space around him got less, I felt kicks etc. When I was a few weeks from full term it started to feel like he was doing slow somersaults - my stomach felt a bit like how it does when you’re in a car and drop quickly down the other side of a bump/slope.

Thank you, I do feel bubbles popping!

I think I just wasn’t sure what it is, but I was always feeling it!

felt any definitive movements yet and I’m 22 weeks pregnant. I was told at 20 week scan that I have...

appreciate your advice. I'll be 25 weeks tomorrow and feel my little one's kicks every day. From...
•
10 Replies

currently 22 weeks and 1 day been feeling flutters and movements from about 17/ 18 weeks and they...

20weeks pregnant with my first child. I learned I'm supposed to be feeling the baby's movement and...