Did I have a miscarriage?: *image warning* I started... - NCT 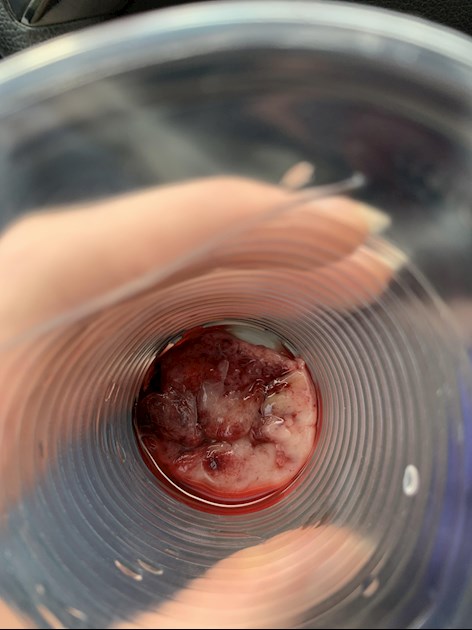 I started birth control early October and recently the past week or so I’ve had light bleeding ranging from dark brown to bright red. Today I started having intense cramps and extremely heavy bleeding and the picture down below is what came out of me. I have been sexually active. I didn’t take my birth control the same time every day and I did skip two periods while on the pill, but I was careful about trying not to get pregnant and quit taking my pills about 3 days ago. Did I have a miscarriage? 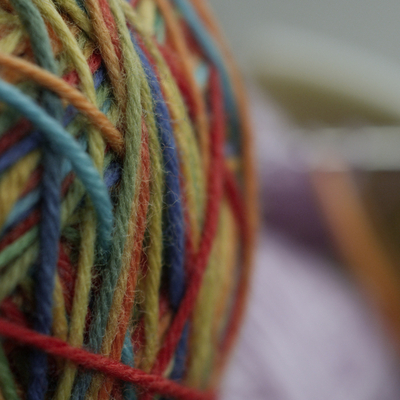 RenC
To view profiles and participate in discussions please or .
Read more about...
13 Replies
•

Was that everything? I’ve had 3 mc and there was massive clots prob about 5 that wouldn’t fit in that cup. Did u take a pregnancy test at all?

Yes, heavy bleeding though and it would have only been a one or two month pregnancy

Maybe I don’t think u can confirm if you didn’t take a test but it’s very well possible. We’re you ttc?

I was not trying to conceive. I had a pregnancy test taken about a month ago early October when I had to take antibiotics and it was negative although I’ve been told it could have been a false negative

Sometimes your uterus lining can come out in lumps during a heavy period & look a bit like that. Ive has that happen to me x

If you think you would only be 4-8 weeks pregnant I doubt it’s a miscarriage, the foetus would be much smaller. I had a miscarriage at 7 weeks and the tissue was around my thumb nail size. Maybe see your doctor or early pregnancy unit and get your hormone levels took- they’d be able to tell if you hcg was higher even if you had already miscarried xx

RenC in reply to Bailey135

It would have been around 4-6 weeks, from what I’ve read all of the tissue is from my uterus shedding it’s lining as well. I took a pregnancy test and it came back negative although I doubt it would have come up positive if I was only nearly a month pregnant

Bailey135 in reply to RenC

It would have come up positive if you had missed a period so if you’re even just over 4 it would have been positive. Fingers crossed it’s just a bad period xx

That definitely looks like what would come following a miscarriage rather than a heavy period. You could speculate on dates but ultimately you don’t get what looks like tissue from a period at all... I do think it is more likely to be a miscarriage particularly with how you’ve described the bleeding alongside your picture. X

Call your doctor, get them to do some tests as it could be or it could be partied your womb lining, my sister in law had similar and it was just womb lining, there was no chance she was pregnant and it got sent away. Can you put it in fridge to keep fresh for docs as they will send it away for analysis.

Good luck and let ya know what they say.

Yes and agree do a preg test, even if you have miscarried preg hormones will still be there. That will also help doctor decide what to do x

Am i having a miscarriage?

well in 6 weeks pregnant, been bleeding for the past week brown turning into heavy red and 2 days...

Am I having a miscarriage?

trailed away, the blood was dark red to brownish colour but no bleeding yet as of now and I'm 12...

Positive pregnancy test 4 days ago been bleeding for 3 days but test still positive can’t get a...

Am I have a miscarriage?

I am 6 weeks 4 days pregnant. I’ve had brown spotting for 3 days now. I have lower back and stomach...

ago I started heavily bleeding and having really bad stomach cramps. The blood is very dark red...