Some of you may remember I’ve spoken about my step sister before - we had our babies 3 days apart as my baby was early and hers was late and they’re nearly 5 months old!

My little boy is a pretty chilled baby, he’s quite content laying on the floor with his toys and rolling side to side but hasn’t quite gone back to front yet.

However her little girl has been rolling for a while and she wanted her to crawl so she’s been leaving her with toys not in reaching distance so she’d have to move for them - personally I think it’s a bit soon but it’s her choice.

I knew I’d get comparison comments and I tend to ignore them as I know all baby’s do things in their own time. Just wanted to ask advice if I should I be concerned in terms of developmentally that he’s not yet rolling back to front? 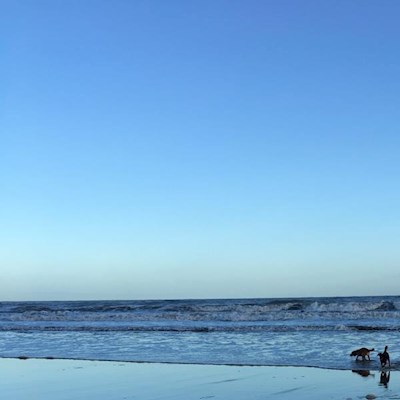 E_05
To view profiles and participate in discussions please or .
15 Replies
•

Hiya!! I wouldn’t worry at all! All babies are different. My HV did said to do the same by putting toys just out of reach to try and encourage them to move for it too. My little girl is 9 months and all her little baby friends similar ages are all at different stages of development. Xx

Thank you, I thought he’d end up doing it when he’s ready. I leave his toys out of reach a little but she gets a toy and throws it so her baby has to move after it 🙈

We got front to back quite early at 4 months during tummy time but it took at least another two if not more to get back to front so I wouldn’t worry. My friends little girl was sitting at 6 1/2 months and my little girl took until 8 to get to the same place and there is only 2 weeks between them. As long as they are doing things by the maximum time you’d expect them to I wouldn’t worry at all. We’ve only started getting teeth, first one at around 9 1/2 months and now she’s 10 1/2 she’s making up for lost time and getting 3 at once 😂 She’s also now crawling like a trouper and pulling herself up so late sitting didn’t seem to correlate with late crawling either (a baby at the nursery only started crawling at 11 1/2 months!) I remember you from the fertility forum, I’d just try to enjoy your maternity leave, it goes by too quickly 😊 x

Thank you, he got front to back around 4 months as well but seems to have no interest in the other way 😂 I do keep telling myself he’s happy and healthy so that’s all the really matters everything else will come in his own time but there’s some days it just plays on my mind more x

It’s hard not to compare, I do it too 🙈😂 we just want the best for them. Sounds like if he’s happy and healthy you are doing a fab job 😊 x

How early is your baby? My twins are 5m but 8weeks early. They still can't roll front to back. Having said that both of them had their first tooth at 2m (that would have been their due date)... I wouldn't worry at this stage x

Hi my love... I wouldn’t worry at all... my baby could roll on his front at 5 months but couldn’t get back on his back. However he’s just turnt 6 months and is rolling all over... so don’t worry he’ll soon be all over the place 😊😊

No you should not be worried at all!!! Your baby is doing great for his age. Some babies love tummy time, others not so much. You can challenge your son, but you don't have to do it for too long. A few mins here and there... they get tired pretty quickly.

Your son is doing great. Let people make their comparison comments but treat it as water off a duck's back. My son's cousin, who is similar age, was walking first, and we got the comments. But it didn't take my son long to be doing the same. Not all babies develop at the same pace. Just enjoy watching it happen

Mine were quite quick at everything rolling at 3 mths walking at 9mths but didn’t speak much until 2 where my sisters first was full on sentences at 1 yak yak never shut up lol they do things when they’re ready at their own pace.

Not at all. My little girl rolled front to back at 4 months, was sitting properly at 5 months, pulling herself up at 7, cruising at 8 , crawled and rolled back to front at 10 and walked at 12. Completely in a the wrong order and not how I expected her to develop but she’s fine and a very bright little girl. Listens to what she’s being told, understands basic instructions- put it back, close the door, what do you want (when shown two things) etc she has just turned 14 months. No real words yet though. They do things when they are ready, all we can do is encourage them and applaud them when they get there. A friend of mines child didn’t crawl until 13 months and now she’s shooting off all over the place.

I have exactly the same thoughts, my little boy is 21 weeks and not really showing any interest in rolling over front to back or back to front. At the classes I go to, most of the little girls are rolling over no problem at all! Hard not to compare and I know he will do it in his own time but have been a bit concerned!! He is sitting up really well though unsupported for a few minutes!! Is hard not to overthink everything!!

I wouldn’t be concerned as most children will do it when they’re ready to. Although I understand the comparisons of when children are close in age.

My son rolled front to back at 4.5 months then didn't do it again till 6 months. Every baby is different. x

No definitely don’t worry. My daughter didn’t roll at all until 5 months then pretty much stopped doing it at all for a couple of months whilst other babies were doing linking rolls etc. Then all of a sudden she commando crawled and now at 9 months she’s just taken her first steps with a walker. They’re all so similar yet so different!

Light spotting at 17 weeks. Should I worry?

lovelies. I'm 17 weeks with baby number 1 and today and yesterday had a TINY little pale amount of...

Why aren’t I getting pregnant should I be worried?

18 weeks and not felt baby for 24 hours should I be worried?

Hi. So I started feeeling baby quite a bit from Thursday last week and have been feeling him every...