A couple of weeks ago, when I was 24 weeks pregnant, I felt that my baby's movements had reduced and were much more faint than usual too. Aftee reading on several reliable websites (including nhs and tommy's) that you had to report this immediately and never leave it to the next day I got really worried and ended up going to the hospital at midnight to get it checked. They checked the baby's heartbeat and my blood pressure and said that everything was fine. What has me really confused now is that they also said that at this stage of pregnancy there is absolutely nothing they could do if indeed something was wrong. I think they mentioned that only from week 30 or 32 they could intervene if something was wrong. Since then I've been reading trying to find other sources that tell me at which stage of pregnancy you should report reduction in movements that could potentially save the baby if something was wrong but all I find is that you have to report any reduction once you have started to feel the baby. So, which one is it? Could reporting this potentially save the baby or is it pointless (except for peace of mind) because nobody can do anything about it until you are 30 weeks pregnant?

Has anybody been told anything similar? 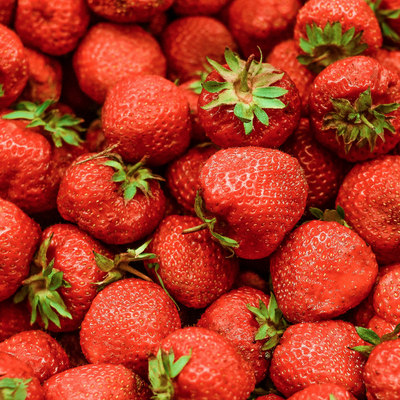 QT314
To view profiles and participate in discussions please or .
15 Replies
•

Apparently a baby's movements don't settle into a routine until 28 weeks. So I think from then you should definitely report any reduction. But I'm sure the midwives would be happy to check you whatever stage.

Try not to worry. Have a cold drink and a sit down if you think you've not felt baby in a while. Usually I find my baby is much more active the second I sit down or have a bite to eat. I've only just reached 28 weeks and I don't really know my baby's pattern but I feel movements often.

QT314 in reply to Kempton

Thanks a lot for your reply Kempton. I had again a few days last week in which the movements were very faint- they were there and fairly often but as if she was in a position where her kicks were more cushioned. I didn't go to the hospital that time and now she's kicking strongly again

hope it stays that way so I don't have to keep debating in my mind whether or not to go to the hospital every time there is a change...

Kempton in reply to QT314

Yeah do try not to worry. She's probably wriggling around all over the place. Do you know if your placenta is anterior? I know mine is and apparently that can cushion the baby's movements.

But honestly, this is my second and I can't get over how many different places i feel movements. Sometimes really low down, sometimes right under my ribs, sometimes left, sometimes right! They still have loads of room at the moment (I'm assuming you are about the same stage as me?) So she'll be all over!

I agree with comment above. Try to relax and enjoy each movement and don't stress about counting them yet.

I never counted movements as both my kids are hyper-active inside me, moved nearly non stop.

I remember that in early weeks my babies would be very active for few days and then few days calmer. And repeat. Maybe some people will think I was irresponsible for not reporting it, but I found that it was normal activity pattern for them at early stages.

Now my girl is so active at 34w that looking at my bump and feeling those movements makes me physically sick...

I had to count the kicks when I was pregnant with my son ( this was 21 years ago) & his movements slowed right down in the last few weeks I was told this was normal- something they don’t say anymore. He was lucky to be alive my placenta was packing up at the end of my pregnancy. I know this as his feet & hands were wrinkly like an over due baby ( midwife thought he was over due) but he came 6 days before my due date...

These days they tell you to keep an eye on it by making sure baby is kicking / being active for whatever their normal pattern is & if concerned contact maternity department. They suggest ice cold drink etc to get baby moving if that fails have a scan. Better safe than sorry.

I found my daughter was more active in the afternoon/evening she’s 5 weeks old & sleeps more in the morning! My placenta was anterior so didn’t feel proper kicks until 24 weeks . Once she was bigger it was easier to feel her move 🤣

If you are ever worried phone the maternity department they are very supportive.

All the best with your pregnancy xoxo

I had reduced movement at 27 weeks and went to hospital everything was fine. Was told I should’ve spoken to my midwife and they see you at the hospital from 28 weeks, don’t know what the reason for that is, luckily movement has been great since

I reported a change in movements last week to my midwife, I was 24 weeks then. She said not to worry until after 28 weeks unless I can’t feel any movements at all. My placenta is anterior too so that means I don’t feel much movement in the front. Everything seems back to normal now though

I wonder why they say that about anterior placenta. In my both pregnancies it has been anterior and with both I started feeling movents around w16... I suppose it really depends on person to person. Now 34w, had an ultrasound on Monday, placenta still anterior, still can see my girls elbows & knees on both sides of my belly sticking out...

Thank you all for your replies. I wish I had been told about the 28 weeks, it would have saved me some unnecessary worry bc the little one was moving, just a bit less which for what you all say looks like that inconsistency at 24 weeks is normal. However when I checked online they didn't specify that but advised to report it asap and that freaked me out a bit. I'm 26 weeks now and she's moving more now

I don't have anterior placenta btw. Hopefully the movements will just keep increasing and being more obvious (although maybe not as much as to make me sick, sorry to hear that ChrisWest!). Thanks all again for your lovely replies xx

Please try not to worry. There is really no answer to what your babys movement should be like. Some people barely have movement the entire pregnancy and give birth to a perfectly healthy and behaved child. My sister in laws first pregnancy was crazy movements with her first daughter who is super hyperactive girl now... While her second pregnancy was barely moving she had to knock on her belly to ask "hello r u there?" Her second daughter is very behaved and doesnt cause the mom much troubles haha

My sister in law Had so little movements that'd my brother never felt baby moving.

On other hand me: I can watch my baby girls knees & elbows all over the place ...

My boy was active in my tummy and is very active now being a toddler... Scared that this girl will be even more active 😟 how will I cope with both of them...

I know what you mean about lack of information.

My flutterings started at 18+6 and turn around 22 weeks they eased off.

Have had previous miscarriages and this is an ivf baby, so contacted the midwife helpline, I was basically told although not nice to be told, that baby isn’t really viable until 24 weeks. Didn’t help the way I was feeling, so a few days after I rang the hospital and they organised the on call midwife to do a doppler check- all was ok.

Few days later, baby started kicking etc and it could be seen and even felt by hubby, so I was happy.

I know my placenta is at the front, but I didn’t know when do you start to worry. Stewed on it for a few days and then text the midwife and she told me to ring the hospital.

Went there late at night and they did the basic checks, checked the heartbeat and again all was ok, we were 24+5.

She said that they do promote getting in contact following a reduction in movement and never to worry about contacting them.

She said by 28 weeks, baby should have a pattern and that’s when you don’t delay in contacting them.

I would never have forgiven myself if I hadn’t of got checked...you do what’s best for your mind x

QT314 in reply to Hollibob

Yeah, that's exactly what I found confusing - finding that balance between not over worrying unnecessarily and taking action when there is reason. I'm glad that everything is going well with you

You did the right thing, the midwives should always be willing to see you and check in on baby, if they aren’t that needs reporting, I was in hospital about once a month from 22 weeks with reduced movements, baby was always fine he just liked to be awkward, and I was told there are women who are in there every single day of their pregnancy because they’re worried about movements, and even though they’re fine they will check them on the off chance something is wrong. Also after 24 weeks there is a good chance of survival, so they would intervene if something was wrong, I’ve done university placements on the NICU and seen plenty of babies born at 24 weeks, I’d definitely question whoever told you they wouldn’t intervene x

I was very surprised about that exactly because what you said, if babies are at least viable from 24 weeks, why is there nothing they could do? I have an appointment with the midwife next week and I'll run that info past her.

light movements. Yesterday morning, I had a GTT, and the midwife also checked the baby's heartbeat...
•
10 Replies

This is my first pregnancy. I’m 22 weeks and don’t feel or understand what baby movements are. I...

everyone, I’m 33 weeks yesterday and also had my second round of reduced movements also! (The...

focus on the baby's movements. These ladies are about 10 weeks behind me in their pregnancies; I...

of space and baby getting a bit cramped. I'm 37.5 weeks and although Squiggly does indeed give me...