My little girls 6 weeks old and I feel like me and my partner are constantly clashing, I’ll soak the bottles before washing them and making sure there isn’t any bubbles in them, he will literally take them right from hot soapy water into the steriliser leaving dried milk around the bottles, then he feels like I’m moaning when I say something! I didn’t say anything and I used to resterilise the bottles found it more difficult when lo is having a grizzly day and I can’t keep redoing everything, he will come back from work and then suggest I take her in the bath with me or go and have an hour but take baby to bed with me, which I don’t mind but he wants his relax time after work and he gets it and I find I’m not having time for myself he will plan the weekends to travel and not tell me but expect me to just go a long with them, I’m beginning to feel run down, he keeps telling me his depressed and I am trying to help him but there’s only so much I can take he seems to be this budding dad when he goes up back to where he used to live but down her he doesn’t seem to want to know 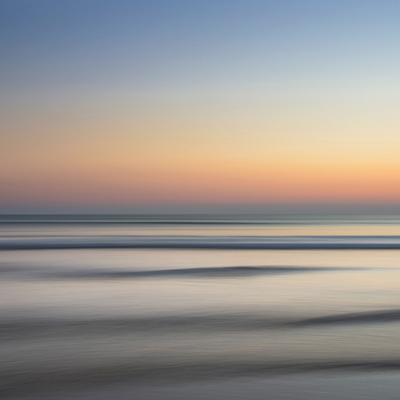 Lilmossy
To view profiles and participate in discussions please or .
10 Replies
•

Hi it’s hard adjusting by 6w your both starting to flag your both tired thing have changed massively in your lives. It’s not just you everyone goes through it and men always think you’re moaning if your telling them they’re doing it wrong then they strop like 2 year olds lol. Just have to work at things together and talk more, get a babysitter go out have some booze and fun then a good nights kip and a lie in does you good.

Lilmossy in reply to gcw104

I was made to start going places my sister had my LG when she was 2 weeks old over night so I could just have a bath, as I had started to just cry constantly and since then we have said yes to baby sitters because we both know it’s good to put yourselves first a Few times and even then we tend to just clash

It’s very hard, it’s a whole new change. Me and my oh still clash, bicker 14 weeks later, being a parent is very hard and challenging, but 1 of the most rewarding jobs in the world.

My oh is the same, when around family he will act like he’s the dotting dad, but at home I’ve got LG. x

Lilmossy in reply to Annh17

His comment to me was I’ve had her since I walked in from work, it was 4 she had the bath with me and then we took her bed at 8 it infuriates me he made a comment like I won’t relax yet, he went and showered n put love island on but turned the tv loud bare in mind our LG has been very clingy today constantly crying nothing working she’d settle for 15 minutes n wake up as soon as I put her down I had 3 hours sleep and that’s mainly because my mum had her for 2 hours yesterday morning otherwise i didn’t have any during the night I felt like I was just going to break down tbh I try tell him how I’m feeling and he just says count urself lucky u have 9 months off with her ect.

My oh is still like this I think he’s found the transition very hard. He is trying and wants to but he’s not got the confidence or patience to do so. However, he is improving so hold out for that. As baby gets older it gets easier, they get more confident and start realising what needs to be done. He has moments of realisation which open his eyes a just a little bit more. They don’t all have the built in parenting mode

Lilmossy in reply to Kata89

Kata89 in reply to Lilmossy

My oh was great then too. I honestly think that them working and having a newborn at home makes it harder for them. My partner says he doesn’t know how I do it, in the early days they miss what is happening during the day with baby and I think forget how hard it can be. Often being at home with baby is portrayed as being a lovely time and idyllic. I’ve gone back to work now so we both have to work and look after her so it’s feels like we have the same responsibilities rather than him main earner and me mainly childcare if that makes sense.

I would imagine it's hard trying to adjust. I say that as I'm only 32 weeks at the moment and already me and my oh are starting to argue over breastfeeding. I would pref bottle fed and he doesn't want me to even get any. When I said I wouldn't be able to drink alcohol or have an energy drink etc, and was worried about my meds he said "it will only be another 6+ months". Yet he has a couple of cans of beer every night and couldn't go without 1 night. We try to split rolls and jobs in the house. He cooks, I wash up, he takes out rubbish whilst I do laundry and ironing. I imaging we will have to have a similar pattern when lil one is born. He sounds like he wants to help but is just getting in the way. Maybe you could say "I'm happy to clean bottles if you can be huge help by..." Men are so much more immature. Everything is a hastle for them. I have to say "thank you lovely" for doing the simplist thing otherwise I guarantee he will tell me he's done something and expect a pat on the back. We don't make announcements that we've done certain things. My brother is the same. He would make an announcement like "I've mowed the lawn" and my sister would reply "do you want a gold medal" and laugh. That would get him so angry lol. Oh dear, I hope you get some quality time to yourself and can find a compromise with jobs etc. Wishing you all the best. Knowing I've got this to come lol x

Kata89 in reply to Music1

Good luck. You can try combination feeding. I’ll put it out there that breast milk is better for the baby, however you’re the one who’d have to do it. No one, even your oh, can tell you that you have to breastfeed! From experience of both, I’d say that night feeds are easier when breastfeeding, but you don’t get the same freedoms if you exclusively breastfeed. It can also be really hard. There is nothing to stop you from doing both, or exclusively one or the other.

I kind of envy you ladies.

From the start I knew I won't be able to rely on my man around the baby - or anything that has to be done for/with the baby -so I rather did it all by myself (nappy changes, baths, breastfeeding, expressing, sterelising, bedtime, laundry, ironing) as I knew I would not trust my partner doing any of those jobs.

And because he was working, but I was at home with the little one.

I hope you'll find some compromise

Or accept it for now. Babies grow up so quickly!

My baby is turning 2 years old this week 😊

Rather than a pregnant 34 year old I feel like a 5 year old who can't be left alone...

How on earth do you cope with your mother in laws!! Need a rant no matter how petty it may sound

stupid she feels I'd be being if I went for my first choice of a home birth, then when her husband...

to build up my milk supply, have managed to stand in the kitchen at 4am to sterilise the pumping...

baby and I’m at a point that I kinda feel stuck.

I might be having ‘one of those days’ that feels...

Pregnancy rant..morning sickness is killing me