So I’m a mum of two; my youngest being 4 months old. I haven’t had a great history with contraception... my first was conceived while I was on the combined pill and my little boy was conceived while I had the coil... I opted to give the pill another go but this time having Desogestrel as I’m breastfeeding.... anyway I missed a few pills the last two week, and (SORRY IF TMI) I’ve just has blood-tinged mucus discharge. OH works away during the week so I don’t know if we were just a bit too aggressive when he got back this weekend and that’s caused the pink/blood lined discharge or if it’s something else. Maybe it’s just because I missed the odd day and it’s affected my hormones causing spotting..

Again TMI sorry : My cervical mucus the past couple days has been very ‘fertile’ and now this is making my worried.. I shouldn’t be showing signs of being fertile while I’m on the pill... unless the missed tablets allowed an egg to be released?!

How long after fertilisation of the egg does it implant? (And possibly cause implantation bleeding?)

I’m hoping I’m not expecting as I’ve not even gone back to work from maternity leave!! I think I’m going to stick with condoms from now on!!

And a quick disclaimer I’ve been completely honest with OH about the missed days, and we have both taken the risk by not using another form of contraception. We do want another baby but ideally not right now, we’d like a longer gap

any advice would be appreciated 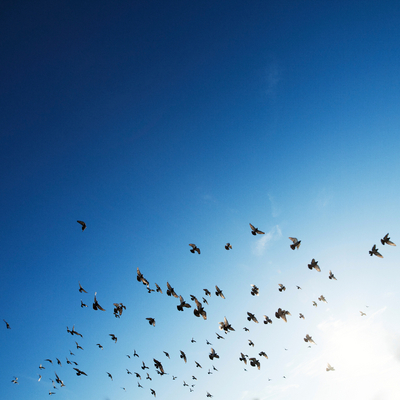 MummyChlo
To view profiles and participate in discussions please or .
Read more about...
5 Replies
•

Could be your periods returning, mine returned when baby (also four months) was three months. Apparently contraception can trigger their return even if breastfeeding, which you haven't specified so this comment may be useless. If your concerned test though.

MummyChlo in reply to Kata89

Hey sorry I went on a bit of a ramble,

I started on the mini pill three months ago and it did trigger the return of periods (which i was a bit disappointed as I didn’t have them for a year when I breastfed my daughter) I’m still exclusively breastfeeding him but since taking oral contraceptives it did cause a shorter less heavy period.

But thanks that’s reassured me a little bit, I spent hours on google last night and ended up down a rabbit hole!! Xx

Kata89 in reply to MummyChlo

My first one was really light and had me worried. Then the second came and I had a chat with a health visitor. Didn't think they returned at all when breastfeeding so was a bit of a surprise.

Its likely just a response to starting the minipill. The extra hormones can make your body do odd things. The (in my opinion) worst part of periods and breastfeeding is that they can still be so irregular, I had mine come back at 11 months pp, and it was a normal 6 day period, and then nothing since, my son is nearly 13 months.

You would test positive approximately 2 weeks after ovulation, if you are in fact pregnant. So that would be your time to test. I hope you get the result you are hoping for xx

Thank you 😊 I thought that’d be the case xx

Is this implantation bleeding?

the 30th Jan and since yesterday I’ve been getting this brown discharge when I wipe on and off. I...

brown discharge) but I am not supposed to start my period for another 9-10 days. I am on the pill...

Is this implantation bleeding or not!?!?!?

she thinks is implantation bleeding made an appointment for 22nd. I’m so lost. I’m stressing out

Sorry I’m advance for the essay. I’m around nine weeks pregnant, and last night I was at a stage...

Is this implantation bleeding or AF?**WARNING; GRAPHIC PIC**

having brown discharge and then pinkish red discharge. That only lasted a day. Now it’s gone back to