Just looking for some advice. Our baby boy is 17 days old today. This morning around 5am in his crib his eyes were shut and he was making a bit of noise, like moaning. I thought maybe dreaming. By 6am he was quite tearful (not hysterical) and wanted to be held and wouldn’t settle if put down.

Had a visit from Healrh visitor who thought colic so we went to chemist and got infacol.

I’m reading about colic online and it just doesn’t seem like what he is experiencing, like it says babies will cry for a period of 3 hours usually afternoon or night and that it’s quite excessive crying. He isn’t crying, he’s sort of moaning but becomes a little tearful in certain positions but since 6am I’ve not been able to put him down at all because he just cries.

Health visitor also suggested he’s feeding too frequently - im feeding on demand which Midwife advised to do as he’s quite hungry regularly but health visitor said the opposite. She said make a bottle and whatever he takes he takes then get rid of the bottle and don’t feed him again for 2 1/2 hours at least, she said the constant feeding has probably upset his tummy? I guess it might have but sometimes he’ll have maybe 70/80 mls from a bottle and around an hour later he’s looking for more?

Anyway just wondering if anyone has any advise - does this sound like colic or something else? Any advice of his feeds? I’m using formula (cow and gate). 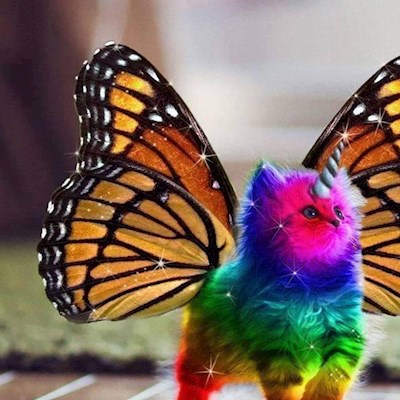 Amanda86
To view profiles and participate in discussions please or .
26 Replies
•

Hi it sounds like a upset tummy Hun. I is he being sick at all what is he like burping wise ? X mummy knows best always believe yourself if you feel somethings not right book in with the gp Hun. Not saying is anything wrong but I remember been told it was nothing with my little girl by health visiter and told colic I knew they was wrong but listened when she didn’t settled I took her to the docs and yet again was told I was over reacting that she was just a cryie baby so took her to A&E to be told she was suffering with reflux and hurt her thoart she was 2 weeks old fully breast fed too on demand. Ring your doc get himseen Hun xx also lay him on a incline and swoddle him xx

Thanks very much for the reply. I’m going to get him a GP appointment tomorrow.

No sickness, just seems to be quite upset when passing wind and doing a poo 😞 it’s horrible.

I’ve got a little wedge for his crib so I’ll definitely use that tonight to see if it helps.

Amanda86 in reply to Tezzabell86

I think demand feeding is just for breast, 3-4 hours between bottle feeds and throw away if not drank don’t feed if it’s been standing that could upset baby’s stomach. Make sure you get his wind up give it sounds like he has wind trapped which is painful try half a bottle wind him then finish that might help.

Also try swaddling him it makes them feel safe. And prop up his mattress. Trial and error sometimes they are just unsettled for a few weeks.

Thanks for the reply. They suggested feeding on demand as he was 3 weeks premature so taking very little. Even now he’s only taking maybe 80mls at most from a feed, but will be hungry again maybe a half hour or hour later. I’ve popped a little wedge under his crib mattress so hopefully that’ll help 🤞

Oh ok maybe for early babies little and often as their belly’s are small. How big was he at birth?

He was 6lbs 13oz, dropped to 6lbs 5oz at his first weight check but today his weight was 7lb 2oz so he’s definitely getting enough formula anyway, even eating little and often.

Reflux they might refuse milk and cry, arch their back while feeding, vomit milk frequently, cough during the night.

Yeah he definitely would have been big I think!

He’s refusing his bottle just now even though he’s hardly had much today and usually enjoys his feeds, also bringing up a little curdled looking milk.

I think I’ll take him to doctor tomorrow just to have him checked over for peace of mind and hopefully they might be able to give me something for reflux if they think it’s that.

Also my babies couldn’t drink a lot but we’re hungry so started using hungry baby which filled them up but they drank the same amount.

I agree with the cooled boiled water in between feeds only about 1oz it will help his digestive system, I done this with all my 3 girls ! I also noticed that my youngest daughter didn’t settle on cow and gate like my other 2 daughters it didn’t suit her so I put her on Aptimal and she fed every 3 hours. They do a reflux milk to if your baby has reflux or soya problems , it might be trialsnf error but does sound like a build up in his belly .

I hope you all manage some sleep!

Thanks everyone for all your replies.

Sisi14 in reply to Amanda86

Aw Hunni your both not too good , I hope the gaviscon works for the little one and you also get better , hope you both get well by the weekend. Xx

That does sound like a lot of feeding... babies sometimes just want to be held it does happen. It's a big change from being inside mummy then outside into the world. Have you tried a dummy? Maybe he wants the comfort of sucking rather than being hungry

Amanda86 in reply to roxannacar

Amanda86 in reply to Joey89

Hi Amanda86. In my experience with colic, babies tend to pull their legs up to prevent pulling on their tummies, so don't think it is that. If he is weeing and pooing ok then it's probably nothing to do with his digestive system. Is he hot? Not specifically with a temperature, but it has been very muggy of late. I would just watch and wait. Of course if you are worried at all, then off to your GP.. Hope he soon settles. Diane xx

Amanda86 in reply to DianeArnold

Thank you for the reply. We ended up going to hospital last night and he’s got reflux, I’ve been given infant gaviscon so hopefully it’ll help him 🤞

DianeArnold in reply to Amanda86

Hi Amanda86. You did the right thing, so you have helped him. I don't know whether thy gave you any advice, but if not, be careful the bottle nipple hole is not to big and just hold him up a bit more when feeding him and burp him more often. Hopefully it will settle eventually. A worry you don't need, but hopefully the Gaviscon will help too. Thinking of you. Diane

instance, he’s been fed and winded and rocked and put down. But every few minutes after going down,...

dog is safe with our baby but don't know where to start: she has not given us any indication that...

being shown feeding techniques, burping/winding, how baby is after being fed etc I feed her in my...

Has anyone got any advice on helping a breastfed baby to accept a bottle? My little boy is 6 weeks...

vomited, he feeds every 1 to 3 hours throughout the day/night as well as cluster feeding and has a...