Am I missing something? Unsettled baby.: Wondered if... - NCT

Wondered if anyone had any advice on how I can settle my newborn baby?

He’s only 11 days old and I know that babies of this age can cry a lot but I’m worried I’m missing something that’s obviously wrong.

During the day he’s generally fairly settled either sitting with me or in his carrycot. We’ve been out today in the pram and he was fine. Even when he grumbled a couple of times he was fairly easy to settle.

For the last two days, yesterday & today, he’s become very unsettled (ie constantly screaming) from about 7pm onwards. Last night he cried from about this time to around 3am & I was in tears myself because I felt helpless to make him feel better. The only time he wasn’t screaming was when he was feeding (he’s breast-fed) but then he was at it again immediately afterwards. He does spit up some of his milk and I struggle to wind him generally.

He’s settled and asleep now on me (I’m sitting and he’s on my front) but I know I can’t move him or he’ll start again. It’s like he can’t tolerate lying down on his back but he’s fine with this throughout the day and has previously slept ok at night (for a newborn!) Could this be just wind or reflux? But if so, why does it only bother him in the evening and night?!

Any ideas? I hate seeing my little baby so difficult to soothe as I worry that he’s in pain and feel awful that I can’t make him better 😢 x 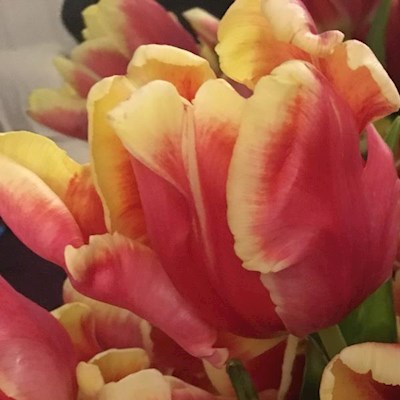 kt_11
To view profiles and participate in discussions please or .
21 Replies
•

This was my child for about 6 weeks when I breastfed. I propped up the mattress in the Moses basket I put rolled up blankets either side sometimes it would work. I think she had colic or was starving because I started bottle feeding and it stopped so not sure.

Thanks for the reply. I did try to prop the mattress but only as a bit of a last resort when he was already distressed so could try again. I do wonder if he’s hungry but again he seems ok during the day. He’s got a little tongue tie but every professional who’s watched him feed has felt he’s latched on well and he has put on weight.

The two nights before last night, he went straight down to sleep in his cot, woke every few hours for feeds but didn’t cry at all which I know is pretty good for a newborn but that’s why I worry that something is now bothering him.

You could always try one bottle say 7pm then breast the rest and see if it makes a difference, I didn’t know at the time that was an option it might have worked for her. She fed fine through the day then cried from about 7pm and then was unsettled most of the night I was a zombie by 6 weeks.

Also swaddling I didn’t really do it with her but my 2nd daughter I did and she was a total different child I thought my first was how babies just were and they cried a lot but no she was a breeze. I hope my next one is super good lol

Sounds familiar yesterday and today at least. Seeing my midwife in a couple of days so might have a chat with her about that. Might even be that if I ask for the tongue tie to be treated, he might not have to work as hard to feed.

I did swaddle him in the end last night. Didn’t settle him instantly but might well have helped in the end. I swaddled him the first few nights but then stopped as he was already very settled when I was putting him to bed. Might start again though, thanks 😊

MIght be cold or hot. Check your room temp. Also try infacol if you suspect colic x

kt_11 in reply to Georgina_D

Thanks. Got a room thermometer but still getting to grips with what I need to dress him in based on what it says so will keep an eye on that. And will look into infacol. I’ve heard of it but don’t really know anything about it.

He’s actually asleep now 👍🏻 so will see what happens after he’s woken for a feed - whether he settles again or if I’m in for several more hours of crying!

Georgina_D in reply to kt_11

Infacol is for colic. You give before every feed for a few days. Ask pharmacy x

Our son was exactly the same! I even took him out of hours doctors because he's not really a crying baby. He only cries when he's hungry and even then it's more of a winge than a cry.

He struggled practically every night to sleep. He was waking every 3 hours, having a bottle then taking an hour or 2 to go back to sleep.

He cried non stop for hours the other day and I was that concerned, I told my fiancé as he was working and we took him the out of hours. He said he had colic. We got infacol and bought colic bottles and he's been brilliant! Been sleeping for 6 or 7 hours. As he's breast fed though I'm unsure what to suggest :/.

You can prop him up by rolling a blanket up and putting it under his mattress to raise him slightly. Can use infacol and give him some before feeds. Or try gripe water. A lot of my friends swear by it but our boy kept choking on it xx

This was happening with my son and it was reflux and colic. He now takes reflux meds and infacol. Same thing happened with my daughter but it was she just wasn't able to get enough milk at night. I'd express so if she got unsettled I could top her up with more of my milk. My son mainly has expressed anyway because of his reflux. Chat to the health visitor but if you suspect there is a problem take them to hospital. One night my daughter was crying and wouldn't setthe it was meningitis.

On Amazon they sell a Hammock for a Crib. Apparently it’s Unique shape and function mimics the natural mother's womb helping newborns self-soothe and stay asleep longer. It has other health benefits too. Maybe worth buying? Don’t forget baby is use to the womb environment so being in the world & sleep on a mattress may be a little uneasy.

Hi Kt, it sounds like he is getting comfort from boob so try to let him have that as much as you can, how many wet and dirty nappies is he having?

If he tends to cry lying down then it could be reflux - have you tried feeding him and then afterwards keeping him upright for about half an hour? The good news is if it is, breastfed babies have less periods of reflux. The dr can also give you gaviscon to help.

Or it could just be wind. Try cycling his legs and tummy massage.

Or it could be evening fussiness. Skin to skin can help calm babies too. Or rocking, cuddling, boob and more boob!

What’s his feeding like? If you feel like he is finding it hard to feed due to the tongue tie then push for it it be looked at again and snipped if needed. Is bf comfortable for you? X

Yeah bf is ok for me and there’s been no real sign that he’s struggling to feed. He was actually ok again last night so it’s obviously an intermittent issue whatever it is.

When it happens I’ve tried keeping him upright after feeds but he just doesn’t stop crying in any position (other than being fed). He will settle with feeding but then starts to grumble again when I try burping him so the temptation is to put him down straight away while he’s sleepy. But this can cause him to bring up his milk.

Sometimes babies just want to be close to mum and it is really hard in the first few weeks. Do you have a sling or if not a sling library? That might help x

Thanks, yeah I’ve got a sling. Still getting to grips with getting it on and putting him in it but hoping it will be used more as we get used to it. I don’t mind so much if he just wants to be close to me but sometimes even when I hold him and cuddle him he still cries which is what makes me think he is uncomfortable at those times.

Think maybe I just need to take each day at a time and try getting used to recognising the signs of how he’s feeling.

The crying in the evening and at night is fairly typical of colic. Try different ways of burping ... my Lo had to be put over my shoulder and rub back... I used to give her infacol seemed to settle her

kt_11 in reply to roxannacar

Thanks. It doesn’t always seem to work that well burping him over my shoulder but I have tried a few ways, finding that over my knee is perhaps best. He just doesn’t seem to like being burped regardless.

Weirdly he was ok again last night so whatever it is, it’s intermittent. Does that still sound like it could be colic?Still want to be able to recognise what the problem is and sort it as it’s heartbreaking to see him so unsettled.

roxannacar in reply to kt_11

It would well be colic still... it doesn't happen all the time with colic... reflux tends to be more throughout the day and feeding can be uncomfortable, babies particularly dislike being flat in their back and want to be upright

Mine was very similar - I breastfed for 24 hours solid it felt for about the first 2 months. He would only sleep on me, my partner or my mum during the day and at night. Hang in there, it wI'll get better. And you will survive the zombie-time.

We had exactly the same with our baby girl - she was fine during the day but as soon as it came to sleeping in the moses basket she was very unsettled and kept crying etc . When i went to the midwives - she suggested infacol and we never looked back xxxx

kt_11 in reply to Loubump

Thanks. I’m off to the midwife on Tuesday so will have a word with her about it xx

similar and any advice to help him settle a little better please? I’m worried he’s not sleeping...

some advice. Our baby boy is 17 days old today. This morning around 5am in his crib his eyes were...

Struggling with baby in lockdown

play with him to give me a break. I love him with all my heart but I’m beyond exhausted and can’t...

throughout the day he’s seemed a lot more unsettled and often breast feeding is the only comfort...

Am I doing something wrong?

feeling any movements yet and I’m 19 weeks and a couple of days. I’ve only felt like 3...