I'm new to this so not sure who will see this or when haha, but me and my partner want to try for a baby. I was on microgynon 30 for around 2 years, which I then bled for an entire month whilst on it, so my doctors switched me over to Cerelle, I was taking Cerelle for a few months but now we want to try for a baby. I stopped taking Cerelle around November time, and I have had 3 period since, two periods within December which I think is odd? But had no luck yet in trying to conceive... I was just wondering how long it would take roughly to get pregnant? I know it can take up to a year if not longer but would like to hear other peoples stories who were also on Cerelle? Just getting a little gutted when my period comes along, because clearly I haven't conceived. Anyone have any advice, recommendations? Stories to share? 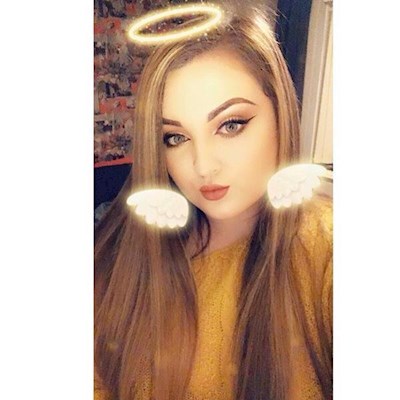 ffsjes
To view profiles and participate in discussions please or .
Read more about...
11 Replies
•

It's normal for periods to be a bit wonky after stopping contraceptive pills. As for ttc 3 months is well within normal! As you say it is usual that conception can take up to a year. I was fairly lucky as I got pregnant the month after I stopped cerelle so don't give up hope! I would suggest to get an app to track your periods and it will give your fertile days

I do have a period tracker and when I'm likely to ovulate etc so I am doing this to try keep track. I came on 13th to the 17th Nov, then slightly the 11th Dec to the 14th then was off. Came back on on 27th Dec to the 1st and then was off. Now I'm on again, came on yesterday properly. Just frustrating, I also feel sick constantly. Could this be due to my hormones just being all over the place and periods being the same? But that's lucky for you! Happy it worked out all good for you!x

Well hey there dear. I am really glad to hear that you are about to take the next big step. I am sure that you will make a great mother.

Conceiving depends on many things! You must first make sure that you baby dance around the ovulation days. And obviously in the day of your ovulation. Reducing things like stress and so on are important. Also positions can have a somewhat significant role... The point is to not give up. No matter how frustrating it can be right now.

Contraceptives usually have no side effects. At rare cases they do but in general no. Also don't listen to a story and expect the same to happen to you. For example it took me years and years of ttc... Now I have turned to surrogacy. So yeah your story will be unique in a way I guess. Wish you luck.

You can also buy ovulation tests, these pick up the hormone you release will ovulating. They get darker until the line is darker than the control line, which means you’ll ovulate within the next 12 hours. The peak is very short so potentially worth testing morning and night. I bought some cheap ones from amazon, about £3/4 for 25 or so. They worked for me.

Good luck for next month, try not to get too obsessed (easier said than done) or it can drive you crazy!

I was in a similar position. After my husband and I were married, I came off the pill immediately and thought it would happen straight away but it didn’t. I was heartbroken each month my period arrived. We had been trying for approximately 6 months and still nothing. I was seriously considering adoption as I thought it just wasn’t going to happen for us. I had read that it can take up to (and more than) a year but decided to make some changes...

I stopped putting pressure on us to conceive so in essence, we took some time out and relaxed. I gave up alcohol, started swimming twice a week and started taking Pregnacare - vitamins, including folic acid (from Vitabiotics online). We took took 3 months off as I didn’t want a Nov-Jan baby as we have lots of birthdays in the family then, including my 2 step-daughters who are both Dec and things can get a little manic.

In May when we started again and it happened straight away. For me, I needed to give myself some TLC first and my body responded quickly.

Hang in there and look after yourself.

I feel like we are in the same postition.

I came off cerelle in July 2017 and my periods came back straight away. We have been trying for 5/6 months now and my heart drops each time my pwriod arrives. I truly feel like giving up and keep thinking its never going to happen.

Sorry only just got to read all your messages! I think I do need to take vitamins and things like that to help myself first of all and definitely buy ovulation tests, think that's a big help, even though I have the app, I can't rely on just that... thank you everyone! Wish you all the luck and thank you for all the messages! Hopefully, will be pregnant soon!xx

Folic acid should ideally be taken before you conceive as it will help baby's spinal cord development... probably before you even know you are pregnant!

Which ones do you suggest?x

Any will do to be honest! I normally go to boots and see what's on offer... any of the pre pregnancy vitamins or the pregnancy Ines are good... they should have folic acid and vitamin d.

Aw okay thanks a bunch! I'll go grab some the weekend x

Trying to conceive came off cerelle

advice or any experiences similar but I came off cerelle on the 25th Feb and I had a really dark 2...

have finally decided after 20 months that we do.in fact want another baby and a LOT of thought has...

people got pregnant after trying for a while, what worked for them etc. also has anyone on here...

pill Cerelle in July this year and the doctor told me that it can take up to a year for my periods...

Coming off the pill and depression

for a month and so far finding it very difficult.

Me and my partner would love to have a baby...

How do you deal with the loss?