Not convinced with my gender scan. Please help ☹️ - NCT 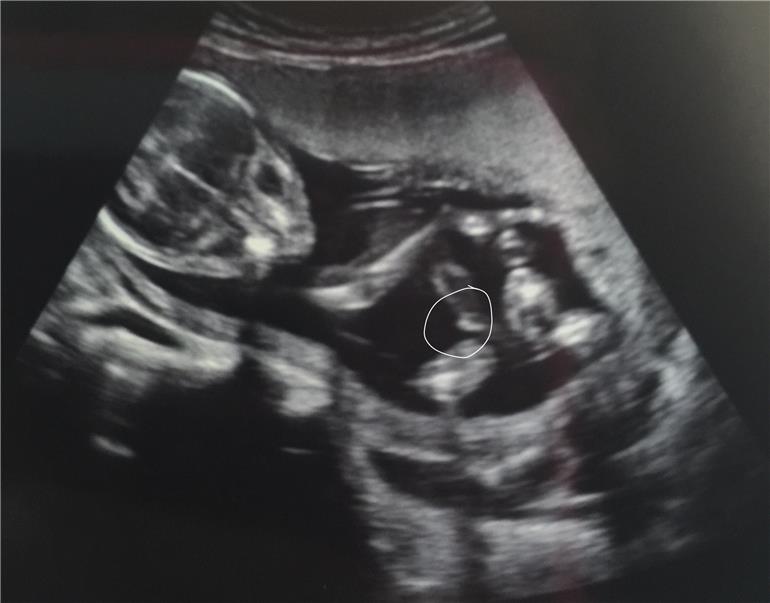 Me and my partner got told were having a boy! Baby wouldn't participate to begin with as he had his legs crossed & the cord on his privates 🙈

My OH had to leave the room for a sec then baby moved quickly then the lady said its a boy and showed me a white line. She took a pic quickly so we could show daddy when printed as he missed it

After studying the picture we don't know if the white line is really is a winky or part of a limb?

Can I get an opinion about her prediction or is it part of a limb? Can you tell if baby is really a boy? Because to me it looks like baby has "his" hand and legs crossed? How did she see that was baby's boy part in that position?

just need reassurance before I go mad on buyin Blues

Joylyn
To view profiles and participate in discussions please or .
17 Replies
•

Honestly I think you need to be ultrasonographer to tell! You will have a 20week scan and they will tell you if you can see, in the mean time buy gender neutral stuff!

Personally I wouldn't go buying anything gender specific yet. The private gender scans are known for often being wrong. Wait till your annomoly scan and ask if they can see what gender baby is.

I had a private scan at 16 weeks and the prediction was correct. Confirmed at 20 weeks at the NHS Appointment. Unfortunately I cannot comment on the scan pic but be patient as you will soon get a professional second opinion. Good luck 😊

You can get a harmony test privately, which is much more accurate as it relies on DNA and it's non invasive. They take blood from your arm and look for the baby's DNA in your bloodstream, then they sequence it and look for sex chromosomes. The main purpose is to look for trisomies, so will also find out about that if you want to. The big downside is that it is really expensive, so maybe only worth it if you want to check for trisomies. We did it because we were not happy with out combined screening test, and it costed 500 pounds.

Joylyn in reply to Marmom

Oh my that cost a bomb!! no way I can afford that 😂 Only 4 weeks left to wait till my 20 week scan anyways so will ask again then

Marmom in reply to Joylyn

I agree that's better to wait

I had quite a few scans as I'm expecting twins. We asked at 16 weeks and they could only tell that 1 was a boy and the other was shy. At an emergency scan at 18 weeks they saw a girl and didnt comment on the second one. At 22 weeks, the boy was seen again but the other was still shy. It was only at the 28 week scan that we could see both - boy and girl. So be patient, the baby might not be lying the right way at any of the scans! We've gone neutral for everything as I still don't trust scans 100%. You hear stories of them being wrong. Anyway, I'm not mad about getting everything blue or pink tbh.

Saif87 in reply to Tlove

So which one should we blelieve

A 3D scan may give you a better chance of seeing but I didn't get one done.

Joylyn in reply to Tlove

Aww congrats on your babies! One of each

yes I agree I think I will buy neutrals for now. Saves the hassle of returning just in case. She did show us baby in 3D towards the end but not sure why she didn't do that to look at the boy parts. That might have convinced us even more 🙈 Xx

Think the comment by "youlotaremad" is uncalled for , this is a help and advice area . Not somewhere for you to come and judge knowing nothing about background or circumstances other than a sentence you just read. I think that's immature.

With our first I actually could not wait to find out who they where going to be so we went for a 4d scan it was clear as day and then confirmed at 20 weeks and turned out correct, my mum did tell me tho that when she was pregnant with my sister she was told 3 times she was having a boy , and when my sister was born she spent the 1 st 3 months of her life in blue 😄

I'm just waiting till 20 week scan this time around the midwives seem a lot more straight with you if they can't see , where as private scans have the need to make you feel it was money well spent xx

Thank you louise2017 and tlove. I read her comment and tried to reply but it was deleted. Not a nice comment to read. Little do people know my 16 week scan is for a well being check not just for gender as I am classed as high risk. Like the other lady we spent our money to make sure our baby are healthy, didn't see anything wrong with that. People can be so cruel and judgemental. I deff don't see us being as bad parents for spending extra money to make sure our children our healthy.

Tlove in reply to Joylyn

I think she was trying to stir things up, I saw another post she put up overnight that was quite nasty too. There's no need for that on a support page.

Now my comment makes no sense, I should probably delete it too!

roxannacar in reply to Joylyn

Surely even if you pay for a non invasive test purely to find out the sex, its your money your business. Not any bodies problem!

That poster was reported by more than one of us on here so they should be gone hopefully. I really didn't like her comments and noticed she literally joined overnight and made several other comments on other posts! Not helpful.

To me it looks like the cord wrapped around the leg. You will find out soon though! They couldn't tell with my daughter at her 20week scan but I found out at 37 weeks as I was carrying excessive amounts of water with her and they wanted to check. I was massive! I have no idea how people have the will power to wait until the birth.

Joylyn I would love to know did you have a boy or girl?

nothing like they did. I asked if she would go between baby's legs and she just pointed out a...

It was confirmed at a private scan at 16 weeks that I’m having a boy and I’m so scared of finding...

Nervous about the anomally scan - can gender scans be wrong?

So today we went for our gender scan...

was time to see the baby’s bits🙈

We are team boy!!! So over the moon and genuinely very excited....

sonographer say the gender? I heard they do measurement and dont tell the gender. It is ridiculus....