New bed time routine- sleep is ruined!: So my little one... - NCT

So my little one is now nearly 7months old(where does the time go!!) anyway, he is doing very well on solids and dropped to three bottles a day. We have also put him into his own room now which is right next door to us. He has been such a good sleeper since he was 4 weeks old and would go at least 10 hours sleep a night! But since putting him in his room, he goes off to sleep fine, but I am up seeing to him basically all night! He goes to his bed at 9, with usually no problem, but from 11 onwards he is a nightmare! He cries every twenty minutes. When I go through to see him, he is in a half sleep state and usually just takes his dummie back and will go back off to sleep, but then we repeat the same thing 10 minutes later over and over again through the night! Last night I tried to be persistent with him, so this went on from 11 until half 3 in the morning when I finally gave up because I was so tired and took him into our bed in which he slept all the way through until the morning with not a peep out of him!! He definitely is getting more than enough food, as I maybe thought he was half waking during the night because he was still hungry. He was fine for the first week in his room but has resorted to this and I am now soooo tired because of this!! I don't want to get him in to the routine of coming into mine and his dads bed as we don't sleep well at all when he's in the bed! But it seems this is the only way I am getting any sleep these days! Anyone have any advice for a very tired mummy?xx 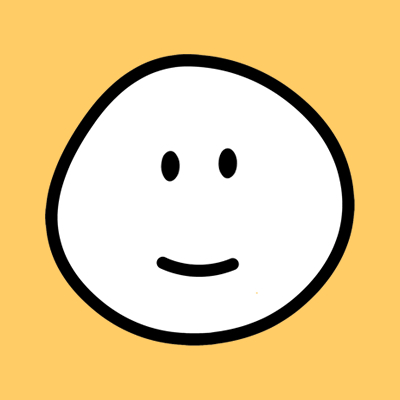 Mango401
To view profiles and participate in discussions please or .
Read more about...
12 Replies
•

Sorry I don't have advice - just another very tired mum of an 8 month old who is also sleeping badly. He only seems to want me to suckle from in the night and has started being really difficult to put down to sleep in his cot after being a very good sleeper. Finding it increasingly hard to get up for work in the morning

Char86 in reply to Dozymum

when you say suckle do you mean dummy or breast? If breast then generally, a lot of mums do not realise that baby is being took off the breast too soon, so wake sooner. eg baby has eyes closed mum assumes asleep, brings baby off. When in fact if mum allows baby to come off them-self and spit out boob, they sleep longer...

Dozymum in reply to Char86

I am breastfeeding and he seems sometimes to want to suckle every hour at night. He's doing very well on solids and I make sure he eats well before bed ( he has a jar of baby food plus some finger foods of whatever we are eating). He always has a night feed just before he goes to bed, but then wakes within a couple of hours wanting to suckle again - he gets very upset if I try to just cuddle or comfort him in other ways.

My son is 9 months and when he was 7 months I did controlled crying. . He didn't sleep much but now he sleeps 11hrs a night.. I fed him.. put him down awake and then he cried but went bk in intervals and in time he fell asleep on his own.. first night took about 25 mins.. second time 10 mins and 3rd night 3 mins . Now its instant.. it is hard but he self settles and unless hes ill he cant settle himself bk but otherwise uts helped me . I had to do it as I get up for work at 4.30am and I dont get home till 7pm and I cudnt b up all hrs but if u feel u can do it I wud try.. I feel did it at the right time as at 7 months he couldn't climb his cot etc x

Completely normal for baby to wake at night, they go through sleep cycles (as do we) but also they go through phases. IT is entirely common for a baby to sleep through then teeth, sleep through, then have a growth spurt and be up all night. It is just the way they are built. They also seem to sleep better when closest to mum. Research states this is due to sensing and responding to mum's breathing. Some FSIDS studies suggest baby sleeps in mum's room until 12 months, some 18 months and a few state 6 months. Many Authorities will state six months as it is more "reachable" practice in western society, but health wise 12-18 months is more beneficial.

There is a statement "food before one is just for fun" this means sometime after 6 months you introduce solids so they can test the flavours and textures, but you do not look at dropping feeds until 12 months, as they do not get main nutrients from solids until then. Sounds like your little one is either feeling over full from solids, or missing something from the liquid feeds?! Maybe reduce the solids and then bring back the feeds. It may make a difference. Otherwise, it is a growth spurt, or baby reacting to the big changes (eg less milk, or more solids, or room change - think they say one of the biggest stressful moments in an adults life is moving house... this isn't just because of the organisation required, but humans like what feels safe, subconsciously we get anxious at moving to a new place, Babies are the same...)

Best wishes to you and baby

They only trouble I have with control crying is that there is 4 other people in he house just now as we are staying with my parents while our house is being built. Everyone is up for work in the morning and they all hear him crying, so I don't want to make it worse than it is and wake everyone up all night!! I was hesitant about moving him into his own room but my partner thought it would be good for him. Char88, he made the decision to drop the bottle himself, i in no way encouraged him to do so. According to the health visitor in regards to his eating and feeds he is on exactly the right path he should be for feeds. He drops off to sleep absolutely great and is fine usually for an hour or so and then he starts to wake every twenty minutes. He is teething though so I wonder if it is because of this!

in reply to Mango401

Dozymum in reply to Mango401

Sounds like maybe it is teething. Maybe try teething gel/ granules and see if he sleeps any better?

Teething is one of many reasons for "sleep regression".

As for the HV, I work with a paediatrician dietician - who gave me the information I relayed to you - maybe get a second opinion from a more educated HV?!

or call your local paediatrician dietician

or alternatively look into researching more information yourself? But be aware of the source of the info - some are funded/founded by baby food companies... who also sponsor some HV and/HV training seminars - which could be the reason for you HVs advice...

Also the neurologists I work with recommend against CIO & CC (Controlled Crying)- due to studies stating the that both diminishes brain cells :S the studies included scans of baby's brains before CIO & CC and then later after CIO & CC and compared to babies scanned at the same ages but who were not give CIO or CC. They are quite interesting as there was a vast difference in all all three in comparison of brain cell presence.

in reply to Char86

I didnt use cry it out as tht is where baby is just left I went bk and forth and made him kno I was there.. being up through the night then doing 4 x 14hr day shifts at security at airport I cudnt b up all hrs.. everyone is different. . Do what suits.. my son is perfectly fine

Controlled crying was a lifesaver for us. My LO used to take 3 hrs to put down at night, meaning we were all tired and cranky. It only took a couple of nights, leaving him for 15 mins before reassuring, now he goes straight down. He's getting more sleep and crying much less and we're all happier, including him.

Thankyou but my auntie is a paediatrician dietician and has been for a long time and again, she feels he is on the right path to. He dosent look for more milk or solids.

I don't and haven't ever used the cry it out method. To be honest I think it distresses me more than it does him hearing him cry.

Sleeping time - rolling onto his side to sleep?!

help! Every night I put him in his bed, he automatically rolls onto his side and goes to sleep, and...

18 month old will not sleep in his own bed! Help!!

would sleep fine in his bed before this. Anyway, me being the push over mum, I took him into bed...

What age should you look at sleep routine for baby?

weeks old. A friend advised that we should start putting him to bed at 7pm which we started 5...

Clothing for my sleeping baby in autumn/winter

just started putting him in his cot (still in our room) because he's out grown his Moses basket,...

at my wits end with lack of sleep

﻿working on an orthopedic ward