Any experience with BF baby and dairy/soya allergy? - NCT

My LO is just coming up to 7 months and has been breastfed from day one. He's always been a bit sensitive to what I eat and have had nappy problems from 4 weeks. Cutting odd things out helped at 1st (I was a veggie so had to cut down on greens and fruit) but started getting bad explosive nappies. Doc recommended cutting out dairy and lactose and referred LO to dietitian. Things seem to improve so dietician said no dairy/soya for 1st year (for us both). However, he's still having diahorrea daily and belly ache so demanded to have him tested for allergies properly instead of me second guessing what's upsetting him constantly. Dietitian prescribed special formula that quiet frankly I refuse to try him on as it tastes disgusting. Does anyone have any simular experiences they can share whilst we wait for allergy tests? Totally despaired by it all 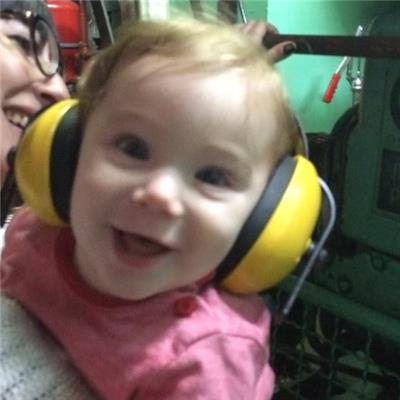 Littlepickle
To view profiles and participate in discussions please or .
7 Replies
•

When I stopped breast feeding and put my son on aptamil he started screaming in pain he would wake up randomly it was awful and heartbreaking they put him on the special milk and he was a different child....but he was a sicky baby if u gave him too much food when eating solids he would throw up and although he looked like a healthy baby after one stay in hosp because of convulsions they weighed him as routine and he was classed as underweight....I was really shocked.....I did increase his food but was very careful...if he has allergy then he won't be absorbing the right nutrients so yes def put ur foot down for testing they are usually pretty good when it comes to children, hope u get some answers

It's very frustrating isn't it? Because my boy is putting on weight they aren't overly concerned but something's not right!! Hope your little boy is ok x

Sounds horrible. Poor little man. he on solids now? My friends baby started being quite poorly when been weaned and turned out she was coeliac (allergic to gluten and wheat) so no bread..pasta etc now they r out the diet shes a different child but she was suffering diahorrea..bloating etc. Push for getting tested for various food groups not just dairy..

Yes he's having some solids but keeping it very basic (potatoes, bread, veg, chicken) he still gets his nutrients from me but I have had to cut so much out my diet. I do t mind as I want the best for him but its so hard tryng to find out what it could be. I don't think (hoping) its wheat/gluten as he seems ok after bread. Will definitely insist on him being tested for everything. Thanks x

A friend of ours' 2nd boy is VERY lactose intolerant -they first found out after finding blood in the nappy!

She cant have chocolate, cheese, milk ANYTHING dairy related. So bad that he was affected by her taking the contraceptive pill -it had lactulose in the pill coating :S

How upsetting and frustrating for you both. You may want to discuss with the dietician the various options for testing as there is a difference between food allergy and food intolerance. For example, a test for allergy often looks at raised IgE antibody levels and may come back negative because it may be that the problem is caused by intolerance, which requires testing the IgG antibody levels, whilst generally not life threatening, intolerances can cause severe affects. Have a look on the Allergy UK website. Good luck.

Littlepickle in reply to Cowgirl7

Thank you! Yes it's very frustrating! Had the blandest diet for 3 days now and still having diahorrea nappies. I feel so sorry for the little chap and I feel like I'm poisoning him with my own milk

I'm trying to speak to the dietician whilst waiting for a paediatric appointment.

Any experience of baby hiccuping frequently (daily) in pregnancy?

Any experiences of a baby not gaining enough weight?

sick, she doens't cry after her feeds and her nappies are a bit loose sometimes but not always. She...
•
8 Replies

however this went after I went dairy free so it seems like an allergy. However she has also got a...

Any tips for babies with eczema?

LO has got red itchy eczema all over her chest, belly, back, neck & shoulders. I went to the GP who...

4-month baby waking up 5 times at night. Any advice or experiences?