39 weeks today, plus it's my sons 13th birthday. Will this baby surprise me and come early. None of the other two came early and I don't think I could cope if she came late. I have a sweep planned Tuesday when I go to see the midwife, never had one before even tho my first two kids were late. Do they work? X 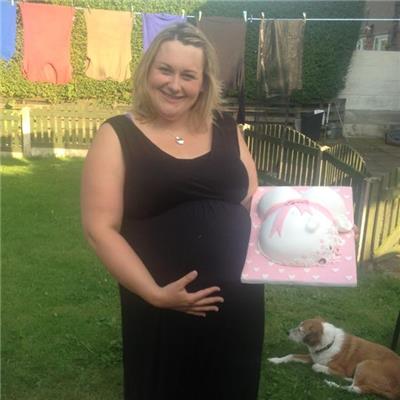 taybaysmum
To view profiles and participate in discussions please or .
8 Replies
•

Yes if ur producing the hormones. a sweep stimulates more of the hormones. .. and it kicks it off. ... so sounds like it could work for u... if ur not ready it wont... my friends cousin is a midwife and she said that when she had given some women a sweep they have left only to return minutes later in labour. .. all the best hope it works for u x

Thanks Hun. I'm hoping it will work. Been in slow labour for two weeks now. Had my show a couple of times. I'm just hoping she needs that little but of stimulation to help her out x

The answer is a bit yes and no as it depends on how soft your cervix is as to how successful they are. I had one with no2 (41+1) in the afternoon and he was delivered early the following morning in the birthing pool so I'd say yes but other people have less success and there's no way of knowing without doing.

They can, as people have said. My only caution would be to get your midwife to check your baby's position as my son was back to back and the sweep set of runs of irregular painful contractions which lasted days - if I'd known that he was b-t-b I would probably have had the sweep anyway but also have spent the following day on hands and knees to try to turn him round, I'm sure things would have kicked off properly sooner then. Good luck with it! x

I had two sweeps.. one at 39 weeks which fooled me into thinking baby was coming as I felt contractions.. but they stopped soon after.. the other was when i was already in labour which worked great he arrived soon after

My MW at 39 wks could not reach to do sweep at 39 but I did have a sweep at 39+6 as I went to ANDU to be checked as thought I had a hind water leak. I was 1-2cm dilated and was given a 'good sweep' as she put it and also said, we could easily break your waters if we needed too.

Unfortunately for me it didn't work...however....doesn't mean to say it won't work for you. I also wondered if it still might have helped/encourage the cervix to continue to efface. It might be a question of how 'favourable' your cervix is now, is it 'Effacing & Dilating, & by how much?

If you facing the decision of an induction then a sweep is a less invasive way of trying to start you off.

Relax & Go for it

A newly qualified MW friend said could try this too; have a sweep, then have intercourse twice within 8hrs (partner needs not to have ejaculated within a good 48hrs) & then do doggy style (Sorry if TMI) and that may bring it on.

I'm 39 + 2 today and have had a sweep this morning. It was slightly uncomfortable but nothing too bad. The MW said she could feel my cervix and she made me bleed slightly. Since then I have lost a little jelly like pink stuff and am now suffering with back and belly ache. Yet baby seems to still being active. So no news as of yet ladies xx

Due date tomorrow and still no labour signs!! Sweep booked for Wednesday, does it work?

Has anyone else had a sweep?...

41 weeks today and no signs of labour...

Saw my mw yesterday for my 41 week app and sweep but she couldn't do it as cervix still too far up...

Signs of labour... And any nOt grown in two weeks.

people noticed when labour was close before the mucus plug before the contractions etc... Any...

Lower back pain and period pain like cramping at 39 weeks, could it bethe start of labour?

Okay so I'm a first time mum and totally new to all of this, but I've had a really sore tummy on and

1wk over due and wish I hadn't taken maternity so early. How boring is this sitting around waiting,...