Hi everyone, I'm only 21 weeks 2dy so little way to go but was wondering when is normal to take maternity leave I want to leave it as late as possible so I have more time the other end before I have to go back to work

so I can spend as long with my baby as possible what does everyone think? Whens the best time to go? 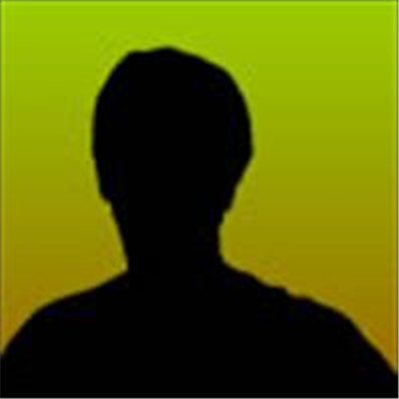 Louise87
To view profiles and participate in discussions please or .
24 Replies
•

Hiya - I was going to carry on until the day I was 38weeks but have stopped at 37 weeks as I've started to get pelvic pain. I work part time but do a very active job....I would say 35/36 weeks would have been perfect for me, I carried on a bit too long x

You 'have' to take your mat leave from 2 weeks before your EDD at the latest. Unless anything happens I'm starting mine at 38 weeks - beginning to regret working so late though, as I think a bit more 'me' time before this little, totally dependent thing takes over my life may have been a good idea! Xx

Thanks everyone think I will aim for 38 but may go 36/37 if I feel I need it I just cnt wait till my little girls here sooooo exited!x

I would say it depends on your job. I commute into London for my job so if I'd waited until 38 weeks I would have been a mess and so exhausted. Because when your on mat leave you accrue so much holiday (including bank hols) I managed to take from 36 weeks off as holiday but my actual maternity leave doesn't start till my due date which is good as I'm the same as you, didn't want to waste any maternity leave time that could be spent with little beanie. Xx

I have taken two weeks holiday and then materninity leave so that starts 36 weeks, and I'm not going back I HATE my boss, who tried to sack me as soon as I got pregant!

Know the feeling "in regards to boss" the only thing is with the job i was doing is my baby was more important so he sadly succeeded.

your better off out of there then than working for some selfish barstewards.

That's a good idea ill have to check if I will have any holiday owing!x

I was due Jan 17 and my last day of work was Dec 19, mainly because I had annual leave to use up at Christmas and there wouldn't have been much point in returning after the new year. When I made those plans at my boss's suggestion at 12 weeks, I was worried that I'd be bored with so much time off before birth, but by the time my leaving date rolled around I couldn't wait for the time off, as between normal pregnancy exhaustion and SPD I desperately needed a break. How much time you'll need before you deliver depends on so much--how strenuous your job is, what complications you suffer during pregnancy, what else you have to contend with in your life at the time... By law you have to notify your employer pretty far in advance, but in practice many employers are quite reasonable and are willing to be a bit flexible as long as the kind of work you do permits that. So, it might be worth sitting down with your boss and seeing what kind of notice he or she actually needs and wants. If your company can be flexible with you, you could then formally notify them of a relatively early start date for your leave, with the option to push it out if you're still going strong by then.

my baby is due on 7th sept and I am leaving on 14th august (if I can last tht long) as am a security officer at the airport 'patting down' people and its quite a tough job for 9hrs a day (was 12). but its up to u, if u feel like u need to leave earlier then listen to ur body but just take it month by month and see how u go x

Yeah think that's what I'm going to try and do its hard 2 tell how I'll feel as only 21 weeks at the mo my job is quite strenuous and involves a lot of standing so ill just hve to see how I go!

I started my maternity leave this friday and my baby is due on wednesday. I left it as late as this as I wanted my paid leave with my baby but I did tell my employers I may go early if I wasnt up to it. Ive been fine and glad Ive worked so late. I think it's all dependent on your job and employers maternity scheme ask them for details and see how you go..

Well done you would be gr8 if I could work that late ill have to see how I go!

38weeks I think if you can last. I didn't even get chance with my first to start mat leave but I am self employed and work at home so it is abit different for me.

I am worried about leaving it to late and going into labour at work think that would be a nightmare!

I have just gone on maternity leave and as of tomorrow (my first day of maternity leave) I will be 36+4. This was a good time to stop for me. As you say, it would be dreadful to go into labour at work, and if you leave it much past 37 weeks there is a risk of that. In my case, I would have had no option but to finish up the work at a later point, after the baby had arrived, which wouldn't have been much fun! I know people at opposite ends of the spectrum. Another girl at my work is planning to leave at 31 weeks, while others I know have - in the past - worked up to 39 weeks. I would say, though, that may only be feasible if you can work from home. I found the commute a colossal struggle towards the end, particularly because of the miserable b*stards on my train who rarely offered me a seat

As Carren says above, when is the right time for you depends on how you are feeling, and what you can manage in light of your symptoms. It also depends on how important it is to you to get some alone time prior to baby's arrival

I am a self-employed tutor so work partly from home and also have some group classes a 5 minute walk away. As I don't have a commute as such I plan to work until week 38 as that is the end of the academic year but obviously the baby could have other ideas...

As the others have said, the decision is a personal choice but would be based on how demanding your job is, the commute and a bit of guess-timation as to whether the baby may make an early appearance!

I'm pretty lucky! My new holiday year started on the 1st of April so I have taken an entire years holiday now. My maternity leave can start as late as the day before my due date (but you need permission off midwife to work past 35 weeks), so I am on holiday now and may leave kicks in on the 6th July with my EDD as the 7th!

I'm due back to work April next year so will have another full year of holiday to go back to! I would never have normally finished this early, in the past I've worked up to 36 and 37 weeks but having quite a lot of health issues so finished at 31 weeks.

Hope the rest of your pregnancy goes well

Today is my first day of mat leave at 38 weeks, I made that decision at 12 weeks when I originally told my boss. I thought like you that I would rather have the time after baby is born but nobody can prepare you for how tiring being pregnant is and how much you will need me time, looking at it now I should have gone at 36 weeks at the latest. Good luck hope this helps x

It depends from one individual to another as everyone experiences their pregnancy in different ways. I think I will try to work until 39th week but one of my friends worked until 39th week and 3 days in the morning and as she was leaving work she got her contractions and walked straight into the hospital which was only around the corner so she timed it perfectly. I am like you, I want to leave it as late as possible. All the best.

I am due 16th sept... I am using my annual leave up from first week in august but my actual maternity leave starts tenth september x x havent been told i have to book two weeks before my due date...

weeks before maternity, but my work are refusing to give me it as you don’t get holiday before you...

Hand in notice or maternity leave?

I dont want to go back to work after having baby, my manager knows im pregnant, im wondering if i...

its got me thinking about maternity leave 😯 I was just wondering how you decided when was the...

due 19th june and wanted to take two weeks holiday before starting my maternity leave on 7th May.....

Does anyone know when you are supposed to start maternity leave I’m on the furlough scheme and my...

﻿working on an orthopedic ward