In 20 weeks scan does the sonographer say the gender? I heard they do measurement and dont tell the gender. It is ridiculus. They already do 2 scans during whole pregnancy.. 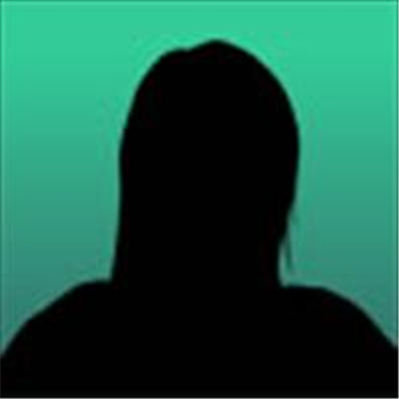 salmon_finland
To view profiles and participate in discussions please or .
17 Replies
•

Most hospitals do tell u the gender if u want to know. ..I know 2 scans doesn't feel enough but that's how the nhs have been for years. .. Are u gong to find out?

Yes we will find out the gender.

They will ask you at your 20 week scan if you would like to know the gender or not, I think if you do want to find out they get you to fill a form in but not sure. Sometimes if the embilicoil cord is inbetween the legs they will not be able to tell you and will not ask you back for another scan so will probs have to pay private if they can not tell you at the time. Do you want to find out?

Yes we want to know the gender.

Is the scan 4D or normal?

Normal - you will not get a 4D scan on the NHS! You're not far enough along for a good 4D image capture anyway! Xx

How many minutes does it take?

At the hospital it is normal scan. . 20 week scan they do alot of checks. . Brain, heart, stomach takes about 10-15 mins if baby is behaving and they can see everything x

They dint ask me if I want to know the Gender, But I told them still that I want to know if its a boy or a girl and I was repeating it like a talking parrot (maybe) that they started laughing (it was difficult to measure my baby or find the gender on the first scan date as the baby was being naughty by tucking herself in my pelvis and crossing her legs on top of each other - she even kicked the sonographer

) but they called me for the repeat scan a week later to measure the baby's head and then again I was being a parrot asking if its a girl or a boy and they said its a girl (YAY! Said I )

Word of warning- we had our first antenatal class last night and the midwife told us of recent case were a lady she was working with was told she was having a girl at 20 week scan and then had to have a scan towards the end and was told it was actually a boy. She wasted hundreds of pounds coz all clothes bought had been washed with tags cut out!! Midwife said also happened twice in one week at beginning of year.

So be cautious, they will warn you that they dont always get it right and also baby might not let them see the gender!!! x

This story is probably the worst case scenario "maybe ever" because if the sonographer was unable to clearly see the gender of the baby the mother to be should have been given the opportunity to get a 2nd appointment.

At times i personally think some women (not all) get caught upbin one particular sex of a child they may well desire & then nature proves otherwise they may feel disapointed & let-down.

Why should she get a second scan on the NHS? Gender determination is not why it's done - if this was offered, which NHS service would you cut to pay for it? Sorry - I feel massively strongly about the lack of NHS budget, and the choice for the service manager really would be that stark!

This is actually not that uncommon - they usually stress this at the 20 week scan, and was part of the reason I decided not to find out in the end. (Interestingly, it's not unheard of to still be unable to ascertain gender at birth, and clitoromegaly can be mistaken for a small penis and vice versa...)

Just remember that the purpose of the scan is medical, if you're able to find out that gender that's a bonus! It's a fairly long scan (30-45 mins in my experience) and you get some lovely detailed views of your baby. You will be offered a rescan if all of the medical details can't be checked - I have a rescan in a couple of months as baby was lying awkwardly so the heart and face couldn't be checked. Usually, you won't be offered a rescan if the gender is the only thing that they can't determine.

I'm sure they'll be able to tell you, most babies are more co-operative than mine! Enjoy your scan

I agree with Dr Fluffy!! Funnily enough I contemplated requesting another scan after my 20 week one but not to see gender (we didn't want to know). I had a strong suspicion the sonographer fibbed when she put on our notes that baby's face was seen and okay. We didn't see the face at all, as baby was led with their back and bum to us for the scan!! I decided not to though, now 32 weeks with very wriggly bubs, who is growing very well and just hoping all good

If you dont want to find out the sex then i would tell the sonographer at the beginning of the scan, the lady who did mine asked me once she had checked everything was all gd. I agree with dr fluffy, I don't see why u shud get a second nhs apt just because u want to find out the sex as thts not what the scan is for, I chose to find out but if they had said we cant be sure I wouldn't of been that bothered. xx

Not all hospitals will tell you sex, either due to local religions and impact of a preference for one sex or' tuther, or if the hospital was previously sued for getting it wrong. Therefore determination of sex is not consistant across the uk. I will be finding out the sex, however I certainly dont have hundreds of pounds to waste if its wrong, nowt wrong with white babygrows to get them started!! Also if I get something for their sex, I doubt it'll affect their gender identity in years to come, they'll never know mum put them in pink leggings or a blue top!

attend scans and genders can’t be written down. Does anyone know if you can still be told the...

soo happy!! :) We have have been to our 20 week scan this morning and everything is fine!...

Hi I had a gender scan done at 16 weeks I was told I was having a girl not given a percentage just...

have my 20 week scan tomorrow and I’m sooo anxious. I had a private scan at about 15 weeks and...

little update... Today i had my 20 week scan, and what can i say, it was so amazing! Unfortunately I
•
11 Replies