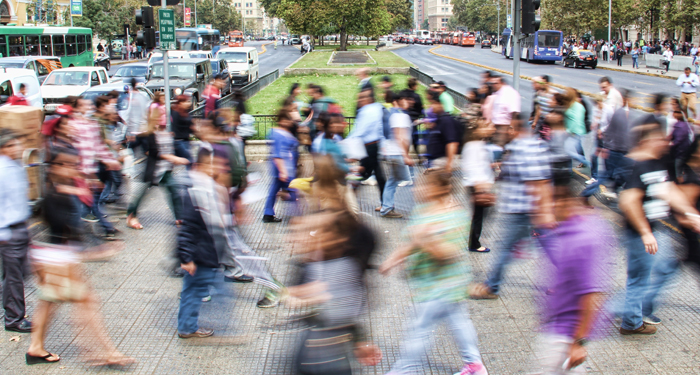 Gemma (27)* is a successful and intelligent marketing executive. Although she is really good at her work and makes a decent salary, she feels like an absolute fraud; that she shouldn’t really be allowed to be doing her job, and that one day she’ll get found out and then fired.

She can struggle to read work articles as the words don’t always seem to stay still. She’s quick to get angry when people lie to her as she just can’t comprehend why people would want to do that. In meetings she has to sit on her hands sometimes to stop them tapping incessantly on the desk. In those meetings she can’t help speaking up when she hears things that are wrong, though she knows her boss doesn’t like it. She is forever losing her keys, her work pass, and her wallet. She sort of knows she’s not stupid at all, because her IQ has been tested and it was above normal, but she can have periods of feeling really low about why she doesn’t seem to quite function like other people.

Gemma is an amalgam of clients I’ve met that have either previously been diagnosed with ADHD as children, or gone on to be diagnosed with it later on in life. Before I became a therapist I might have been one of the many people who are skeptical about the existence of Attention-Deficit Hyperactivity Disorder, but now I have met many people who have it and I believe it is a real condition that can affect people enormously.

Often the clients I see initially present with low self-esteem or anxiety, and when these symptoms start to be mentioned, it often becomes clear that their low self esteem is related in part to their difficulty at fitting into a neurotypical world.

ADHD is probably a fairly well known term now whether we believe in it or not. Many people still think of it in terms of ‘naughty children’ but it really isn’t. I see ADHD as a neuro-difference, perhaps a little like Dyslexia, or Aspergers’ Syndrome, where people are simply, in layman’s terms, wired a little differently. Doctors believe that it may be caused in part by an imbalance in chemical messengers that affect the brain. Their brains make different connections; they may struggle with some tasks, but with the right support, people who have ADHD live like anyone else and contribute as much as anyone else. Several of the people I’ve worked with who have ADHD have found there can be real positives from having a slightly different take on the world.

It comprises two parts – the inattention and the hyperactivity – there are checklists of symptoms for both. There are three main types of ADHD – predominantly hyperactive, predominantly inattentive, or a combination of both. A specialist doctor can assess the individual and make a diagnosis if necessary. There are specialist units now where individuals can be referred, and once diagnosed and assessed, can potentially gain access to medication to help the brain, and specialist coaching to help people learn to adapt to carrying out tasks. Unfortunately there are only a few of these units, but the patients I’ve seen go have found them to be most helpful in getting on with their lives.

*Not her real name

Kate Hardenberg is a person-centred therapist based in Bath. She works with adults, teenagers and young people. She has particular experience working with those with chronic disease.
Share:

12,911 members
The ADHD Parents Together community is a place to discuss the impact of ADHD on both you and your ch...Read more >

10,516 members
CHADD's Adult ADHD Support community is a place to discuss the impact of ADHD on you or someone you ...Read more >