Hi all! I have just changed meds from duloxetine to fluoxetine on a cross taper system. I was expecting discontinuation syndrome from the duloxetine but definitely wasn’t expecting the start up side effects from fluoxetine 😳

I feel extremely anxious, waves of rage, shaky, nauseous and just well out of it with extreme fatigue. Started by taking it in the morning but six hours after my dose I would be through the roof with anxiety, so swapped it to nights which seems slightly more tolerable. I’m having dreams so vivid they are almost hallucinatory. Wow.

On day 14 so how much longer should I put up with this before giving it the flick? Needless to say, Christmas was a non event and I’m still off work.

Errrghhhh! Is it worth going on? I’m on 20mg fluoxetine and have completely finished the duloxetine. 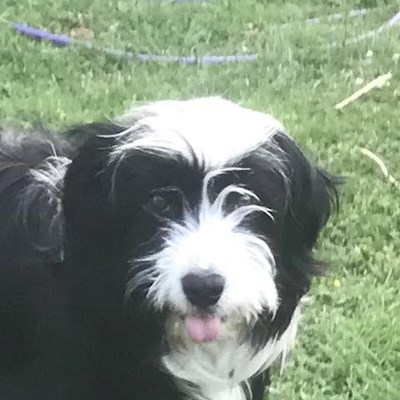 Songa
To view profiles and participate in discussions please or .
Read more about...
22 Replies
•

If you are changing medication it can take upwards of five weeks to get used to them especially if your Doctor has still got you coming of the original medication. Dreams can be problematic sometimes, I do still suffer them they are vivid I have been on a much reduced dose of drug up to last September, although the dreams are still there and of course they can scare. Although I now wonder if the dreams are caused by age. Also the medication mix I take.

You still are suffering side effects and you have finished the original drugs, great !!. As mentioned earlier allow a further three weeks and hopefully you will be fine

Songa in reply to borderriever

Hi Bob, thanks so much for your reply! Much appreciated 😊Early days, early days… I guess I’m just impatient to feel better. I have some diazepam to take if it gets really intolerable, maybe I should try one of those?

Doesn’t make it any less ghastly though.

Again, thanks for taking the time to reply, you’re a star!

Hi, I changed my Duloxetine cross taper with Mirtazapine 45 mg eight weeks ago and still don’t feel fully right. I am going to keep on the new ones as the thought of going through that changeover again fills me with dread. I have never felt as bad as this for so long when changing antidepressants. Luckily my Doctor gave me Diazapam to take when feeling extremely anxious. Good luck x

I can truly empathise, well done on having the courage to keep pushing through. Keep in touch with how it all goes for you, yeah?

Couldn’t bear being on 5mg of Fluoxetine for 2months. Ended up flushing the lot and swore never to go near antidepressants again. For the first few weeks I was almost manic (not bipolar, nor any history of mania prior or after) that eventually wore off after a few weeks and I became almost zombie like, it wiped my memory to the point i would go into town and forget why I was there, at it’s peak I forgot my address and phone number. It made me jittery and fidgety too, I couldn’t sit still. It was a horrible experience.The only plus is that it nullified my anxiety but worth all the side effects it wasn’t worth the price. It’s main ingredient is fluoride which is not something you want in your brain.

I can’t imagine what 20mg is like. I would taper off slowly and try other ways of treating your mental health therapy, diet, exercise, mediation.

Songa in reply to Itsme23

Thanks so much Itsme23, really appreciate your reply. That sounds absolutely horrendous, so pleased you’ve got through it now. I already practice CBT and meditation, exercise and healthy eating. Gotta give it every chance!! Just this morning I feel slightly better (I think 😂) but it’s been a roller coaster ride that’s for sure.Best wishes to you xx

I started on 10mg 3 weeks ago for a week then increased to 20 mg for a week now I’m on 40 as of today. My anxiety has also been awful. I had a couple of days where things seemed “normal” again but things have not been good again. I’m back to work tomorrow so that may also have something to do with it. Do you take yours for anxiety? I have panic disorder, GAD and depression.

Bipolar type 2 (mainly depression), Asperger’s, OCD and GAD. Bit of a bag of mixed lollies there. You poor bugger, there’s no way I could go to work. This is absolutely foul and I think I’m going to pull the pin on it and go back to my old ones with an add on of some sort. Side effects are getting worse and I can’t function at all.

The reason for the change was that the duloxetine had stopped being effective. Wow. Looks like it’s back to the drawing board 😬

Update for you guys…I can honestly say I’ve never felt worse. Ever. I’m wondering whether most of the problem has been the discontinuation of duloxetine as opposed to the start up of fluoxetine. Anyway, I’ve decided to pull the pin. Going back to duloxetine. Stopped the fluoxetine two days ago and the agitation is gone but the depression is 100 times worse. Been on it for only 3 weeks so shouldn’t be an issue with withdrawals. Start back on 30mg duloxetine tonight.

I had such high hopes for the fluoxetine after reading reviews. Really thought it was going to be ‘the one’ …

Obviously it’s too energising for me and not worth continuing with.

Now to try and get through this depression. Have requested time out from friends, no drop ins, no phone calls etc.

Will concentrate on exercise and eating right.

Thanks to all for listening x

hi I’m so sorry that you feel so bad

I’ll be thinking of you. It is really disheartening when the medication doesn’t do the job and makes things worse. Sending hugs! (I’m on fluoxetine too)

Songa in reply to Coffeeelover

Thanks for your thoughts x

For a start, your on a very low dose, sometimes the effects on a low dose which people dont realise is, that it can create the effects and more that your trying to treat, So asked them to be raised, I had marked anger, and I cut the dam grass, and used that to combat that feeling. hahha, I was helping my daughter at an wedding, and the assistant, went from my daughter who told him off, and he thought, hey theres another softy, I will rip ten colours of syt off her, bongg! wrong person,,,, ding ding ding,,,,, first time I had fought back in the long while it did feel good. I told him did he want to where his shoes up his own butt. ? It was something about the glass being in a washing up bowl, that only me was using. Health and safety, I told him I had done health and safety course, so dont off load on me, I was there to help, worked for 15 hours and didnt get paid. So as your dose increases, more marked increase in grrrrrr so dont make any appointments and take a relaxation I used to suck in air through my mouth and then exhale, very slowly through a straw, by the time i was at the end would stretch my lungs, hold for ten seconds and then in hale. By the time I had done that twice, the feelings had passed, and they became less and less. When your at the correct dose, you will feel great again, but if you dont feel great, then your not on the right dose.

Songa in reply to coatpin

Great advice with the breathing!

Songa in reply to coatpin

How are you going now with your rage?

coatpin in reply to Songa

Well it is not there, I dont feel that, unless triggered, or unjustly accused of something I have not done, family stuff. Family know which buttons to press, so I go off on one. They dont care, that they have hurt me, they just dont like the response, even though they are the cause. I prefer to stay away from them. Totally! toxic!

Sorry to hear you’ve had to switch back. I hope the switch back goes smoothly. My psychiatrist said fluoxetine is meant to be easy to come off so fingers crossed for you.

Today the agitation and panic is completely gone, but oh soooooo tired. I guess it’s exhausting for the poor old body to be in such a heightened state of fight or flight. I can barely remember the last couple of weeks, probably a good thing really! I’ll stabilise back on my normal dose of cymbalta and then reassess. Today I managed to have a shower! Go me 😊

Harry_Potthead in reply to Songa

That’s great I mean about the agitation and panic going. Yes the body can only go on so long in a heightened state. And good on you for having a shower!

How are you going now?

Horrible. Like I’m completely unmedicated. The depression is crippling. Just want to pull the pin. Very cross with the whole thing. The plan now is to stabilise again on cymbalta and then either do a direct swap to another SNRI OR do an add in of low dose lamictal. At this point I just don’t care 😟

This isn’t my first rodeo so I know it’ll get better. Hold that thought, eh?

I don’t know who this person is that I’ve become but I don’t like her.

Thanks for asking…how’s things in Qld? Everything pretty much shut down here in Tassie. Locals are all hiding, businesses are shutting all over the place and the state is awash with tourists all grumpy because there is nothing to do 🤷🏻‍♀️

Sorry, I meant to ask how you are faring now yourself with going back to work etc!I’m so fixated on me me me atm I forget others are suffering too 😫

Sorry to hear 😢 It’s such a battle isn’t it. I hope the plan that your doctor has in mind helps soon enough.

Things haven’t changed a lot here in Qld although a few businesses have shut because their staff have covid. Interesting about Tassie. Silly tourists what do they expect?!

I’m alright I’m still on 40mg of fluoxetine but I still wake up agitated/anxious so I generally take seroquel to take the edge off. I see the psychiatrist on Wednesday. Work has been crazy as usual but I’m just taking it one day at a time. Thank goodness I’m doing part time.

Been switched from Fluoxetine to Sertraline after restarting Fluoxetine and 6 weeks on still having...

How long till fluoxetine starts to work?

Hello, I started fluoxetine 20mg. It's been 5 weeks and I don't feel any improvement. Sertraline...

taken fluoxetine in the past, did any side effects continue even after you stopped taking...

Don't Know what i am feeling ):

Fluoxetine start up side effects

How do you remember