Above is the link to my Post a few days ago.

Sorry to bother you all again, but I'm absolutely tearing my hair out with my son. I'm calm, my adult son (aged 37) phoned me half an hour ago. He wanted to pick up some important papers that got sent to my address. Oh yes, he uses my address for his mail even though he has never lived at this address.

I truly do not know what happened. I must learn how to tape record our phone conversations. Within 2 minutes he was ranting and raving at me.

Then I said to him : "just listen to yourself, what's the problem?" He carried on yelling at me like a mad man. What on earth do I do?

I honestly think he has either a severe illness or is extremely low in vitamins & minerals from high stress. On Monday he told me to not contact him, so I didn't. Tuesday, he phoned me twice. So sorry to ask for more advice, but I'm now in such a state 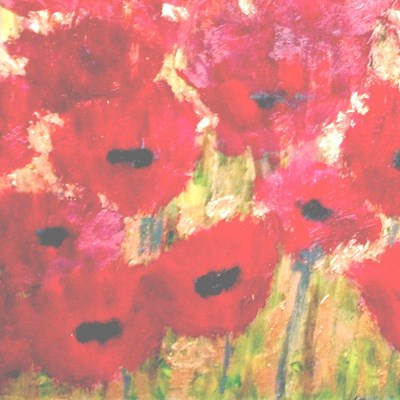 marigold22
To view profiles and participate in discussions please or .
Read more about...
9 Replies
•

I was going to say record him also.tell the postman or office that you don't his mail being sent to your house again he can pick it up from there office.keep him away until you feel more in control because you have to gain the upper hand then he might see what hes doing to you.

Simply reroute his email by either putting in a chance of address or sending his email to him - who is he avoiding by using your mailing address.

You could simply state that you will not tolerate abusive phone tone and hang up. I did it until my son got the message. Then I took the opportunity to tell him that I can't concentrate on what he is trying to tell me while he is screaming or being abusive.

Severe mental illness or not, he is a grown man and knows better. Don't make excuses for his behavior or there will be no incentive for him to change. You are his mother and you deserve to be spoken to respectfully.

I am sorry you have been upset by his phone call. I feel you feel anger and resentment towards him. Where does this come from? Has he been physically abusive towards you in the past too?

This is a very hard place to be. Tell him you love him but you will not speak to him unless he is calm and reasonable. Do not blame yourself , guilt generates negative energy and serves no useful purpose. We all have limits and we need to protect ourselves from harm.

I think because our children know us so well, they can cut us to the quick with hurtful comments. And no matter how old they are we see the young child they were and feel responsible for their difficulties in the present.

Be kind to yourself and give him space.

What is he doing that worries you the most? Are you worried he will hurt himself or someone else because of his temper ? It is good to try and take the anger out of the equation. You mentioned you were worried he was ill? At least you can voice your fears anonymously here and get support.

Thank you all so much. I am going to withdraw from him. I'm wondering if we just wind each other up somehow. And unfortunately he does remind me of his father (my ex).

Thank you for your kind reply. In fact, my son called in at around 7pm yesterday. I didn't say much and just listened to him talking. And boy - he can talk! From what he was saying, it is only me who makes him shout. He has had a lot of money from me over the years from age 18. I know I 'enabled' him. He has in the past been on drugs (until his 7 yr old son was born), has just given up alcohol on his gorgeous girlfriend's insistence, is getting his head down with work (self employed electrician). My own sister made me cry last evening when I admitted everything to her by text; she said "that's what mums do, stand by their kids".

My son has had friends & lads he knew of, who have perished when their parents kicked them out and left them to their own devices. I do know I have an anger over the amount of money my son has had from me; no chance whatsoever of ever getting it back.

Also he has the same manner as his father, who I still (after 31 years of divorce) cannot forgive the total sh*t he dragged me through during our 15 year marriage and then 2 years of divorce proceedings including custody battle. This was even though he didn't want his son with him but did the court cases to dwindle our finances.

It’s true we do stand by are kids and at the time we don’t want to and we feel like giving up belive me when I say be their and done it my son is 21 and lives with his girlfriend and has a two year old son himself he smokes weed and has done since he was 15 he gambles 1000s of pounds away on gambling and I try my best to support we row a lot I was a single Mum with him on my own and his dad did not see him and still has no contact with him I can promise you I no it’s frustrating but leave him to chill out and it will sort it’s self out we can’t control our children we can only guide and help them up when they need it they make mistakes we all do I told my son on his 21 birthday he is just like his dad and we didn’t speak for a few weeks I didn’t mean it .but like you all I saw was my ex with the way he was acting he probley won’t forget but their is never no rite or wrong way to be with your children you just try to do your best and that’s all we can do you are all your son has and with out you he will have nothing and yes he should not be shouting at you but just brush it of belive me when I tell you my Mum was just very ill and we nearly lost her over Christmas it put what’s important to the top of the list and that’s just sometimes life is to short

Thank you 5310210 It does seem to be calming down a bit and at long last hopefully he will see reason and keep being positive. I will learn to keep my mouth shut and not put my foot in it when in his company. Since he was 18 I have hoped and prayed it would all turn out ok for both of us. Your son is younger than mine; but you are wiser than I was when my son was 21. Although I had a chronic illness, had no spare energy and had ongoing mental health issues. Big hugs x

My Adult Son is a Psycho.

ex-husband (my son’s father) was a psycho and divorced him many years ago. Over 17 years of being...

My son 9yr old, is abusing me. Please help!!

youngest son of 3 lives with me. I am plagued by deppression but always tried my best by my son....

her near him with scissors .So my son is angry and continues to be so. He has blocked my phone and...

crisis team help for my son.

take them I can't force him at 22...my long winded question is how can I get him signed off and...

Umm...I overheard my dad talking on the phone and I wish I didn't

and told him how he felt then and there. I hate him. I used to have one shred of care for him but...

Don't Know what i am feeling ):

Fluoxetine start up side effects

How To Unlike Someone ?