Hi my name is Angela

I was diagnosed with cfs last year 2016, but have had it at least 6 years and has got much worse over the past two and half years, it's s difficult disease to manage and I am still struggling with it. I am struggling to do everyday tasks and also to work but only work part time now. My consultant is in London hospital for integrating medicine it was he diagnosed me and I see an OT a few weeks ago about management of this disease, I will try graded excersise proven not to work but hey will give it a try. And has anyone with ME shortness of breath and find it difficult to breath tight chest 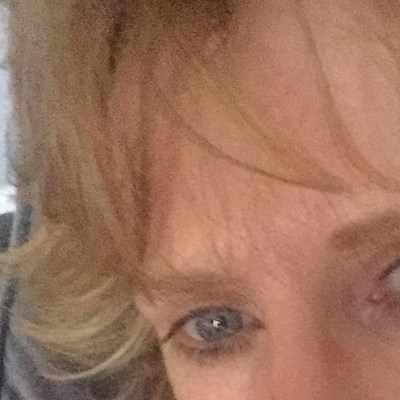 Angiejenz
To view profiles and participate in discussions please or .
24 Replies
•

Welcome Angela. Yeah it can be tough both physically and mentally, I struggle myself but at the minute I'm staying upbeat.

What sort of treatment/steps are you taking to minimise the impact of it?

Be careful with the GED from what I can tell it hasn't much evidence of success and it has been detrimental, that's not saying it couldn't work for you - I'd be very interested to hear how you get on if you'd be kind enough to share.

Well I am pacing as much as I can finding it though though, but even with that I crash long lie in do help even if not sleeping, have you had it long time??

Been diagnosed a year to about 18 months ago, I can't remember

However about 14 years ago I had a mystery virus with all the ME symptoms and went down for three months but returned to reasonable health but a more chronic form has set in this past 3 or so years and its been quite shitty as I have lost my job over the head of it a job I really really loved.

Oh that's really tough on you to lose your job but that's it I guess acceptance is another obstacle with this illness. So you are feeling better now??

Good days and bad days, its very hard to get any sort of consistency. I have a tendency to push myself when I get a wee bit of energy and its back to start again!

Oh yes I do it all the time, it's so difficult in this fast moving world

Isn't it just? I feel a terrible pressure to try and be well and fulfill my responsibilities to my family.

I have tried re-framing the whole thing - 'This is a transitional stage in my life preparing me for something.' That has helped me take the misery and not let it overwhelm me.

How do you balance work and family life?

Yes I also feel terrible about to be honest missing out on things I cannot go to for instance it's my daughters birthday next Monday and she planning to go outdoors walking do cannot go. With work I work as a care worker I very really have to work early mornings so it's late mornings some afternoon work a break come home and do a few evenings for a few hours. My children are older now.

This is me!! I've done it my entire adult life, but now it doesn't work out in the same way! As soon as I feel like I'm having a "good day", I'm up pushing myself to do what I couldn't accomplish on the "not so good days". It's madness! And maddening.

Hi I seen on other posts that you recommend dr weir, yes I have heard of him, so did he give you good advice and have you seen an improvement in your cfs

A bit of an improvement enough to keep me adhering to his treatment regime, would like a cure though

What was the treatment and did you have to visit him many times.

I saw him a couple of times and spoke with him on the phone numerous times as we tried an antiretroviral drug but to get the initial diagnosis and advice it was one visit.

Dr Weir advised that I:

, (many become Gluten and diary intolerant as I have).

Pace (we have limited energy use it wisely).

(to deal with the anxiety and low mood that accompanies ME or chronic illness).

He was a very understanding man and a pleasure to see, especially when I have seen many Drs who know f**k all about what I am seeing them about!

In the early days on this chronic episode I would have had pain in every joint and part of my body. The only thing that didn't hurt was my hair the dietary adjustments eased much of that.

I developed anxiety attacks which were very annoying but using distraction, meditation and mindfulness I can keep it and the depression at loosing so much at bay, (although times my mood dips too fat)

Vit D deficiency shows many similar symptoms to ME including depression, confusion and tiredness. Most people in Ireland & UK need extra due to the sh1te god forsaken weather we endure.

Can#t remember why or the dose of the Omega 3 and tbh I don't take them that often as they tend to repeat and I am sick.

Pacing has made the biggest difference. I would have tried to continue as normal and after a couple of hours I would drop for a couple of days. Now I limit my activity and rest more than I would ever have and can function better, (although a long way from well).

Between that, re-framing things that I believe this to be a transient and preparatory period of my life so I can 'convince' myself I will get well and have a better life.

Thank you for all the info but what works for one doesn't on another but resting is key to this illness snd doctors know nothing much and no understanding so that's it I'm with an ME group who are v supportive and we have meet ups now and again,I have applied for pip due to not nuchmoney coming in due to this illness but tricky because I work though.

if you suffer from post exertional malaise get will make things worse check out all the recent evidence reviews on the error ridden in my opinion fraud of a trial called pace. iff you have not done any previous research into M E you should check out the phoenix rising site which can point you in the right direction on the most recent research .pacing as in being responsive to what your body is telling you and not overexstending your reduced energy envelope seems to be the only appropriate treatment at the moment trying to avoid crashes can be very difficult especially in today's very demanding world but you will have to learn to say no even to yourself when it comes to physically or mentally demanding tasks.

Yes I have been advised by many people that get dose not work just puts people back to feeling crap again, anyhow at the moment I feel absolutely crap, didn't get out of bed until 1pm today. Yes it's learning to say no is the key to this illness.Do you work with this illness. Thank you . A

Have a good look on Dr Sarah Myhill's website. She is an expert in ME/CFS and is in Wales.

Angiejenz in reply to topaz1

Yes I have heard of Dr Sarah myhill.

Dr Sarah Myhill can be seen on YouTube delivering a presentation to a CFS/ME group about her theories and treatment. I actually found this an easier way in, even though it's very long, than her website which is a bit daunting. She's also written a book which you can buy on Amazon for about £13 which is really worth a read, well laid out and conscise.

Thank you for the advise Anthony.

Hello there. I have CFS (GP diagnosed at the moment -me/cfs clinic referral in)I have just read through your post . As I am getting tired when pottering about my chest is tight, my breathing is heavy and I feel as if someone is sat on my chest and I can't get my breath. This usually Eases after laying flat. So many people with so many different symptoms in this horrible condition. X

So you were recently diagnosed? What treatment have they offered you, do you work with it?? Umm yes so many different symptoms and no cure, but let's hope they find one. And it's invisible illness and not many understood it, it's just so frustrating as well as it one day ok but next day almost dead.

On my iPad it will only let me reply with about two lines of writing so I'm going to try and post in the ME community! 🙄

CFS in every day living

community and hope you are all ok? I was diagnosed with CFS 3 years a go, it has caused me quite a...

depression, this is too general.

I know this is difficult to diagnose. I only want a diagnosis so...

Hello, my GP is willing to refer me to a CFS clinic in east london. Apparently its a...

some that are infected with other diseases or who have autoimmune diseases.

feels I have CFS on top of everything else I have going on!! He’s referred me to the CFS clinic,...

My ME episodes are getting more frequent

I'm New Here -- Living with CFS and my treatments