Body itching with HRT: I have Sjgreons and Lupus... - LUPUS UK

I have Sjgreons and Lupus for over 20 years. I take amongst other tablets hydroxy & azathioprine. I haven't had a period for 2 years but struggled with symptoms, I have been put on Kilovance 1.5mg hrt. I have been OK a few side effects painful breasts, bloating but the worst is the itching. I itch from head to foot no rash or anything just the feeling that something is walking over me, including my head. Antihistamines help but don't stop it but make it easier and calms it down a bit. Has anyone else experienced this, should I stop the hrt? . Getting to talk to Dr is difficult as for talking to my consultant how long is a piece of string.!! 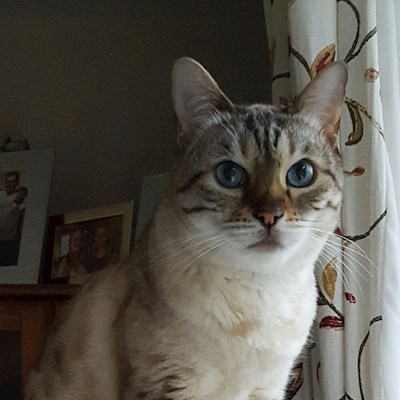 Mrsdoozer
To view profiles and participate in discussions please or .
Read more about...
10 Replies
•

You MIGHT be allergic to one of the fillers in the tablets so stopping the HRT temporarily might establish that. I always feel that something that starts about the same time as/slightly after something else MUST be assumed to be linked until proven otherwise!!! And allergic reactions aren't to be messed about with.

Note I have Stills (RA) not lupus.HRT patches suited me better for that reason and now I’m itch free. Process of elimination as stated by PMRPRO is the way forward-hope you’re itch free soon.

Hi, I have Lupus and take hrt, azathioprine, warfarin, steroids & Hydroxychloroquine. I too suffer with itching but mainly my legs. The best cure I find (temporarily) is using the shower head and having a cold shower on my legs.

I must admit I have taken cool showers to ease the itching. I keep expecting to see a rash but nothing! Its also my head it feels like something is crawling on my head, it isn't I hasten to add I had my husband check. I remember having something similar before I was diagnosed. The only thing different is I have been under alot of stress lately, my daughter was beaten up by her boyfriend and has a fractured cheek bone and split lip, she has only recently left home to move into her own place. She refused to press charges, she lives alone and I'm so worried about her so maybe that is the cause and its just happened the same time as I started Hrt. Life is never simple xx 😒

Have your hydroxy tablets changed .I found certain hydroxy made me itch.

Mrsdoozer in reply to Cal48

Hi no my hydroxy hasn't changed, the only thing different is the hrt. X

Hi everyone.I am very confused. I was told I could never take HRT because of my lupus. I just presumed that went for all of us?

Why do you think I was told that by my specialist?

Hello Mrsdoozer I I've also had my lupus and all it lovely autoimmune friends that come along with it for the past 15 years or so. I am now 48 years old and had stopped getting my periods when I was 37. Did you notice that you stopped getting your menstrual cycle when you started the AZATHIOPRINE? I have asked my doctors repeatedly why I have stopped having my menstrual cycle so early and they all shrug their shoulders and you know what they're going to say right oh, it's the lupus. So like many of us I have just given up with finding out. I have had no menopause symptoms and it bugs the crap out of me that I can't get an answer. I also take hydro and the itching has started about a year-and-a-half ago. The doctor has given me Hydroxyzine and sometimes I'm lucky and it does stop the itching. Cold showers definitely help I hope you are having a better day today.😊

having this itch on my head, sometimes it's just above my neck but later it's all over my head. I...

Hi, can anyone advise me on what to use for the itching on my arms? I can't have anything covering...

Whenever I have a shower or bath I itch like made after. It's not shower gel or anything Iam using...

Anyone else found this? Any ideas how to stop the itching.

My itching has now worsened and now it won't stop. Arms are the worst but it is all...