I'm not sure whether this is reassuring or not - the article says it kind of is, but worth a read, anyway....creakyjoints.org/living-wit... 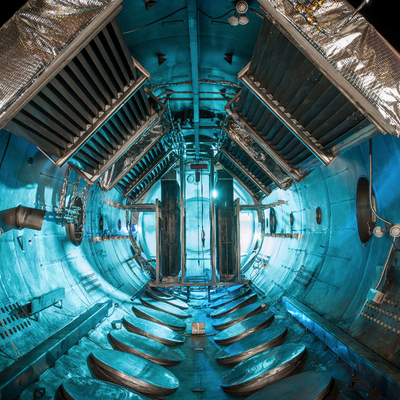 Choccy8
To view profiles and participate in discussions please or .
16 Replies
•

Thanks, troublesomelupus. Yes, it doesn't sound great, does it? I don't feel I understand enough to get the full implication of the numbers involved, but it does sound worrying for those on biologics.

I think it is only B-cell reducing biologics. like rituximab, and not all biologics.

I'm a tad gutted at the steroids effect though!

Choccy8 in reply to PMRpro

Ah, yes, that makes sense. Sorry, I'm not too au fait with the biologics... Yes, a '10-fold reduction in antibodies' for people on steroids. It does sound a bit scary...

Choccy8 in reply to PMRpro

Am I right in thinking '10 fold reduction' means those of us on steroids only have one tenth of the antibody levels of someone not on steroids? Sorry to be thick!

Probably - but it is a bit vague since even healthy subjects have a massive variation in levels.

panther50 in reply to PMRpro

Interesting study-thanks for posting it.

Yes that’s not v clear. It doesn’t state the doses involved so I don’t think you can draw that conclusion with steroidsi.e everyone will have a 10 fold decreased response. Probably the most you can say is that we’re likely to have a reduced response. Everyone’s different & on different combination of meds. I had increased mine as I’d had a lot of shoulder pain at Christmas but reduced back down to my usual dose (within safe tapering as agreed with rheumatologist) after the vaccine to give it the best chance. Thought I’d rather put up with the pain & hopefully be slightly more protected.

Oh I’ve just waded through the original study. Regarding steroid dose: “This was independent of dose, with very low titers*observed in some subjects taking <5mg prednisone daily.” ☹️ but still very small numbers of people in the study so not sure if it’s statistically significant.

Choccy8 in reply to panther50

Hi Panther, sorry slow reply, having a bit of a tired week. As you say, hard to know quite what to make of it, especially as this only relates to Pfizer-type vaccines, not Oxford. Also, they note 'You could have reduced antibody levels, but still be protected from the SARS-CoV-2 virus, in part because there are other aspects of the immune system that help fight disease.' Here's hoping, anyway! All the best.

panther50 in reply to Choccy8

No problem. There’s so many variables, I’m choosing to be glass half full at the moment. I think I will have protection after second and will also be careful.

I am on Benlysta and mycophenolate,got both doses of the Pfizer vaccine, only left the house for doctors appointments, and still tested positive for COVID last month. Now, this stinks because I had to go off my meds until I got a negative test result and this caused a flare. However, I had zero virus symptoms this time ( I also had COVID back in November). I only found out I was positive because I was having surgery. So, even though my immune system was too weak to fully respond to the vaccine, I am definitely protected from serious symptoms. I absolutely agree with the article that the vaccine is still worth it.

Choccy8 in reply to Verdant16

Hi Verdant, glad to hear you escaped relatively unscathed from your recent Covid infection. Hope you're fully recovered from the first time around as well. I agree, it's definitely worth having the vaccine - I'll take anything going at this point!

Thanks for posting. I was getting my hopes up until I saw that the research was conducted in the US where their Pfizer doses are 3 weeks apart. The UK research from Kings College, London showed favourable results (for Pfizer, not other vaccines) when doses were 3 weeks apart but a massive decline in efficacy for 5 weeks apart, presumably getting worse the longer there is between doses. And apart from the initial report there has been nothing since. No recommendations - do we have a 3rd jab? A booster? NothingSo, still feeling miserable and forgotten and resigned to the fact that I'll be a prisoner in my own home for even longer.

All I'm asking for is a little consideration, information and advice.

Choccy8 in reply to Whippet_lady

Hi Whippet_lady, sorry slow reply! My sister mentioned some research about the Pfizer jab spacings, but I couldn't find it. That doesn't sound so good. I wanted the Pfizer because it seems to offer better protection against the new variants, but ended up with Oxford. Like you, I'm reluctantly resigned to carrying on shielding indefinitely, or until we get boosters. I might look to get an antibody test once I've had my second, to see what's what!

Whippet_lady in reply to Choccy8

I've had my 2nd Pfizer jab today, 10 weeks since my first one so, who knows, it might be like having a first jab again. I so want to be excited and pleased about it but in reality I'm still scared and fed up that we're not being told anything. I see my rheumy next week so will go prepared with all research and govt advice printed off to show him, and I speak to my GP the following week so I'll have it all ready to email to her too. Maybe I'll ask them both about a test to see if I'm sufficiently covered or not. Don't think I'll get very far but if you don't ask, you don't get! I just want to know where I stand. It's not much to ask, is it?

I know at least one person on or has taken almost every med on the list. VERY helpful info. And, personally happy to see mine has almost no interaction. Phew!

Choccy8 in reply to katidid

Glad to hear, Katidid! That must be reassuring.

Covid vaccine risks and side effects: the German take from Deutsche Welle

of the individual vaccines. Only the long-term studies that accompany the vaccinations worldwide...

interesting article in the BBC about trying to maximize any vaccination response to the Covid-19...

impact of hydroxychloroquine on response to covid vaccine

but not sure how concerned I should be... \\"Chloroquine inhibits antibody responses to...

part in this survey for a study looking into the effects of the COVID-19 vaccine in patients with...