So my Rheumatologist decided to confirm a diagnosis of Undifferentiated Connective Tissue Disorder last week...I don’t know a lot about it really, other than what he told me and what I’ve googled!

He suggested I start a medication called Azathioprine... but everything I’ve read about it is bad! So I’m a little concerned. Could anyone share any positive experiences of this medication to put my mind at rest? The steroid injection has had such a positive impact, but my Rheumatologist said he would rather I didn’t have them long term as they are hard on the body. I really just want to get over this blip and then hopefully I won’t need long term medication...maybe I’m being overly optimistic?! 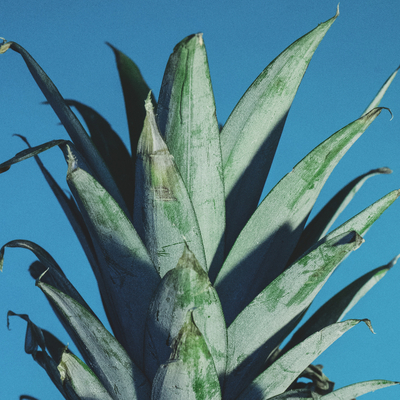 SRiley
To view profiles and participate in discussions please or .
Read more about...
15 Replies
•

Hiya, I have fibromyalgia and sjogrens disease. I have been on mycophenolate for quite a while which isn't working, I had a massive sjogrens flare and was put on steroids for a month which worked wonders, now back to how I was, mycophenolate was doubled in dosage but no improvement. I am being considered for azathioprine also. My rheumatologist nurse has managed to get me into the rheumatology clinic next Friday as I am going downhill fast. This med sounds serious stuff. I have a leaflet on it but I don't know what to think really. Nothing helps with my nerve pain, dry mouth, dry eyes aches, pains, stiffness everywhere. I have recently been diagnosed with osteoarthritis in my ankles, I have it already in my right foot and right hand but I think it's everywhere. My neck, shoulders, shoulder blades, back. All so stiff and achy plus nerve pain. Sorry for ranting. I am worried too. X

I think Azathioprine is the first drug of choice they put folk on when considering lowering steroids.

Many people with Crohn's are on it, including my daughter in law who has had no side effects at all after two years.

I was terrified when they suggested it to me for my connective tissue type disease as I have liver and biliary problems too and extreme sensitivity to many drugs,

I tried it last Friday and had massive biliary pain and sickness after only half a tablet and a tiny dose, it has taken a week to get it out my system.

I think it is worth trying unless you are known to have liver issues and begin with a tiny dose so side effects are kept to a minimum,

I am hoping I might manage to tolerate mycophenolate but that will be months away as my clinic visit with gastro is not till December. Meantime I am on oral steroids plus steroid injection every 10 weeks and see the Rheumatologist every time which is good.

I hope you manage to tolerate it and get help. It is usually a good idea to get down the steroid dose ,in an ideal world! xx

I only get given steroids when I have a massive flare of either fibromyalgia or sjogrens and that is a tapering dose for a month. X

Hello I don't have lupus but have some similar symptoms and have a number of autoimmune diseases, including vasculitis for which I was prescribed azathioprine.I was scared to try it but was feeling awful and very ill before I started the azathioprine so My doctor wanted me to try them and I was So desperate I would have tried anything I think.My rheumatologist monitored me very carefully at first with weekly then fortnightly then once stable monthly blood tests.I have been on azathioprine now for just over a year a and for me they have worked really well.I feel so much better and my blood results are much improved.My quality of life is much better.I still have symptoms but it has definitely helped.If you decide to try them I hope they work for you.Jane

Thankyou. I have had the relevant blood test to check I was ok to go on it and I am fine to go in so I will if that is the decision next Friday. This nerve pain is so bad, never get rest from it. The aches and pains and chronic fatigue. I feel more like an 80 year old than a 50 year old. I can hardly do anything without pain. The only relief I had was being on steroids for a month. I felt like the old me and did loads. Way too much I suppose, now back to the new 80 year old me. It's awful for all of us. X

I took this for several months and really didn’t have side effects other than it did make my hair coarse. I only stopped because she felt I should be on Cellcept. She explained that it is Azathiprine, Methotrexate and then Cellcept before Orencia or infusions.

Everyone is different and I read people’s feedback to be prepared but I personally didn’t experience anything bad. Now if this was Methotrexate I’d have a story or two.

Hope it all goes well for you and you find a great solution!

Hi, I have UCTD and I also take Azathioprine. I put it off for months as I was so scared of the side effects but when I finally took the plunge I have not looked back. Within a few weeks I saw an improvement even though Rhuemy said it could take up to three months. I’ve had no side effects and although the regular blood tests are a bit of a pain they have all been fine. Everyone is different you can only try it and see if it works for you. I still need the occasional steroid courses but it’s definitely better than. Before.

Mandypandy1969, I am sorry to hear about UCTD. Not sure about the medicine you mentioned about. However my daughter was diagnosed the same, the initial diagnosis. My doctor did the same early on UCTD in my case too. We both have lupus now. It feels and seems that doctors initially diagnose UCTD and wait as it is an autoimmune but they are not sure until it forms one of the auto immune diseases. Lupus Behcet or if at all will form a serious auto immune disease.

Both of us was put on plaqunil, which was a life saver. It is quinine to manage over producing defence mechanism. And massive doses of Vitamin D. Steroids are not a first choice as they harm as much as they do good.

Hi there (to a fellow Riley - which was my maiden name)

I too have UCTD , Rheumatoid Arthritis & Small Fibre Nueropathy and I was put on Methotrexate (which I came off after spending the first 10 days on it in the bathroom!) then I was put onto Azathioprine. It didn't have any side effects but it also didn't do nothing for me at all, so I was only on it 5 months. I was then put onto Lefludomide, which again didn't really help that much. That's when my consultant got me onto a 6 monthly infusion called Rituximab - which seems to work! In between all this I was on and off steroids until the Rituximab. I still have flare ups but on the whole feel okay most of the time.

My point is this: I think that all these drugs we are given act on different people in a different way. I know some people I have spoken to swear by Methotrexate or Azathioprine or Lefludomide etc and have never been ill on them, whereas others are violently ill using them.

So my advice to you is to try the Azathioprine, you could be one of the lucky ones that it works for. I am afraid that is all we can do. I know that I sometimes felt that I was banging my head against the wall but eventually I am now on something that is working at the moment - fingers crossed. I am afraid that is the nature of Auto-Immune diseases and until if & when they come up with something like a cure, that's seems to be all we can do.

Good luck, let us know how you go on.

I was put on azathioprine because I kept flaring and the only thing that helped was steroids and my rheumatologist like yours, didn't want me on them long term. Azathioprine worked wonders for me. I began on 50mg a day, then up to 100mg and eventually 150mg. I did have nausea, but after about a month it went and all was well.

I was on azathioprine for 2 years before I had to come off due to my bloods and it was only after it left my system and I was in a constant flare that I realised exactly how much it had helped me! I'm now on mycophenolate and it took a while to help but now is working ok.

None of these drugs are a walk in the park, they're heavy... But so are our diseases. We need strong medication to control our strong diseases!

I took mine always with food, and in the evening so as to sleep through any symptoms. I hope it works for you as well as it worked for me, 😊

I have been taking it for more than 10years and having annual eye field tests etc and have no problems.

I have trusted my rheumatologist and my ophthalmologist as they are thorough I feel. I used to have 6montly eye spec tests but now annual. No damage.

Thank you everyone! This has put my mind at rest

I think you are all right- I have to give it a go to see how it works for me! Fingers crossed!x

When I was at the Mayo Clinic, they diagnosed me with APS and UCTD.

The team at Mayo put me on Plaquenil. They believe plaquenil will prevent UCTD from evolving into full blown Lupus.

Have you discussed Plaquenil with your team?

All these drugs are scary but we have to take something to manage these horrible symptoms from this awful condition, well that's the way I see it!!

I have tried azathioprine twice and yes I think it's the 1st drug of choice because its usually well tolerated.

I unfortunately didn't manage to tolerate it and my liver didn't like it, I stopped it and tried to re start it but just was having none of it.

Hi I'm in the same situation. I have UCTD and was offered Azathioprine at my last appointment but I'm not keen to take it because of side effects. I also am under investigation for PBC liver so this concerns me too as I've heard it can affect the liver 😫.

I've put it on hold until my next Rheumatology appointment, I have questions and concerns and also I have a Gastroenterology appointment on 24th October and I would like their advice too regarding Azathioprine and the liver.

I know everybody's journey is individual and what works for one may not work for another. It's taking the leap that's the hardest part I suppose and I think in my case I'll know when I'm ready to try it.

everyone here at lupus uk . I’ve been prescribed to take the above medication by rumy . Been...

have problems with azathioprine? I've had lupus 8 years and take a number of medications then was...

I thought the IUD was sufficient 🙈 So I’ve chosen Azathioprine now for this reason. I hoping Aza...