Protein in urine a cause for concern? - LUPUS UK

My urine was last week dip-stick tested by a practice nurse, as I had had a UTI. Nothing indicating continued infection but she did remark that there was a lot of protein showing, which obviously made me perk up my ears given the Lupus.

Anyhow, a urine sample was then sent off to the lab and the GP receptionist tells me that the results are marked up as 'clear; no further action needed'. I am wondering if I can indeed put the protein issue 'to bed' as a transitory thing, presumably connected to the UTI, etc, and forget about it. Presumably NHS labs routinely test for protein alongside looking for infection? Or would it be advisable to get my urine dip-stick tested again next time I'm at the surgery? Any thoughts appreciated. 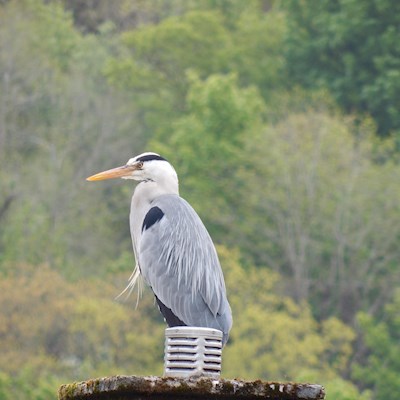 MrsMouseSJ
To view profiles and participate in discussions please or .
Read more about...
16 Replies
•

It is quite probable that the protein showing was a result of the infection you had rather than a kidney issue. I would suggest that you do put this to rest or you will be spending a lot of time worrying about it for nothing. Do you have regular check-ups with blood and urine tests? These tests would catch anything sneaking up on you, unless it was an acute kidney problem and then you would not have seen it coming anyway. I have high micro blood and trace protein in urine all the time. It is checked regularly, but really can't do much about it unless it gets a lot worse - which I am counting on not happening. I know it is a worry, but one you should put on the back burner for now, that is what I tell myself, anyway.

I don't think you should put it to bed as you say. You should have regular checks to ensure that all is ok. But it doesn't mean that you will have kidney problems. Its just something that sometimes is a first sign of a problem.

Don't worry, but if you are not checked every so often it may be worth you prompting for a check.

I agree. The worst thing you can do is not do something. I suggest urinalysis sticks. £13 for 100.

Really? I had protein in my urine...did some reading, and it led me to kidney disease. I got a sono because dr thought I had gall stones. Mentioned my kidneys seem to be a problem. The sono tech had the foresight to sono my kidneys and found I had some scarring on both kidneys. Kidneys dr said minimal enough for kidneys to handle, but I still choose to not eat certain things that aggravate the kidneys...like for instance ibuprofen. I noticed I couldn't urinate too well after taking, and do not take anymore. I also changed my diet even though my kidney dr said I was ok. Speculated UTI cause the scarring. So, he said to me u probably have a UTI now. I said I always have a UTI and not planning on living on antibiotics the rest of my life. I take 1-2 cranberry supplements a day and watch what I eat doesn't stress my kidneys too much and I have not had a problem for over a year. I listen to doctors, and then I do what is best for me...preventative, so that I don't get more scarring and end up on dialysis or need a kidney transplant someday. Sorry for the extreme answer, but doctors dont know what the heck they r talking about. Everyone's different.

Barnclown in reply to Natura

And thanks to mrsmouse & everyone here

After a lifetime of what I call volcanic UTIs, I was relieved last summer when the specialist gyn scanning consultant, who was checking out my menopausal DES malformed birth defected internal repro organs, made a special effort to ultra sound my kidneys &, phew, told me they look ok....my kidneys ultra sounded ok 15 years ago too, but it felt good to get scan-checked again because I tend to go through phases in which I'm prone to volcanic UTIs at regular intervals over the course of several years (despite consistent ultra conscientious conservative management (inc diet, supplements) & antibiotics (I'm now resistant to several standard UTI antibiotics, but cefalexin worked fine the last few times))).

My UTI tests are always high tissue/protein, blood, mucus etc etc. So, thanks to the discussion in this thread, I finally feel better "orientated" re the implications of that ultrasound & my urinary tract history....not that I'll put my version of urinary tract involvement all to bed for more than a bit of a good nap though....after everything I've been through over my 60 years, I tend to feel that naping with one eye a bit open is the best way for me to cope with my version of lupus...

Many thanks for your replies. This has stopped me worrying too much. I think the way forward, as barnclown so aptly puts it, is 'napping with one eye a bit open'. I should hopefully have my urine checked by the rheumy later this autumn, which which should pick up on anything longer term going on. Best to you all.

Protein in the urine should not be ignored as I had protein in my Urine and it has led to a Kidney transplant. The protein has to be monitored as it can lead to Kidney Failure. Get more information about protein in the urine such as FSGS which i have. Don't put it to bed as said previously. Be aware of it. Google FSGS. Take care.

I hope I didn't scare you too much.

MrsMouseSJ in reply to sandwiches

No, no; that's fine! I'm sorry to hear that you had to have a transplant though. I hope that you are doing ok now.

sandwiches in reply to MrsMouseSJ

It is four years since my kidney transplant it is working well, but I still have protein in my urine. That is something for the future.

UTI produces a temporary proteinuria with nitrites and a positive growth of bacteria; lupus kidney disese produces a persistent proteinuria. The Bacteriology lab result being clear of proteins (on standard testing) you do not have to worry. On the other hand there is no reason why you should not ask for further dip-stick testing and provided the GP's sticks are not so old that they give false positive (is show 'protein' when there is none) it will do no harm.

Many thanks. This is what I had assumed but wasn't sure. I think getting a further dip stick test done next time I'm at the surgery is probably worthwhile, as you suggest.

I suffered from UTI and cystitis for years constantly on antibiotics - my Urologist recommended a product called D-Mannose - I buy it from Amazon - honestly it is magic, I haven't had another single UTI! Read the reviews on amazon and other sites - this stuff is so much better than antibiotics. It's natural too - I am no medical specialist so this is purely based on my experience. I read up on it and it sounded amazing, I tried it and it worked. all the best xx

I've heard of D Mannose but not from anyone actually using it, so useful to get your reply. Best wishes.

Grrrreat tip: I've not heard of as mannose, but just googled it & found great info...apparently the important ingredient of D mannose is in cranberries & a few other fruits, so I'm getting D mannose in the solgar cranberry concentrate + probiotic supplement I've been taking for several years.....so maybe D mannose is helping my UT already, along with the lupus meds I take & all the lifestyle management I try to stick with....but, for whatever reason, it's been 3 years since my last UTI!

Protein in Urine should I be concerned?

levels of protein in my Urine, I’ve felt like I have had a urine infection, but other than Protein...

What amount of protein in urine is normal?

the bin like a spoilt child 😂 Anyhow I keep seeing +1 protein in my urine? Is this normal for...

Protein in urine, how much is too much?

had slight protien in urine at my last appointment in December, plus blood tests showing raised...

Increasing Urine Protein Crea Ratio - Anyone has been through this?

the urine results showed that there was protein leakage again above the normal range. My Urine...

in my urine. They want to see how the culture does because they don't feel it's a uti. The dip...