I'm 5months post op of upper right Lobectomy. I've had a chronic cough since surgery. repeat CT shows op was successful. camera down throat shows no reason for cough. I've had steroids, 5 lots of antibiotics and I'm now on blue and brown inhalers. nothing is making me better and it's seriously affecting my quality of life. has anyone else experienced this? 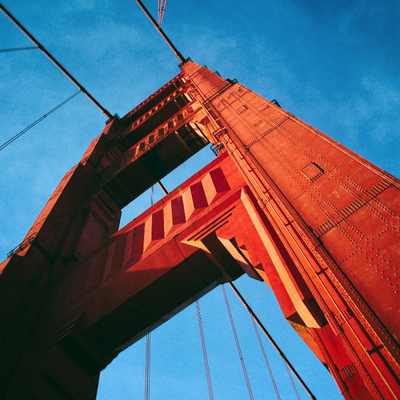 Paulweaver1984
To view profiles and participate in discussions please or .
Read more about...
6 Replies
•

I had great lung function before same lobectomy as you 10 months ago. I exercised everyday. However since my operation I’ve had a wheeze and cough. Steroids, antibiotics and both inhalers. Surgeon said my windpipe would be narrowed due to op but no other explanation. So I have accepted that I wake every night coughing that people constantly think I’ve got covid, luckily for me colleagues know what it is. I’m happy I’m still here and I think that the cough and wheeze are part of life now along with the extra weight as exercising the way I used to is a thing of the past !! It does get me down a bit at times though as I thought I would make a full recovery.

Hi Paul. Like you I had an upper right lobectomy after chemoradiation treatment in 2018. I also developed a cough a few months post op and after various treatments my oncologist discovered that the middle right lobe of my lung had slightly collapsed and was squashing the bronchus hence the cough. Apparently this can happen after removal of the upper lobe. I have since had a rigid broncoscopy to clear the lung twice which helped initially.. My surgeon recommended a saline nebuliser which I use once or twice a day and this has really helped. In fact I sometimes use it only a few times a week now. I am sure if you had a similar lung collapse this would have shown on the CT Scan which mine did. However, you may find a nebuliser helps and it’s definitely worth talking to your doctor/consultant about. I tried everything until the nebuliser with no effect. I have had to buy the nebuliser myself, which was a good investment , and my GP prescribes the saline for it. I have also been doing daily Tai Chi and breathing exercises which help. I hope you find some relief from this chronic cough, I know how awful it is and also how everyone looks at you when you are out thinking you have the dreaded Covid! Take care and good luck.

I am sorry to hear that you still have persistent cough 5 months after surgery, this will be exhausting especially if it is keeping you awake at night. It is reassuring news that CT and other investigations are clear but that does not help the constant cough. It might be worth speaking to your GP again as there are other things that can cause a cough such as gastric reflux or Hiatus Hernia, these can be easily treated. As Swimdown has said saline nebulisers can be helpful your GP will be able to advise on this.

Hi Paul, thanks for your post, I was beginning to think it was me going mad with the coughing, I’ve had top right section of lung removed and a section of the lower one also removed, with chemo and rads And just coughing all the time, I also was a keen rambler but I’m not able to go the way I am now, just walking around the block leaves me gasping for breath x at least now I know it’s just not me!! I’ve not had ct scan yet just coming up to 3 months post op x

No Paulweaver did have a cough but went away with antibiotics could be after removal of lymph nodes if you had that done . But do hav swelling under arm area and around shoulder which only happened two months after surgery a bit anxious about that hopefully all those things will improve with time

found on the 31st January this year. I had an upper right lobectomy on 21st March (5cm stage IIa...

from Harefield hosp & I am being admitted for surgery next Wednesday, taking into account all the...

Treatment has stoped working - next steps