Dad has squamous cell nsclc. He had upper right lobectomy December 2019 and given all clear.. Aug 2020 came back in mediastinal lymph nodes causing SVCO. The tumour was 9cm so he had a stent.

Fast forward to now: we've had the news he's had "significant progression"

we've been told they've checked everywhere and it's not spread to anywhere else - its still contained, it's just grown.

He sees the oncologist a week Tuesday to discuss.

I'm in a bit if state wondering 'what next'. I don't want them to stop treatment because hes already had a lobectomy and the aforementioned treatment

He keeps pretty well - he's 67, still works full time as a plasterer and does fine. I honestly believe he's no further than 1 on the ECOG scale. Other than a bit of breathlessness on exertion, we've noticed absolutley no change in him, so this is all a huge shock.

Anyone had anything similar? What were your treatment options? 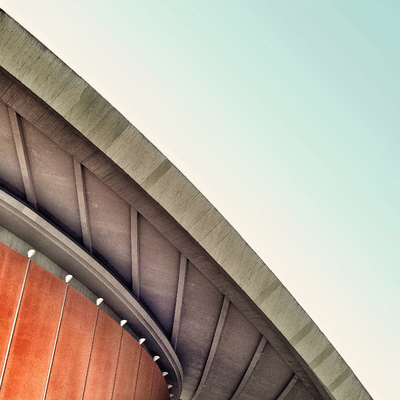 ALCLFC
To view profiles and participate in discussions please or .
Read more about...
2 Replies
•

So sorry to hear your Dad has had some progression, but encouraging that he is well enough to work at the moment, and the cancer has not spread They may not keep your Dad on the current treatment if it is not having the best outcome for him and hopefully they may have something else they can treat him with

This link is from NICE - the National Institute for Health and Care Excellence, it is a flow chart that you can follow to all the treatment options for your Dad's type of cancer, which are all research evidence based:

If you click on the link that looks like a mobile phone this will open the page up to a flow chart that you can click on to see each treatment option.

Hope you hear form others in the forum who have experienced similar and there is support and encouragement for you and your Dad.

This is such a worrying and stressful time, any news of recurrence or growth and the anxiety of what happens next. Your Dad's lung cancer nurse specialist may be able to advise on what treatment options may be available.

If there is anything you would like to discuss you can either email us at lungcancerhelp@roycastle.org or call our free phone nurse led helpline number on 0800 3587200

All the very best

Always a shock when somebody appears well and to have been responding or coping with treatment but we can never be certain what's going on in side our bodies.... hopefully they'll discuss options with him which may include radiotherapy or other treatment types dependent on its characteristics.... it can be just as scary being the relative - I remember being so worried when my dad had bowel cancer then it returned 6 months later and he was so poorly and in hospital for weeks, we didn't think he'd reach 60. He will be 92 in February and had another primary bowel cancer and yet more surgery in 2016 and had a heart stent some years before... things have changed so much in recent years for lung cancer and the pandemic has also enabled some patients to have treatments previously not given before but if they can keep hospital visits to a minimum, that has tended to be a preference. Hopefully he'll be given some details at his visit of what's possible - will you go with him or attend virtually if it's an online appointment? hope you get some answers soon and he can start more treatment... thinking of you..

Mum's cancer is back

mum was diagnosed with Lung Cancer last Nov, had a lobectomy in Jan, all good on first 3 month scan...

for activity In 2016 September 12th I had a left lung lobectomy bottom half removed , because of...

black irregular shaped area. He showed me the pre treatment scan which showed the tumour to be...
•
9 Replies

IIIB NSCLC and have had chemo, radiotherapy and then had a lobectomy in June 2015. I have had no...

Treatment has stoped working - next steps