Are there any small cell LG stage 3a survivors out there? I’m still trying to get my head around my mum’s diagnosis. Are we now on borrowed time? Thank you. I’m so desperate for answers 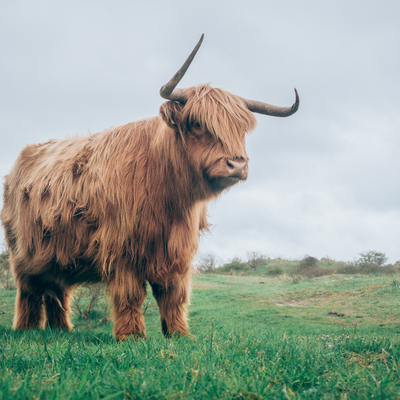 Emkins
To view profiles and participate in discussions please or .
19 Replies
•

Hi. My mother was diagnosed with extensive stage 3 sclc in May 2016. Went through chemo, radiotherapy to chest and head. Still here today nearly 3 years on from start of treatment. Not been easy, treatment is harsh and can cause lots of side effects and long term issues but you deal with everything that happens. My mum's is not curable but treatable and since the end of treatment Aug 2016 she has not had any treatment just 3 monthly checkups. Everybody reacts differently to treatment. Spend as much time as you can with you mum and make memories as you don't really know and neither do the specialists how long truly a person has. Hope this helps. Timescales online seem very outdated so be weary to rely on these.

This is really encouraging, so thanks so much for sharing....

May I ask what the long term side effects may be or indeed the short too?

Do you know what treatment your mum had?

Did your mum have chest to head to prevent it spreading to the head?

Going to make as many memories as we can and also with my grandchildren. They’re 11 this month and I hope she’s sees many more xx

Hi. My mother lost all her hair, head, eye lashes and nasal hair - had a runny nose, the hospital supplies a very good wig, you would never have known. She had jelly legs where she felt wobbly on her feet but this disappeared. She had tingly fingers but this also disappeared. She had such a good response in the lung that she then was offered chest and pci. The pci to the brain was quite severe she felt like she had a constant elastic band round her head but again this disappeared after a while. The pci reduces the chance of it going to the brain which is quite common. Try see if you can get a macmillan nurse - they are invaluable. I think she had one of the popular combination of chemo, can't remember actual name. She suffered with sickness and generally feeling unwell and tired but at the end of the day there is not much of an alternative. Support as much as you can and try not to worry - easier said than done- I have to say though that at this stage I tend not to stress as much as you realise you can't influence anything that is happening.

This is very useful to know and I gather everyone is different, but even so, it’s an idea....

Especially in terms of getting a PCI as a possible preventative measure..

Welcome to the forum and sorry to hear about your Mum, as AnnW1 has written no one really knows on timescales, but there are encouraging stories out there and hopefully you will find some on health unlocked.

Do keep talking about it and asking questions, you will find the support is there for you and your Mum.

If you are interested this link will take you to the information booklet we have on small cell lung cancer:

Your Mum should have been allocated a lung cancer specialist nurse, if not you can request one either by the specialist or your GP. They are a valuable source of support and information for both of you.

The Maggie's centres can also provide practical, emotional and social support, you can pop in for a chat to discuss things and this link will take you to what they do and where your nearest one would be:

If you wish to discuss anything you can call us on our Freephone nurse led helpline number on 0800 358 7200.

Emkins in reply to Suek55

Emkins in reply to Suek55

Emkins, stop worrying. You say your mom has 3a. Get it shrunk with chemo and then maybe a surgeon can remove some. My wife has 3b sclc and its attached to her heart. We just accept everyday that we have. Just remember, Live for today, Yesterdays gone, Tomorrow is yet to come.

Can your wife not have any treatment to try and blast it away?? Xx

she is having chemo but only Maintenance chemo. To keep her alive basically. If it shrinks any, they want to try radiotherapy but.... does it work?

I was told sclc responds well to chemo, so just maybe that and radio will turns things around for you. You just never know. Keep the faith and I’m thinking of you both

Emkins small cell does respond well but if its advanced like my wifes then its hell. As for the waiting the turn around target is 8 weeks from diagnosis to treatment. Good luck

My mum’s is being classed as ‘advanced’. It’s all so confusing

Take each day as it comes and be there for her.

Milly231999 in reply to Babydolltina

My dads small cell cancer has shrunk from 10.5cm to 2 cm after chemo therapy he had 10 days of radiotherapy and now waiting for a scan. His is incurable too just prolonging his life consultant is really happy.

Babydolltina in reply to Milly231999

Milly231999 that is such great news. I'm happy for you all concerned. Just be aware that the scan cant take place for 12 weeks due to the radiotherapy. All is going to be GREAT. God Bless Him

Ok I will.... I’m just going to take each day and face what we have to. It’s the waiting I can’t stand. We found out on Friday and when I spoke to hospital yesterday (she’s been transferred to closer hospital) they didn’t have her notes!!! They’re now going to have another meeting this Thursday. I just want to get on with treating it...

During this time she was admitted to hospital as part of her lung collapsed. She has now been...

his node is now normal size. Please does anyone have any positive stories for Small cell as it...

her 6 cycle of chemo for smcl. Has anyone heard of any trials or immunotherapy that is treating...

Hi, My lovely husband has been told he has small cell lung cancer; the tumour is in his left lung...
•
38 Replies

Feb19. She was told in march it was Advanced small cell. Tomorrow she starts Carboplatin and...