Fresh from first visit to oncologist ... - The Roy Castle Lu...

Today I saw my specialist for the first time. I've had all manner of tests to find a cause for my upset stomach and weight loss. He tells me I have almost certainly got an aggressive stage 4 lung cancer in one lung, spleen, adrenal gland and possibly in my larynx. He seems very keen on the idea of treating me with chemotherapy even though my symptoms are pretty moderate thus far. Before biopsy he suggests chemo will give me a 30% of living another year. My concern (aside from the idea of deciding treatment ahead of diagnosis) is that the extra few months I might get could be tainted by prolonged side effects. I've got quite poorly generally but I certainly don't feel terminally ill.

I don't fancy spending my last months asleep or puking but equally I'd quite like to live a bit longer than a few months. Are there treatments that won't lay me up for weeks? 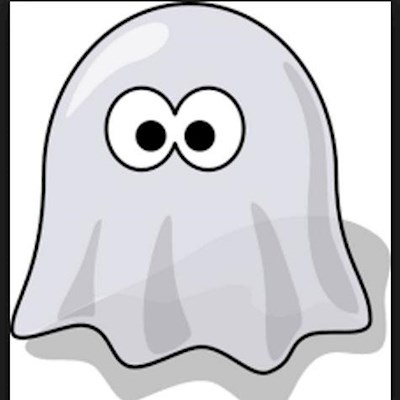 Ghost-by-the-coast
To view profiles and participate in discussions please or .
Read more about...
11 Replies
•

I fully understand your dilemma because after having had a lobectomy in 2014, the cancer returned and I was given a terminal diagnosis in April 2016. It was devastating news. I chose to NOT have the palliative chemotherapy that was offered. I thought, what's the point of running to meet death by most probably being horribly ill with treatment that held out no hope of being cured? People tell me the control of pain is well managed these days, so if I'm to die anyway, let's do it without further man-made complications. My family were fully understanding and supportive. Perhaps having a good idea of their opinions helped my thoughts crystallise. Later on, a GP quietly told me they thought I'd made a wise decision. Shortly after having made my peace with the world, so to speak, I was told I had a mutation in the cancer that meant I could be treated by taking Gefitinib and have thereby been "buying time" and in reasonable health since then. Lucky for me, yes, but it's still only putting off the inevitable.

I admire the bravery of anyone who undergoes chemo and salute all those good, dedicated people who help those of us who are ill, but sometimes I think, just because medical intervention (palliative chemo for example) can be done, should it be done? I fully appreciate that offering nothing is simply that ... offering nothing, and would a medical professional be comfortable doing nothing? Would that even be thought acceptable? People understandably clutch at straws. Who would deny a dying person a straw? I also think families can be so devastated by the thought of losing their loved ones, they would say yes to anything that held a glimmer of hope of keeping their loved ones a little longer. That is no crime, but is it necessarily wise?

I found some comfort and release in the acceptance of death as part of the story of me having lived and loved, like all the wonderful, good family and friends that have gone before me. I will have to look death in the face again before long, but in a way, I've been there and done that already.

This is a "quality of life" decision and you'll hear that said a fair bit from now on. One must consider the "quality of death" too. Both sides of the same coin I guess.

My very best wishes on your decision making.

Sorry to hear your news. Such a hard thing to think about and make a decision on. Did he say small cell lung cancer? My mum in law has been fighting all the way she has had a few different chemotherapys some she has sailed through and some have made her pretty unwell. She was diagnosed June 2016.Sending hugs and good luck 🍀

Ghost-by-the-coast in reply to Tcam

Thanks for the feedback. The oncologist can't know, except from experience, that it's sclc. He's pretty sure the lung cancer is the primary one.I suppose the biopsy ought to confirm that.

I asked him if, since the prognosis so far is based on lymphatic data from a CT scan, that might imply some other cancer but he thought it vanishingly improbable. Certainly I'm going to want a full diagnosis before I decide what to do.

wellcome to our forum, I am very sorry to hear about your symptoms and recent diagnosis. It is understandable that you will have reservations about chemotherapy, everyone responds and tolerates this treatment differently. Once they have all your test results discuss all your options with the oncologist whose care you are under they can advise on all treatment offers that would be of benifit to you.

As I say, the man thinks chemo already. The biopsy experience sent me reeling never mind treatment. Also if there is metastasis to my brain the chemicals won't touch it due to the effect of the blood brain barrier. Remarkable to think I rode my pushbike 3m twice for the xray barely three weeks ago. Whatever I decide I'll report it and later whether I think I was mistaken.

Hi, you can always give chemo a try and see how it goes. Everyone is different and maybe you will find it not so bad.

What was your stomach issues? I started needing to go to the toilet a lot more in the year leading up to my diagnosis. I wonder if it could have been the lung cancer causing it?

Cheers Glynn. All it was, was heartburn that wouldn't really subside without mucho antacids or omeparozoles. The stomach biopsies came back negative for cancer as well as much else. There was a slight flush of lumpiness near the ODJ which would ordinarily mean very little. Those symptoms remain btw but either I've become used to them or they're not as severe or the codeine has masked it.

I think I'm probably less busy in the bog because I struggle to eat much (except today). The oncologist thought the belly ache may have been caused by pain but that seems illogical because the stomach discomfort came first. As I say, until there is a meaningful diagnosis I think any clinical treatment would be a gamble. I still haven't dismissed the idea entirely but it's data I crave.

In your case there certainly would seem to be correlation. The scientific consensus does appear to be shifting towards looking at cancers as metabolic disorders as well as genetic in the sense that they begin as mutations. It's a fascinating subject really and I hope I've time to study it even more deeply.

How was your experience of treatment?

Treatment was tough. I have had to take a break due to poor blood tests. I was glad I had an excuse to have this break. I have not decided if I will do more as I feel ill now and don't want to take medicine that will make me worse.

When did your stomach issues start?

Not sure but end of June at a guess.

Hey, mum was diagnosed with stage 4 cancer that had spread to the brain at beginning of Feb. Outlook bleak. Decided on pallitive Chemo so far we are 10 months in. Very few side affects but works very hard to stay well. Just text me to say she was off for a run!!! For Mum it has been worth it, we get Christmas together this year which I would never have believed and we are still on 1st line treatment. You are quoted statistics, we are hoping at least another year for Mum with so many wonderful memories being made during that time!!!

I cannot tell you what happened to my Dad ,at the time he was in good health apart from a cough. He started the palliative chemo and within 5 days he become very unwell and was rushed to hospital. His red blood cells had completely crashed and he had developed sepsis. He was critical for a week and never got his health back. Whatever you decide I wish you all the best x

my mum was diagnosed with terminal non-small cell adenocarcinoma (both lungs and 2 spinal mets T5...

stage 4 lung cancer in September. Oncologist advised surgery out of the question as in both lungs,...

responding to the treatment. His lung mass has shrunk by 20%, and the adrenal gland has remained...

one of my three lung nodules has grown from 6mm to 7mm since my first scan three months ago. I'm...

Hoping for some advice

My husband has been living with NSCLC for two years now. He has fared quite well but unfortunately...

Pet Scan results are in.