Hey everyone, just updating you on my dad. He recently had another pet scan. This morning was follow up with the doctor and the tumor has grown and showing active (meaning it's growing) now - it is small as a nickel and they want to snip it. He would stay in hospital for 3-4 days to get diagnosis if cancer or not. If so they would remove part of lung that nodule was on.

Is having surgery a bad option? Wouldn’t chemo be better? 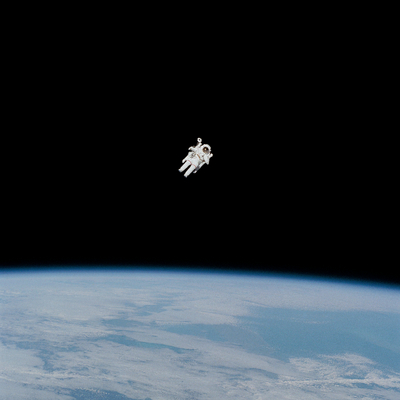 Hopeful4dad
To view profiles and participate in discussions please or .
Read more about...
22 Replies
•

Surgery is the Gold Standard in cancer treatment. It’s an option not offered patients with advanced cancer. I’m grateful that it’s an option for him. Surgery gets it out of there where they can’t be sure Chemo or radiation does. He may ask about adjuvant chemotherapy, in case the primary shed any cells. It would mop them up.

Usually adjuvant and neo adjuvant therapies are only offered when the tumor reaches a certain size or stage. I’ll try to find a link for you.

Thanks for the insight, Denzie. When we hear surgery and cancer we tend to freak out and think of the what if’s. I was always told that once cancer hits air it spreads (this is what was told to me when I was younger and my grandfather head a brain tumor). What’s adjuvant chemo?

Adjuvant Chemo means Chemo given after surgery. Neo adjuvant chemo is chemo given prior to surgery.

Have Dad get it surgically removed. And if necessary, get the lobe removed. I am a survivor and view my lobectomy as absolutely having saved my life. I also had maximum radiation and chemo, but as Dennie stated surgical removal is the gold standard. All Best Wishes, judg69

Hopeful4dad in reply to judg69

Thanks Judg69 for the advice. It’s always nice to hear from people who’ve experienced this very same thing offer words of encouragement. I am so happy so hear that having surgery saved your life! *hugs*

joeyroe in reply to judg69

My Husband will have lung surgery within the next few weeks but he is waiting 8 months for the surgery, what i truly want to know is during the weeks before the surgery did you get very tired and want to stay in bed also my Husband has terrible headache, I think it's stress but i don't want to force him to get out of bed as i have no idea if i am doing the right thing, as its getting near the time for surgery and having to wait so long, he had 4 biopsy's and 2 pet scans, please let my know if you or anyone was tired all the time and had headache's while waiting.please let me know.

With my first LC my Dr called me on a Friday night & already had me scheduled with a surgeon on Monday I had my RLL Removed very fast. No Chemo or Radiation

4 years later now I’m Houston it was time for my yearly surveillance so I went to a satilight MD ANDERSON had my ct scan & blood work on a Tuesday on Friday I got bad news & again I was set up at MDA in medical center. After so many tests some ok some not ok & 2 biopsies the surgeon was not convinced it was cancer so every 3 months I had a ct scan. That went on for 9 months & finally my surgeon said it’s growing & has to come out. It was cancer but a primary not a recurrence which is better & was in my upper Left lobe again no chemo or radiation. It’s a time of lots of anxiety those 9 months were brutal but better to be sure than just willie nillie cutting me open

I’ll never have surgery again without epidurals. I have been told if it comes back again surgery won’t be an option can’t take more lung. Now to answer your question my second one for 9 months was spent a lot in bed looking back I was depressed & that alone can make you tired

godblessmom in reply to judg69

Thanks so much for sharing. Could you please advise some condition after removing a lobe of lung? Can your dad still go out to hike, play tennis, jog etc? Are these activity possible at all? our family is in a very tough moment to make a decision on it. Thank you very much. Best wishes.

Hi godblessmom, a year later my dad is coming along wonderfully. Initially, he was short of breath and really having a rough time. Now he is able to walk without getting heavily winded. Still a little short of breath but not a lot. His oncologist told him after his surgery that it would take time to work his lung back up. Just gradually working those activities back into your routine is best - take it easy. Wishing you all the best.

I had my lower left lobe removed 16 months ago because it contained a 1.5 cm nodule that was stage 1A NSCLC adenocarcinoma. I did not have any follow up chemo or radiation. So far there is no evidence of disease (NED). I am 70 years old and feel good. If the doctors recommended surgery, it is probably the best advice.......in spite of the expected risk involved with any thoracic surgery. Wishing the best for your dad.

That sound's good as my Husband is also 70 but waiting on surgery, he is so scared and very tired all the time and bad headache's is this normal?

The best thing to do is remove the cancer from his body if possible. Then you follow up with chemo to kill any of those little cells that may be somewhere else in his body. I know the idea of surgery is scary but find a doctor that you trust to do the surgery if that is what they decide to do. Sending you strength during this difficult time.

I had a wedge resection almost 5 years ago. Because it was 1b, i opted for chemo. I would vite for surgery. To me its worth hoping they get it all. I was recently diagnosed with colon cancer. Had surgery 3 weeks ago. They removed a foot of colon. They think they got it, but it had affected some lymph nodes, so off to chemo again. Good luck to your day!

Hopeful4dad in reply to Memaw0100

Thanks for the suggestion. Any differences in breathing or day to day activities after the wedge resection? Praying for your speedy recovery during this time. Sending well wishes your way.

HI Hopeful4dad, did you get your questions answered? I really wanted to know too. Thank you very much for sharing

I was really breathless for a while, but after a few weeks was better than before since I quit smoking!

Hi. For what it's worth, I would always accept the surgery route if it has been offered. In my opinion, chemo should be a last resort option because of the potential side-effects. Good luck!

If the doctors recommend surgery, they believe your dad is a good candidate and healthy enough to go through it. Depending on how much lung tissue is removed he may have more shortness of breath afterwards. I went through it three years ago and do not regret the decision. Although I do not have the stamina I had before, I am able to function quite well. Also I'm three years older (76). I'm sure you and he will make the right decision for you.

I agree with the others, if he is a candidate for surgery, have the surgery. I had the upper left lobe removed 5 years ago, and then did (some) chemo to try to "mop up" any cells that may have been floating around. You can live very well with 4 lobes instead of 5.

Hi KatherineK, would you be able to do some sports or hike after it? Thank you very much for sharing! All the best

That depends on the individual. He should be able to be as active after he heals as we was before, but that's a question for the doctors.

I can tell you that after my first LC surgery, I went back to work.

I would just go with what the docs recommend myself. They have not just been working on their bowling game all this time.

I want to stay awake I cannot ,every time I sit down I end up snoring .I always have a small plan...
•
5 Replies

VATS lobectomy surgery have dealt with your nerve pain. I am 3 weeks healing from surgery and feel...

pneumonia, confirmed the tumor hasn’t grown and mentioned it was a complication of his chemo. He is...

To get surgery or not?

purely because I would have to share toilets with section green Even though I would be section......

Durvalumab not working, based on Guardant 360 Tumor Response...