Lymphedema/Arthritis : I’m reading many of the posts... - LSN

I’m reading many of the posts here and there seems to be a disproportionate number of lymphies with arthritis. I mean there are people with different conditions, but lymphedema and arthritis seems to be a common combination. Does anyone think there’s a correlation? 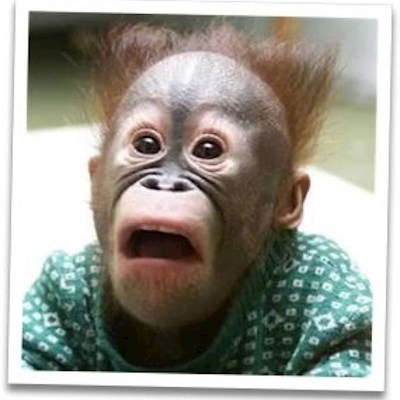 Ipanoptic
To view profiles and participate in discussions please or .
12 Replies
•

I have lymphoedema as a result of having untreated lipoedema (most areas of the UK refuse to treat lipoedema). I know from following a couple of the lipoedema Facebook pages that people have similar combinations of health conditions ie arthritis, hypermobility, autism, thyroid issues, fibromyalgia either themselves or within their families. I'm sure that in years to come there will be a whole group of conditions that are lumped together to provide the diagnosis of a new condition.

Interesting question, which shows up why the NHS is NOT providing us with best care. When I was treated in European hospitals, whichever consultant I was with would often call in a colleague and question them about how to treat me - this way rheumatologists worked with oncologists who worked with neurologists etc. Holistic medicine was normal.

Come back to UK, and if I see someone about Lymphoedema, if they think I need to see a consultant about arthritis they will put this in their follow-up letter to my GP. If I pick this up, with any luck I might - might - get a follow-up appointment within three months!

Give me the European system where your doc. calls in a colleague, and five minutes later it's sorted!

Yes, I've got arthritis AND Lymphoedema AND Osteoporosis - but need to sort out what I need myself, otherwise it doesn't get done!

I'm in the same boat as you. I have Lymphodema, Arthritis (AS), and Osteoporosis as well, but on top of that I've had a Stroke... possibly caused by a cellulitis infection which is a big risk factor for lyphodema sufferers.

When I first had the Stroke there was some multi-disciplinery cooperation and support while in rehabilitation.

Not so now. I've maintained for years that there's a link, a tageable one, between my Arthritis, Lyphodema and the Stroke, and now Osteoporosis. Lyphodema can be systemic, or at least the infections can be, Arthritis most definitely is (auto-immune if you prefer), and a stroke is.

We as sufferers of these conditions have enough on our plates as it is without having to try and convince consultants of the logic behind what we're saying, let alone managing follow ups to different specialists.

As bad as the NHS is, try living here (Ireland) where they're only beginning to wake up to the fact that lyphodema is a condition let alone making the mental leap that there may be a link to other health problems..

If it's any help, I have asked medical friends for recommendation of which websites they would trust - list here on aftercancers.com/category/a...

I Google around these, and have found that if I slip through the net, I can generally find excellent advice (but don't tell the doctors where you got it!)

I've trawled through endless reports, white papers, read articles and researched anything surrounding the conditions that I have. The problem I find is not the treatment of a particular condition in isolation but an overall top down approach to a person rather than simply tackling one thing at a time.

Medical treatment when it comes to lymphodema particularly seems to be very myopic as its not seen as a real problem, or at least one that could stem from or be caused by something else.

I don't have cancer for instance, but most doctors are only aware of of lymphodema from a result of cancer treatment. Mine is result of a genetic deformation. It's congenital. Some doctors don't even know what that means...?

I dispair sometimes. These are supposedly educated people. I may as well see a brick layer sometimes

I'm not complaining, simply making a comment.. Expressing an opinion.

I think your comments show up faults in the NHS system. When I was a journalist I often interviewed Ministers. Asking them why the NHS hadn't adopted something that was normal in Europe, Andrew Lansley would sneer and say " It's not the NHS way". I think yours and my experience proves that it should be - but until the NHS adopts what's normal in other health services, we have to thank heaven for these forums (forii??) to exchange good ideas.

That's my case too.

I have primary Lymphoedema [ looking back at photos of my mum and grandmother, their legs indicate they too suffered from this disease] and also have arthritis.

Having had numerous bouts of Cellulitis, I have realised that when I am on a course of high strength antibiotics, I have less pain in my joints and less inflammation? When I mention this to any medical staff they look at me as if I am nuts! After 10 years, I am pretty sure I can recognise the pain level in my body - and antibiotics taken for Cellulitis DO help with arthritis pain...…. somehow!

Ipanoptic - I would agree that there most certainly is a correlation to different health conditions but we have to look for the root cause for all the conditions to gain a better understanding. My lymphoedema was caused by injury when I was 12 years old and now 72. For some there is a genetic link. Many will have had cancer and the operations to control the cancer has resulted in damage to the lymphatic system. The challenge once with Lymphodema is managing it and minimising any opportunities for infections etc. I will focus on the interconnections with other health conditions.

Metabolic Syndrome is a name put to the mixture of metabolic conditions, of which the various cancers are just one. Metabolic Syndrome is also known today as Insulin Resistance. The nutritionist Amy Berger has written an 8-part series of articles under the title: “ITIS: It’s the Insulin Stupid”. Conditions ending in ‘itis’ are inflammatory conditions.

On my journey of learning, the modern food environment has changed dramatically post WW2 with the big drive starting around 40 years ago when dietary guidelines were given by governments. The food environment has become increasingly industrialised and it is now well documented that industry has driven not only dietary guidelines but also medical advice. Medical professionals are now recognising that they left medical collage knowing everything about pharmacology and nothing about nutrients.

In our own personal journey, having sorted the diet out, I realised that there was something else going on with my husband and came across Vitamin B12 deficiency, a vitamin seriously misunderstood here in the UK. 3 brilliant resources that illustrate the complexity of this vitamin and our ability to absorb.

1. Dr. Chandy is a retired GP in Durham who treated many patients since 1981 and retired in 2015. He has just published a book that he wants to leave as a legacy. The chapters can be down loaded free from his website: b12d.org. I have downloaded, amalgamated the chapters and run a search on conditions like fibromyalgia, MS, autism etc. He has some excellent references that are based on treating his own patients.

2. b12deficiency.info developed by a patient dependent on regular B12 injections. Tracy has built an amazing resource of information on her web site.

3. In the US, Sally Pacholok is a nurse in her hospital’s emergency department and tried to get her hospital to test for B12 deficiency when patients presented with a certain symptoms. There is now a film ‘Sally Pacholok USA 2015’ which documents her journey with the hospital and how it led to her writing the brilliant book: 'Could it be B12: An Epidemic of Misdiagnosis?' The film is freely available on You Tube.

I remember one of the speakers at a Lymphoedma/ Lipoedema conference telling us that he believes there is far more to Lipoedema than " an adipose fat disorder".

Many patients have problems with their hips and some are diagnosed with arthritis but the speaker believes that the pain patients are suffering is part of the syndrome of Lipoedema.

Sorry if that's not very helpful.

Hi its funny you should say that I have lipoedema and lymphoedema and osteoarthritis and osteoporosis and angiodema as a result of being treated for a leg ulcer caused by cellulitis in hospital one night I coughed up a small amount of blood as a result it turned out to be lung cancer not only that it was an extremely rare one and luckily was easily treated with the removal of my right lower lobe, but when they did this, they knocked my gut which set off a whole new series of things which resulted in losing 6.5 stone and still count and a stroke again luckily I was in hospital when it happened. Eventually I was well enough to see a rhemotologist within 5 minutes he told me you don't get all the rare conditions I have plus the run of the mill one's. He said he thought I have an autoimmune disease now we just have to work out which one. He ordered more tests than I thought possible and said when I listed my drugs that he is going to sort it out with the different consultants as they are just issuing me with a drug for one condition and my 40 different drugs are reacting with each other. My husband and I came out of the consultation with the biggest smile going.

Probably: Thinking about it ... lugging around a huge swollen leg ... will have caused my hip joint to wear out ?.

that are doing micro liposuction for de-bulking Lymphedema . I've had it for 22 years, and up until...

Picture of my lymphedema before LVA

Here is a picture as promised of before the operation, I will put another one on too, cant seem to...

Hi I am lizzy I have had lymphedema in both my lower legs for 20 yr now it don’t get easier it get...

Medical Engineering at a Northern NHS Trust - Lymphedema for personal and professional reasons is a...

said Pain is not a usual side effect of Lymphedema The pain seems to go in the day any thoughts?...

Trying to help and live with lymphedema

feeling of water running down my legs