I have just encountered on this article

I think its great news, Swiss had impressive results.

If you have contact with some researchers / surgeons / LE doctors etc. please forward this to them, as the more people working on the research the better.

Also please share your thoughts on it - do you also think its promising? 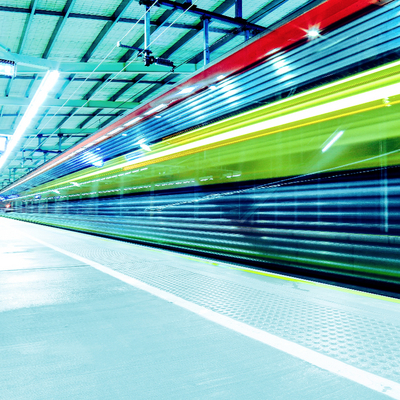 Snup
To view profiles and participate in discussions please or .
11 Replies
•

Fortunately there has been a surge of recent funding on this and the other side of the pond into lymphatic diseases treatment/cures research. If you’re interested in reading about other research initiatives peruse the Lymphatic Ediucation & Research Network website.

Mice (and less so rats) have very similar Lymphatics to humans and therefore used extensively in laboratory research. Taking artificial Lymphatics to the next level ie in humans will be a big leap according to LE researchers but at least they are on the path. Hopefully it will become a viable reality sooner than later!

Yes I have noticed on LEaRN that some army funds are planned for LE research, I hope that scientists will haste a little. Btw I heard that Ubenimex trial conducted by dr Rockson at Stanford was rather a fiasco. Sad news, but than again this therapy was around 150k$ for the whole period when taking into consideration the price of benzetacil that Eiger requested on their site.

If you haven’t already Take a listen to Dr Rockson’s Q and A on 22.10.18 re recent Eiger BioPharmaceuticals UTRA trial. He’s still optimistic as less than 1/2 of the trial data has been looked at and in some people it put their LE into ‘remission’ (his word not mine). For Others it didn’t bring such results but not sure why - Probably genetics related in primary LE cases

Hmm I have watched it and yes dr Rockson always sound optimistic - saying more: I have watched another Q&A from 6 years ago and he was also very optimistic about things he was investigating at that time. I think the level of his optimism may impact the funding he gets from Stanford and sponsors. But maybe I'm just unfair. In the end I respect him for trying and I wish him all the best. Perhaps thats just my dissapointment that Ubenimex is not the silver bullet.

The results published by EIGER are :

Topline analysis suggests select, individual patient responses which clinical investigators believe warrant further exploration. The company plans no additional clinical work but will support these additional investigator analyses and will update if future findings suggest any potential pathway forward. Eiger would pursue such an option only through a strategic partnership.

So looks like search in this direction has slowed down a bit.

Yes, Stan is optimistic but pessimism would get him no where in light of his life mission which he says is finding a LE cure, if not cure a drug treatment. Obviously optimism assists with funding commitment, but his initial very small sample clinical trial of Ubenimex (which later led to Eiger buying into sponsoring the much larger sample Ultra trial) had extremely good results. Based on that he had reason for optimism. I think Eiger wanted Ubenimex to be the same magic bullet all of us Lymphies wanted as they stood to make loads of money.

Time will tell, based on Stan’s further research, if some lymphies will be designated as being suitable to benefit from Ubenimex. Or, it will end up being a dead end. Hopefully it doesn’t turn out to be the wrong road for him to travel down as it will have been a waste of many years of research which would be a real shame for everyone

Exactly, I'm crossing my fingers for dr Rockson but I hope he will bet on the right horse. And yes - this kind approach is necessary, the other expert I know prof. Olszewski from Warsaw is now 87 old and he spent around 50-60 years looking for cure. He never gave up, even if this area was so little awarding. Level of commitment and willpower these guys have is just something else.

As we are speaking about current researches - its also worth mentioning Lymfactin from Herantis Pharma. They are now in medium-advanced testing phase. The cure is a gene therapy improving the results of transplantation of lymph nodes. I think this is also promising but that will be available 2024 earliest I think.

I’m aware of lymfactin and hopefully it proves as promising as it looks for those whose only broken Lymphatics is node related. Those of us with all three lymph problems (faulty nodes/vessels/valves) - will sadly not sufficiently benefit.

Yes this area is highly under-invested. But I have observed that some things are improving. Its just too darn slow. When you take into consideration how much money can be made on helping 100-300 M people worldwide this is interesting that no one wants to take his share.

Thank you for sharing this. I am so confident that the amount of brilliant inventive people working on helping LE sufferers there will be a great improvement in care in the future!

Snup in reply to lymphite

Yes I did it mostly because I know how big a difference hope makes. Even if its just a spark in the dark, sometimes its everything that someone has.

Another thing is the progress on cybernetic limbs. I know it may sound terrible but I don't care. These amazing scientists are already able to replace lower leg with something that is steered by our brains. I girl which lost her leg was able to dance. The other guy was able to climb with cybernetic leg.

Its going to be very expensive at first though..

lymphite in reply to Snup

There is hope and help

cure and you must follow aftercare advise but, it will give you normal limbs again. It also reduces...

Exercise without compression with no adverse effect, so far so good, I hope it continues!

wondered if anyone else had any similar experiences and also whether the fact that I am exercising...

Hello everyone, Just wanting to say hi and hopes to get to know some of you. I enjoy chatting with...

Living with Lymphoedema and now a new health issue

oncology doctors have discussed my case...I can tell you I am SCARED
•
14 Replies