Any hints on keeping farrow wraps in there place? - LSN

Hi all, am new to asking a q but not lymphoedema. Just started farrow wraps today instead of bandaging as therapist thought I would have better mobility- lol! Has anyone had experience wearing these and keeping them up? Every step I take the thigh section wriggles down and bunches behind knees. Have had them on for 9 hours and re put on thigh sections on 6 times. Have to wear them 24/7 for up to 12 weeks so any hints would b great. Boy am I glad its winter in australia -and wouldn't want to wear them in the heat! 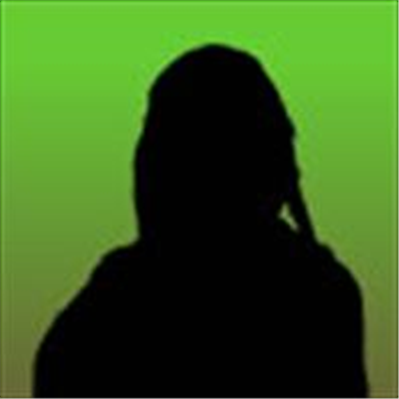 wendyjames
To view profiles and participate in discussions please or .
Read more about...
10 Replies
•

Have you called your therapist? Is the FW the right size?

Have you got a cotton cover over the skin? Is the FW tight enough? Are you using the knee wrap, and if so, are you able to take it up the leg after it's been round the knee?

One of my clients gave up with the thigh piece, as it proved too problematic for her, but the others find it very comfortable, once they've got the knack of applying it.

wendyjames in reply to Lynora

Thanks for replying, i'll b trying to get in touch with her today. Yes I have the liner and they measured me for the wraps in about 20 places. The tighter I try to do it the quicker it wriggles down. I will try to alter the knee wrap and see if that makes a difference as my legs swell above the knee so keeping the thigh piece is important. Thanks for the support.

I was interested in your question because I have the same problem with my lower leg wraps. They move down my legs and bunch at my ankles, cutting into them. I've tried all sorts of ways of wrapping them, but without luck. Fingers crossed for a solution!

I guess we'll both be glad of a magic solution! I have to reposition the lowers too but find I could tough it out till night for them. My therapist has suggested I try without the liner but haven't tried that yet -- I might try today but am reluctant as I have sensitive skin and the wraps might get smelly. Have you ever tried no liner? I guess even something designed for lymphoedema still has trouble coping with weird shaped legs. Keep on trying, I'm going to and its nice to know others are too

I manage to last until nighttime, too, but by then I'm in considerable pain and can't wait to get them off.

As for the liner issue, no, I've never gone without one. The simple reason for this is that I've always been told to make sure I wear one, because the roughness of the wrap on already damaged legs, could lead to a scratch or damage to the surface of the skin, which could then lead to cellulitis. I was hospitalised with cellulitis prior to being referred to a lymphoedema specialist, so I don't know if that has any bearing on the advice I was given, but I would have thought that someone with sensitive skin would be as much at risk. Maybe you could have a word with your therapist about it.

One alternative to the thick liners they supply, is tubular bandage. I happened to have a roll of Clinifast left over from a previous leg problem I had, so I thought I'd give it a go. I just cut a couple of lengths, and it works a treat. And it's washable! I haven't run the idea of it by my specialist, yet, but hopefully they'll say it's okay. It's another option for you to consider, anyway.

Let me know how you get on. I think these forums are fabulous for sharing experiences with others in the same boat. It can sometimes feel like you're battling alone, so it's good to know you're not.

Hi, thanks for hints I have an appointment this morning so will let you know how I get on. I think I could cope if it was only day wear but as its being used as a bandaging alternative for me its 24the hrs a day with minimal showering so the digging in gets the better of me. My wrap fabric is called strong its smooth but thick but the Velcro concerns me. Well its nearly time to go to the hospital so id better get moving as takes me ages to move in my mummified state!

just an update after my apptointment. i have lost 7kgs in weight in 3 days and a total of 24cm off one leg and 27 off the other so am amazed. it makes it worth the pain and inconvienience. we are trying no thigh wraps for the weekend and seeing the impact on measurements as my lymphoedema is mainly from the knees down. have also had to bandage my toes and forefoot as i had sausage toes - lol!!! Also have done away with the liners and using a tubular bandage - tubigrip which is smooth and much thinner. the pain hasnt gone but the itch has and the calf pieces dont wriggle down as much. well thats as much as i know so far, i'll have an update by monday night. thanks for caring. wendy

I have been using Juxta bandages which when they slipped down did not cause cuts and sores because they were softer material I used them for 3years 24/7. Now I use farrow wrap bandages which are constantly slipping down resulting in very bad cuts . It does not matter how much you pad your legs to make them a normal shape they still slip . I would like to put a question to the manufacturers to try wearing them theirselves and see how annoying and frustrating it is to constantly adjusting them .Many times I have been out and had to return home as I am in too much pain where they have slipped and are cutting into skin . I have to wear the foot, lower leg and top leg 24/7 I spend most of my time adjusting them and it drives me nuts I have been using these for nearly 3 years

google youtube Farrow thigh wraps and Youtube Farrow leg wraps. There are lots of youtubes on Farrow and probably on all the others.

There are some very good youtubes on thigh farrow wraps and how to put them on. Will that stop them from falling down? Let's see.

ANY OTHER WRAPS BESIDES FARROWS?

1-piece wraps that give different compression as they go up the leg? I have been wearing them for...

I am wearing Farrow Wraps on my calves. They simply will not stay put and slide down after a short

months with farrow wrap, which I wear all day every day, and they are great. Before farrow wraps my...

find both legs have exploded into swellings from thigh to toe so larger and higher than before. The...

Under the Farrow wraps wow it is sore and it itches

I am going to take them off and wash my legs put cream on . I am rather fed up it has to be said!

lva is it worthwhile if swelling very mild