Never liked running never thought I would choose to start running. But a BI group I go to has encouraged me and others to exercise started with a Fitbit to count steps you do then competitions to do most steps now one man mentioned he wants to run a marathon which got the woman to encourage everyone to do this 5km run next month. My first thought was no chance. After the woman said she would walk with me when I needed to walk I agreed. Since agreeing I have started personal training with the man who set the BI group up so am now looking forward to seeing how much of it I can run. Walking that distance would be easy so going to push myself to run what I can. Also will help put mans mind at rest who’s doing my personal training as he seems on cautious side tho I know he will relax more as he finds out how much I can manage. Only had 1 session so far and he seems more at ease now. 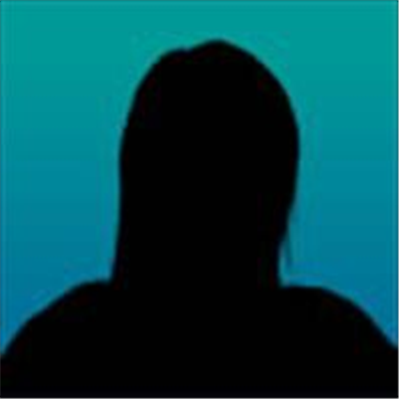 keeley24
To view profiles and participate in discussions please or .
12 Replies
•

That’s fantastic, do everything to keep yourself safe though please. You’ll do even better than you hope I think. Let us know how you finish up! Have fun! Cindy

keeley24 in reply to Wittycjt

Thanks I will be keeping safe especially as it will be my first big challenge to show my personal trainer how much I can manage.

keeley24 in reply to keeley24

Just done 2.5 km in 25 min with my PT. up to now he has seemed to be over cautious not thinking I would manage as much as I do. Today I asked him how long he thinks it will take me to complete 5k. I totally expected him to say something easy like an hour. He said 35 to 40 mins, he knew I thought he would say longer that’s why he said shorter time. Based on today’s 2.5 km it will take about 50 minutes. Honestly I’ll be happy with anything under an hour. I’m going to try to run 0.5 km then walk 0.2 km then run 0.5 km all way.not pushing for more even if I could manage as my PT is now going to set me targets to do on a running app based on how I do in this and it seems he will give me harder targets than I expected. I have kind of asked for him to make it harder by keeping telling him I can manage more than he thinks after in first 2 sessions he admitted he didn’t think I would do everything.

keeley24 in reply to keeley24

5k done. Knew it would be tough being longest I tried to run. Asked the man who is giving me personal training what time he thought I’d get. He has been over cautious from start so expected him to say much longer time than it would take me. He said 35 to 40 mins. I had been thinking under an hour but didn’t want to say a lot longer than him so I said around 50 mins. Honestly I realised that 50 mins would b the least time it would take if I jogged as much as I could. I ran/walked with the sister of woman who runs BI group. I had told her my target of 50 mins and she did push me to getting it. I managed 50 min 41 seconds. My first 5k and longest I tried to run. The man who’s doing my personal training was there and did the last km with me so was lovely atmosphere and nice to have him see my first run. Now I best get ready for personal training Tuesday and Thursday as I’ve been on that he doesn’t realise what I can manage so expecting him to expect more in personal training which to be fair to him he should be as I have been reminding him I can manage more than he thinks. At end I asked him honestly how long he thought it would take me. He said over an hour. So now that’s done it’s showed him and myself what I’m capable of.

well done, it takes it out of me if I walk that distance now!

Thanks walking for me is easy. I know not everyone finds it easy. Yesterday woman who works at the group brought her sister to stop with me as everyone was in a group apart from me. Man who does my PT was with those running all way and woman was with those walking. I was like in middle. Man who does my PT had said he would get runners to finish then come back to do last bit with me. I was that knackered I forgot about him til he met me on last bit by then I would of gladly walked and walked slowly, but he encouraged me and videoed me so I had to make effort to run. Was worth it tho.

Not done much jogging today only bit on beach and struggled to do 0.2 km. Honestly even if I do struggle or don’t manage as much as I’d like in PT I can’t complain I’ve been lucky with BI recovery, lucky I’m one of the ones who can manage the most. There isn’t another woman at the group who could manage what I can. Woman who works there could but doesn’t get time. Some of men are about same level as me but not getting the PT I’m getting.

Mine is purely balance in that various systems are damaged or compromised so while I can walk, and to a lay eye appears fine, it’s not automatic and thus I’m thinking about it, which is why much beyond 4 miles will tend to hurt, as my walk slowly degrades to a zombie shuffle if I’m truly unwilling to admit defeat!

Curiously not effected on bikes, so I can clock up the miles on that no problem. And my fitness has returned it took a year or so for it to return.

My balance is quite bad, but doesn’t really effect my walking or running. Not rode a bike since BI so no idea if that is effected. I am thinking of maybe mentioning a cycle event or something sometime in future. Even if my balance on a bike is effected I would keep at it til I managed it.

My balance was and to extent still is very good, pre i could stand one legged eyes closed for infinity, it's now 3s on a good day!

But lot of the systems do work still and since they did work so well pre, and i'm experienced with biking and walking on high land ie mountains means i'm just as good as before, MTB very much so, walking i'm not far off but I cognitively tire, so I do have to be careful I don't go too far.

There is a certian irony that I can MTB at speed for many hours, but can't cope with say the bus/tube at times!

My balance never been great and other week was out walking with woman who works at BI group and she noticed my balance being bad. Managed to avoid falling. Think everyone has some effects that don’t go away after BI man I’m having PT with has problems with concentration and memory tho most of time not noticeable there has been the odd time it has been noticeable.

We are going through a difference in opinion at minute how much I should be doing in PT. I know my limits and have pushed them and been fine. My PT is like he’s responsible for me so can’t risk me over doing it. So it’s case of me being patient and him learning to trust when I say I’m ok.

To be honest I can’t say I’ve found any session too easy for the time we have had.

It's always difficult feeling responceable for others and not wishing to harm or discourage them.

Mind you the physio's thus far on my Brain Injury journey have been fearless/confident and pushed me right up to falling or at least having to grab hold.

Yea I asked my PT if he would have thought I was ready for 5k on Sunday and he didn’t answer as in not wanting to lie or say no. I said he wouldn’t have thought I was ready and he agreed. Thing with me is I am not one to listen to others to learn I learn better making mistakes rather than being stopped from making them. Not saying I won’t ever listen to others but example being when I have PT I do stretches before and after running when on my own I don’t and never had any problems through not doing them. Maybe when I start doing more the stretches will be more important. Same with drinking water. My PT insists we take a bottle of water with us every session. They are only like 15 mins up to about 40 min so I wouldn’t bother as you are not going to pass out in minutes without being thirsty especially in winter. I do have sips when he asks if I want any more to put his mind at rest.

BI group I go to. The man who set group up has been giving me personal training. He said at start of

Did my first ever 10k run today

I had been challenged by the woman who runs the BI group I go to to run 10k this week for her to...

talk with a woman who attends the same BI group as I do. I had spoken to man who runs the group...

this. I go to a BI group and the man and woman who run group did this last July. The man has said I...

Next year is the year

from the group who could manage it and record it on a walking app and do videos so the man can see...