Let’s just say since starting treatment my number 2 💩 routine has gone out of the window. If I needed to go I had to go, even at work, or I was constipated and I now have many piles which are causing me pain.

I needed to go for number two just before my embryo Transfer but they wouldn’t let me as I needed a full bladder. I don’t know how many of you have tried to just do one without the other- impossible.

So I had to go when I got back home. I was so worried I should have had an empty bowel- would it have put strain on anything?

I went for a walk the other day and the second I sat down I needed to go so had to power walk home.

Today I put my progesterone pessary in and you are supposed to lie down for 30 mins, 15 mins later I needed to go and couldn’t hold it.

Now I’m worried I haven’t had my full progesterone dosage!

I was very silly too- I brought some cheap strips last night and my husband is so desperate to know I had to be honest with him and say I don’t think it’s stuck. His face dropped and he was moaning all the way round Tesco.

He just wants to give his mum an unbeatable present for Mother’s Day. Our OTD is the Friday before 🙈😔.

I did one as I did read from 5 days after transfer it could show and obviously it hasn’t!!

At the weekend we went shopping, Monday I went got a walk, yesterday I went my nans, did some cleaning and went Tesco! Is that too much? I don’t know. 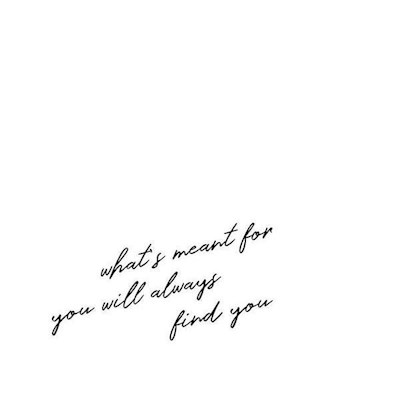 PurpleLove19
To view profiles and participate in discussions please or .
Read more about...
16 Replies
•

Omg this was exactly me!

Day of embryo transfer i hadn’t poo’d for 5 days. I was so bloated i looked pregnant (oh the irony) spent a good hour on the toilet before hand to see if gravity would do its job - nope! But low and behold, the second i lay down for embryo transfer i was desperate to go! 🙈 i was told the same, its too late gonna have to hold it in.

I went about 15mins after embryo transfer and was convinced that was it, all that straining had forced my embryo to dislodge - was over before it started!

Ive also since put a pessary in then poo’d like 10mins later 🤦🏻‍♀️ honestly you just cannot make this stuff up!

So in summary - i totally feel where you’re coming from! 💩

I’m sure the body would have had time to absorb the progesterone in time but it wouldn’t hurt to pop another one in there in a couple of hours if you’re worried?

Day 5 is wayyyy early (i keep telling myself that while i also scroll through posts of women who have had their bfp day 5 👀) .. however there are also tons and tons that dont that get them later on so dont despair.

Have a lovely pj day xx

Glad I am not the only one in this department 💩🙈.

I had cramps on day 2-3 and then some last night. I just feel like I’ve got them headaches I get when my period is due.

Me too 😔 i had an awful migraine yesterday, the type i get when mine is due to.

Hang on in there! I know its easy to say and not to do xx

His far into the the TWW are you again? X

I’m 9DPT and have got a positive test too! Super early so i’m cautiously excited xx

Awwwh I’m so happy for you. I got a faint line yesterday. I was jumping round. My husband said not to test until tomorrow which will be 8 days past. Plus it’s Friday 13th 😂🙈. Maybe needing a 💩 on transfer is lucky- you know what they say- “Muck for luck 💩🍀”

😂 definitely! The luckiest 💩 i ever did! Lol

I feel your 💩 pain! It’s the progesterone messing with your bowels. I’ve been on it for 9 weeks now and I’m counting the minutes until I can stop and get back to normality in that department! Don’t worry, you’re not alone 😂

So I’m not going to tell you not to test before OTD, because I’ve never managed to wait so would be a hypocrite 🙈 BUT... if you are going to test early, put the cheap, unreliable test strips in the bin and go and buy some First Response tests. If you’re going to cheat, cheat properly 😘. 5dp is super early, don’t be disheartened if it’s negative. Yes please do get a positive then but only a few, most are later.

I think them cheap strips are useless.

I’ve got some first response ones. I think I will wait until Friday then I will be 7DP5DT x

The number 2 routine may be impacted when you're pregnant too! So don't worry that it will have put a strain on anything.

Doesn't sound like you're doing too much btw! Just living a regular life!

When's your OTD? Getting there! x

That's ages away! Well that explains why you got a negative! Lol. Sorry! Still loads and loads of hope for a positive then! xxxxx

I know- I caved in and I wish I hadn’t. Had such a low day x

Yes I think so too.

I wished we stayed at the clinic and they did daily bloods and scans to check it’s still there! 😂

time if this is normal with low progesterone. Just wondered if anyone had any similar experiences...

route. 10 days post a 5 day transfer and have been feeling really crampy for the last 2 days. Had...

Saturday (day 5) - we are delighted. BUT I’ve started these pessaries three times a day and they are

I have just started my first ivf cycle and had to...

Before that they were all over the shop - a

💔 all over, once again