Living with Fatty Liver and NASH

Hi guys, I hope you're doing well. I have a question regarding my Fibroscan results.

On Janurary 28th, I had a Fibroscan done and the results were as follows:

After getting these results, I kinda freaked out and immediately changed my diet. I completely cut out added sugar and refined carbs. I've been eating totally 'clean', no prepackaged food at all. I also counted calories and lost a total of 32 pounds.

This morning I had another Fibroscan and these were the results:

As you can see, I still have fatty liver, but it looks like I reversed the fibrosis.

My question is: Is it really possible that I reversed the fibrosis in just 4 months?

Of course, I want to be happy about it! I just find it a little hard to believe. Any input is appreciated, I won't be able to see my doctor for a couple of weeks!

Also, my bloodwork (ALT, AST) has always been normal. 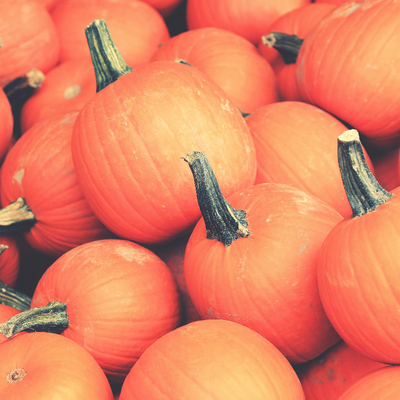 Amarilys
To view profiles and participate in discussions please or .
16 Replies
•

Could you please provide your IRQ/med score (%) for both results? For me it looks like the first result was overstimated for some reasons. The results of IRQ/med should be below 30% to be more reliable.

Sure! For the first test in January it was IRQ/Med 11%For this latest one it was 18%

I'm assuming my results might have been overestimated due to high BMI (Obese) before I lost the 32 pounds. At least I'm hoping that was the case.

As I assemue the same place where fibroscan was done? Anyway I think also some hidden (normal enzymes level) inflammation of the liver can be the reason. It is hard to say some time that's why fibroscan score should not be checked alone without other symptoms/results. Also it is good to confirm it after some time.

One more thing how long you did not eat before both fibroscan tests?

I’m thrilled for you and you give us all hope. I was like you and can’t believe my MRE results. Unfortunately, I haven’t been careful with my eating habits since that time.

Congratulations, yes it is possible to reverse F2 NASH in that period of time with a really good lifestyle program. The thing to remember is that NASH is an inflammatory process and what is measured by Fibroscan is stiffness not fibrosis. If your stiffness was largely caused by the inflammation and swelling associated with it that can indeed be reduced dramatically. Is it likely that you have some residual scarring? Certainly. Will that harm you? Unlikely if you continue to have a healthy lifestyle. If you would like to get a chemistry look at the situation consider getting a LIVERFASt test to confirm the Fibroscan.

MINTVCX in reply to nash2

Ultrasound is normal besides heterogeneous increased echoes of the liver (that's why fibroscan was recommended).

No indication for Wilson nor hemochromatosis (ferrtin in normal range) so far.

No symtopms at all, the only reason that I did laboratory tests was to check if something is wrong... Then I found out about highe level of bilirubin. Then Ultrasound which leaded me to fibroscan.

Defintlely something is going on with my liver but so far physicians have no idea what is it.

Gilbert's syndrome causes bilirubin to be high and is not by itself indication of liver disease but it confuses some testing as that is also a sign of liver damage. You have to ignore the bilirubin when analyzing for fibrosis with Gilbert's.

MINTVCX in reply to nash2

Yep, I am aware of it. I also know that Gilbert’s syndrome does not damage the liver. The question is if there is some correlation with some other serious liver disease and GS. I have found none so far. But in fact GS is a common genetic condition (about 5% to even 12% of population has it, male mostly) so it is not unusal that someone with it has also some other disease.Anyway thank you for your help. One more thing do you think my cholesterol level can be some clue in my case? I am planing to have another fibroscan but this time with fat measure. Hard time for me I hope I will struggle it.

I have exactly the same situation as you. Recently had Firboscan which showed no Fibrosis or whatsoever, but i had biopsy 8 months ago which showed F2. So i think Wayne is right that if you manage to reduce inflammation then Fibroscan might show lower grade of Fibrosis(in case of not very advanced fibrosis), but as he mentioned as well that the scarring done so far will remain forever which is not suppose to be a problem if you continue to have a healthy lifestyle.

MINTVCX in reply to Baracuda25

Can I ask what was your kpa score? In fact fibroscan is not 100% accurate. Although if you have F2 it should at least show F1.

Recent studies show if you find the cause of fibrosis you can reverse it by getting rid of the reason.

Baracuda25 in reply to MINTVCX

I remember during my biopsy 8 months ago i had some of them as high as 7.1, but last Friday i saw all of them were much lower somewhere between 2 - 3 and my hepatologist said that all the results (blood and Fibroscan) as they suppose to be and when i asked if i have any fibrosis he said "not based on Fibroscan and blood results", but because of the last liver biopsy very likely i do. Hence i don't really trust anything except liver biopsy, but since it's quite dangerous diagnostic tool it can't be done frequently.

MINTVCX in reply to Baracuda25

Yes, you're right. Any diagnostic tool has some limtiation. Good luck with your plan.

Onesmallstep1969 in reply to Baracuda25

In cases of doubt (where Fibroscan and otherindicators disagree), some doctors use either MRE or acosutic radio force input.

Baracuda25 in reply to Onesmallstep1969

I had MRE and it showed no fatty liver or whatsoever, nevertheless I still have a bit elevated liver enzymes and all the digestive problems I had before I was diagnosed. It could be that fatty liver is a consequence, but not the root cause and the initial problems still remains undiagnosed.

No medical test is 100% accurate and different kinds of information have significance depending on the situation. Fibroscan struggles at low fibrosis levels and tissue varies with hydration, time of day, fed status, etc., but what is important is whether disease is progressing and is chemical functioning being affected. Scar formation goes through a process and becomes more chemically robust over time. If you reduce the causes of inflammation the scar that is only partially completed is easier to reabsorb and that will happen for most people. Even the hard scars could conceptually reabsorb but most won't live long enough to see that so think of it as a lot of balancing forces.

Just Diagnosed with NASH f2 fibrosis. Does anyone here have biopsy confirmed reversal of Nash? What did you do to reverse your nash?

Has anyone here been able to reverse Fibrosis Stage 2 or knows anyone who has? *Need motivation*

can reverse fatty liver...but is fibrosis reversible too? My Fibroscan scores are below.

I was just told I have F4 Fibrosis

today my doctor emailed me saying the results said I had F4 Fibrosis (Cirrhosis) and refer me to a...

ultrasound after 5 month and today the results came with ‘NO MORE FATTY LIVER’.

Conflicting reports. What would you do?

Good news, it can be reversed.

Has anyone been diagnosed with H. Pylori?