Hi everyone, just thought I would share my diagnosis story and see if anyone has advice going forward. I fell ill on Friday with extreme pain in my lower abdomen and vomiting, I'd had similar pain earlier in week but not as bad or with vomiting. My husband called NHS24 and were told it could be up to 3 hours for a call back, the pain got much worse so we went straight to A&E. I was seen by a couple of doctors, given anti-sickness and painkillers. My pain was mostly on my right side so they were concerned that I might have appendicitis. I saw a surgeon who said he doubted it was that but I was to come in the next day for an ultrasound to check. I was sent home with some cocodamol, and the pain was subsiding.

The next day, was still sore, I came in to hospital for my ultrasound where I was told I might have a small lump on my right ovary (panic at the word lump!) and that might be causing my ovary to twist. I then met with a surgeon who said she would like to do a laparoscopy to check it out and that I had a 9cm (!) cyst on my right ovary. After the surgery the surgeon told me I had endometriosis, which caused the cyst (I think she said that) and I had a big build up of deposits which they also cleaned out. She even showed me some photos of my insides, quite interesting although I was just out of surgery so not quite with it!

I've been recovering in hospital for the past couple of days and think I'm going home tonight. It's been pretty painful but glad I have a diagnosis.

While I've been here I've been reading up and I never realised I had so many symptoms of endometriosis. Some have been going on for years and I just assumed I had a rubbish period. The consultant I spoke to today said they will refer me to the endometriosis clinic. Not sure what will happen from then on.

Thanks for everyone's posts on here, it's been good to read about some real life experiences of endometriosis. 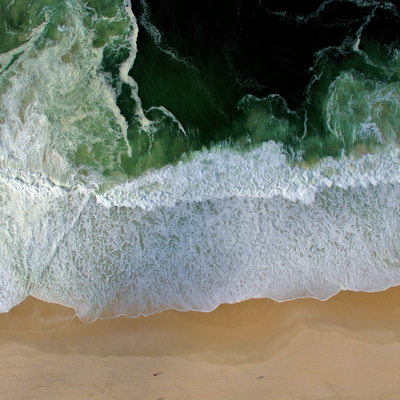 heather24585
To view profiles and participate in discussions please or .
Read more about...
3 Replies
•

Thank you for sharing your journey! Happy healing and cheers to health!!

Really interesting to hear your story, very similar to what happened to me. I'd be interested to hear what happens at the clinic. I've now been left to see what happens my consultant just said to call him if I get any pain but that's it.

Thanks for sharing. I had that at 16yo my ovary was torqued from a chocolate cyst that was huge. Had surgery within the week as they thought i may lose the ovary. Since then 2 more laprascopic surgeries and now at just on 41 I have stage 4 endo & adynomysis and am having a total hysterectomy including bilateral oopherotomy (ovaries) & cystology (I think that's the word). My advise is learn as much as u can and be your own advocate, noone else will be.. Don't trust doctors and surgeons advise as the be all and end all until you have asked questions of them and made sure they are right for u. Endo feeds off estrogen so look into all the symptoms of estrogen dominance (I also have fibrocystic breasts for example & only just found out it's fed by estrogen!) - you may be surprised by certain things you have.

Then see if you can halt the progression of Endo through hormonal meds (this may take time to find the right one). The knowledge and available info is miles better now than it used to be! Sorry for the long reply, I wish you all the best!

Just been diagnosed with Endometriosis. What now?

just been given a diagnosis of mild endometriosis after a laparoscopy but haven’t really been told...

Just been diagnosed with endo

'its just period pains - its normal and not that painful' well, if they felt the pain, they would...

thick and that she could see a polyp and that I had a cyst on each ovary and that endometriosis...

Hoping for some support. Just been diagnosed.

chocolate cyst of 4 cm has been found on my left ovary. Also, moderate-severe endometriosis has...

I’ve just had my first laparoscopy and been told

I have server stage 4 endometriosis