Saw consultant on Wednesday, I think he’s a general gynaecologist consultant, he’s agreed to do a laparoscopy (to look for endo) and laparotomy (to remove lump in abdominal wall) but I’m not feeling confident. I explained that I was concerned because of bowel and sciatic symptoms which he told me wouldn’t be caused by endo and therefore doesn’t think he’ll find any. He had a lot of answers for what it wasn’t but nothing to explain what it could be instead. He was very vague about my mri results and avoided explaining what they were looking for or what they found/saw.

He had no idea of my medical history and just seemed to focus on the lump.

For me the lump is secondary to the symptoms I’m experiencing which the gp and jnr gynaecologist say all point to endo. Where as he doesn’t seem interested in that idea at all.

Do I go for the suggested procedures, see what they say before asking for a second opinion?

Feeling deflated when I expected the appointment to shed a little light. 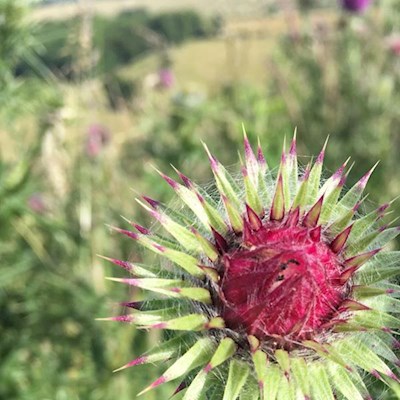 vmagpie
To view profiles and participate in discussions please or .
Read more about...
2 Replies
•

Just remember you don't have to go through anything you don't want to.

If the lump is secondary in your view, the push for the diagnostic laparoscopy, ask if you can have biopsies taken of anything horrible / unusual they do find, because results from that have to be recorded and it gives you peace of mind that the lap was for something. Ask them to check all your organs including the bowel - they usually do anyway. Sometimes they'll book another lap for removal of endo / anything else as they like to have specialist surgeons present, sometimes they can remove stuff at the same time.

A laparoscopy is already invasive and requires at least 2 weeks signed off and 4 months to feel completely normal, a laparotomy is a larger procedure, requiring a lot more time off so you're right to be hesitant if the lump isn't your main concern. If you want answers and results the diagnostic lap is the way to go then the can do a biopsy of this lump too. A further op may be required and then you have the time to think and perhaps combine the removal of stuff with the lump thingy at the same time.

Ask his secretary / him who will be doing your operation, as your preferences will be forwarded on and you only sign for what you want to happen.

The sciatic like pain, I also have and according to physio it's due to the glutes and piriformis being tight originating from the lower back compensating for a rubbish core (endo bloating and pain causes it, just as pregnancy does) this tight muscles puts pressure on the sciatic nerve. I wish I'd know that before surgery as that can also make it worse - obviously as the core has been cut into. So I'm now working with physio on loosening muscles through manipulation and massage, working on my core to strengthen it for future surgeries. Perhaps look at a movement / mobility physio for before and after surgery - find one that focusses on post surgery recovery, I'd definitely recommend it!

Hope it all helps xx

I believe they are doing both explorative laparoscopy and excision laparotomy at the same time.

He said he will be removing the lump but I’m not sure if that means he’s doing the explorative surgery too. I got stumped with asking questions because when I did ask about the bowel and sciatic symptoms he basically brushed them off but was giving very ambiguous answers as to what could be going on. Just felt like he wasn’t aware of why I’m being investigated except for the lump.

The lump is an issue, it’s painful, growing and developed after emergency c-section so I do want something to be done about it.. but the other symptoms have been going on for over half my life.

Thank you for your advice xx

Why is the wait so long !endo hell

to google my symptoms and endo keeps coming up he’s still struggling to understand it I’m finding...

Feeling low and my husband doesn't get it... :(

waiting on a gynaecologist appointment at the moment to see if I have Endo but it seems likely. I've

At such a loss on what to do

didn't actually know what he was looking at and she says all my symptoms point to endo (the...

only offered a consultation end of October!

I thought only laparoscopy can confirm endo!

things to say which is why I picked him). I explained my symptoms and he basically said he doesn’t...