So I've had my appointment with the consultant today and feeling a little disappointed but not at all surprised that my options are limited. I've tried every contraceptive I can and they all give me prolonged bleeding which will stop for a week or 2 then restarts or I have sex and bang another 20-30 days of bleeding. I was really hopeful for having some prostap as I've previously had zoladex but due to some issues following child birth 5 months ago I've been told this may make those problems worse.

I'm trying some new meds for pain next week and hopefully they will work but can't help feeling let down by my body and this constant need to bleed driving a wedge between me and my husband. He's been so supportive but when I'm tired, grouchy and in pain for most of the month it puts a strain on us both. I hate this stupid disease!!!!! 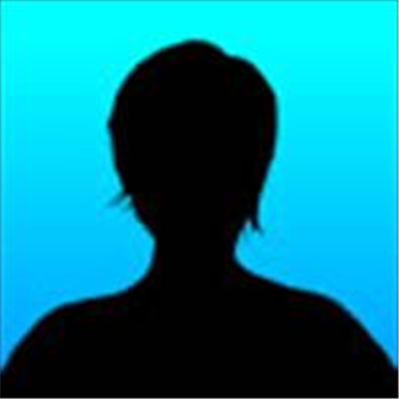 Bluetit
To view profiles and participate in discussions please or .
Read more about...
6 Replies
•

I know EXACTLY where you are coming from! Long story short I was diagnosed with endo 5 years ago at the age of 36, before that I had been continually Sick for years but kept having test and investigations to no avail!

Since being diagnosed I had tried every procedure and medication and nothing would stop me bleeding, I tried the pill and that didn't work, I was even taking 2 sometimes 3 tablets a day to try to stop it but nothing worked.

I had Zoladex injections for 6 months and still bled continually!..

Bleeding month after month is mentally and physically draining, I was depressed , anemic and constantly in pain and emotional.

Like you I have a supportive husband but we could never do "normal" activities as I would leak or was in to much pain to go out, we never made love as the bleeding never stopped and if it ever did stop and we made love it would start again!!....

My only option was to have a hysterectomy, which I had 4 months ago. I'm not saying this is what you should do as I know it's not a cure and doesn't help everyone, but my life is the best that it has been since I was about 18!!... And no bleeding is a miracle!!

It was the biggest decision of my life as I don't have children and have lost 3 through endo so having an operation that is so final was beyond scary, but I see you have children or at least one child.... I don't know how old you are either but please just think over this option if not I believe the mirena coil is supposed to be good!?....

But it really is quality of life though!...

If I can help at all or you want to chat more privately please don't hesitate to message me.

Bluetit in reply to kelbel

Thank you so much for sharing your story, I was just ranting and getting it off my chest so I didn't check for any replys. I have 1 daughter, I'm 29 and I've suffered from endo since I was 16/17. We are really hoping to have another child once I have had surgery on my jaw in a couple of years but I do fear I will end up having a hysterectomy in the future as 3 of my aunts have had them, one I know was for endo and another due to 'period related' problems. It does concern me as I think it's just so final and cannot be reversed but the people I know who have had them say it's the best decision they have made.

In regard to the coil it was one of the worse things I've had as treatment, I really would bleed for anything up to 60 days then intercourse would set it off again. My husband could also feel the strings (sorry if tmi!) and I have never been in so much pain....child birth was easier because I could take stronger drugs! The doctor I saw is keen to work through the issues and if needs be put it in under general with no strings then remove it with forcepts but it still doesn't stop the bleeding.

Thank you so much again for sharing, it's nice to know you're not alone in how you feel and I'm so sorry you have suffered as you have. It must have been such a difficult decision for you to make xx

I recently had the coil fitted during my diagnosis and burning of endo operation.

I was bleeding after the insertion for AGES and was put on a tablet called Norethisterone to take 3 times a day and it stopped my bleeding!

Maybe you could speak to your doctor about something similar? X

Bluetit in reply to becca97

I've been on that a couple of times and it used to work quite well in just stopping it for a week or so when I had a coil but since being on cerezette as soon as I stop taking it the bleeding restarts which is so frustrating because this pill worked for me in the past. I really hope it works for you though....bleeding constantly is so draining. Xx

although it is a pain, I know it needs time to settle. I had a very bad ‘period’ last month for...

I just wish the pain would stop!

proctogram? Not really sure what that is need to try and find some information. Has anyone had any...

stuck in bed in chronic burning, stabbing miserable pain. I can not stand ,sit bend, pick my kids...

Help! Just want answers/ endometriosis constant bleeding and pain even on the pill and mini pill

now still bleeding again total 10 wks now bleeding every day and the pain has been so bad I've been...

Laparoscopy scheduled in 3 days time, any advice/tips will b...