Hi ladies, can anyone confirm if endometriosis is considered to be a pre-existing medical condition for travel insurance purposes? I'm about to buy a new annual policy and got diagnosed this year (stage 4 - but no symptoms other than painful periods) so not sure if I need to disclose. Are there specialists insurance companies that offer insurance to those with endo? Many thanks 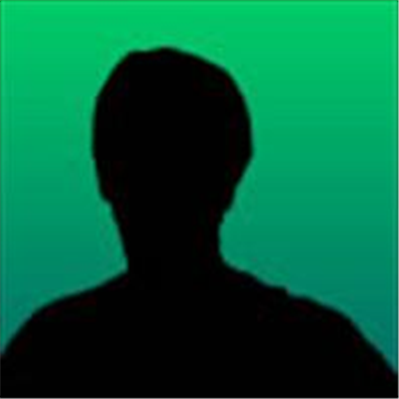 SparklyT
To view profiles and participate in discussions please or .
8 Replies
•

I used to travel a lot (to the US and Europe) so would always declare; I was told it wasn't always necessary but different companies have different rules. To be on the safe side (and to cover you legally) I would disclose and if they say there's no need, make sure you get a note of the name of the person you spoke with, the date and time you had the conversation to ensure you are covered. I would actually give the same advice in relation to the DVLA...!

Hi, yeah I always disclose. Better safe than sorry. My policy has never gone up more than £10 on the standard price, and thats including them classing me as having cronic kidney faliure even though 1 works fine!!!

Yes it's a pre-existing medical condition and you definitely need to disclose. I went through Hayes and jarvis for a big trip and they put us in touch with a specialist firm. It cost £180 to cover me for just over 2wks in the states! (I have a few other pre-existings too!)

However if you are going somewhere in Europe for under two weeks it will probably cost you between 30-50 per week depending on where you're going and how you're assessed.

Make sure you get an EHIC card as well for European travel. X

Which company did they recommend Applebird? You can PM me if you don't want to mention on here.

Thanks @applebird. I'd be keen to know the name of the company too of you wouldn't mind PM'ing me.

Hey, I actually can't remember, and have deleted the docs now. You can just phone Hayes and jarvis, say you're interested in taking out a yearly travel insurance policy and ask who they would recommend. Trailfinders would be another good company that could help you out. (you could compare quotes or if they both recommend the same people then it's grand)

One thing would be to consider the cost of a one trip policy vs. 1 year. With preexisting med con it can be incredibly expensive to have a yearly policy esp if it covers outside of Europe, I was quoted something horrendous like 849! So cheaper in my case to go for 2 individual policies. Good idea to check that out beforehand.

I didn't for decades, as even though it took me about 25 years to be diagnosed, even after that the medics still never explained the seriousness. It sounds mad, to me, now, but I had no idea it was a 'condition'. I also have a miniscule fibroid and was horrified a few years ago to find that this also counted as a 'condition'. A friend had apoplexy when I told her, as she had previously had bad fibroids, that caused incredibly heavy periods, but she had never declared them, as it took the medics so long to take it seriously, plus they just fobbed that off, too - for ages - as part of the 'just periods' mindset. For years after my endo diagnosis, I still thought in terms of having 'bad period pains', which is what medics had fobbed me off with for years, and no one ever said it was a 'condition'.

My more recent declarations have not affected my premium any further, although iti s already hiked up by another condition. If your endo is mild enough, and you have never felt you needed a GP, or were at risk of hospitalisation, you could ask to have it excluded - if they do want to charge you - but it does mean you would have to pay if you needed medical help for the endo, while on holiday. But you do have to declare it first, if you choose to have it excluded: plus... not all companies allow you to exclude things.

I personally would exclude mine, now, as it was always controlled by painkillers, or the pill, and now I'm post-menopause, yet still with a mirena (that stopped the pain for me completely), I'm still utterly pain-free.

But you have to weigh up the pros and cons, according to your own pain and treatment record. Why not talk to your GP about it? Mine gave me a printout with all the things listed that they class as worth mentioning - which was a shock.

If these companies were truly honest, they would make an effort to define 'pre-existing medical conditions' properly - but you have to remember they are just out to make a profit. The Ombudsman has pulled them up about this repeatedly, as TI companies are the bodies that the Ombudsman get the most complaints about, every year. However, the last time I checked, most had still not clearly defined 'pre-ex conds'.

I think we should all ask for everything in writing, maybe even record our conversations - although I've no idea if that is legal. Also, maybe we should start writing to the ombudsman every time we are unhappy with a service.

Not that I'm paranoid about TI, or anything!! I hope you get sorted!

Hello... I went to Spain for a week in September and I declared my endo as for me when the pain gets that bad I always collapse and always end up in hospital. I normally pay around £12 for myself and the hubby but this time I paid £26 but to me it gave me peace of mind.... It wasn't needed luckily, I had a week free from pain... Bonus lol.... Hope you get sorted

with existing medical condition? I had a diagnose lap and I have dense adhesion in my pelvic area...

Hello, I'm trying to buy a worldwide annual travel insurance policy but I am struggling to find...

found that a lot of the companies won’t treat chronic/pre-diagnoses conditions so thought I would...

be in August. Does anyone know if any travel insurance companies will cover cancellation due to a...

a confirmed endo diagnosis? If so, can I ask which insurance company accepted you? Thank you!