I have recently started the endo diet but have reached a stage where I am completely lost when it comes to wheat, gluten and soya.

Can anybody give me any advice please as to what are the best things to leave out and also if you have any good suggestions for a good porridge or a porridge alternative when on this diet? 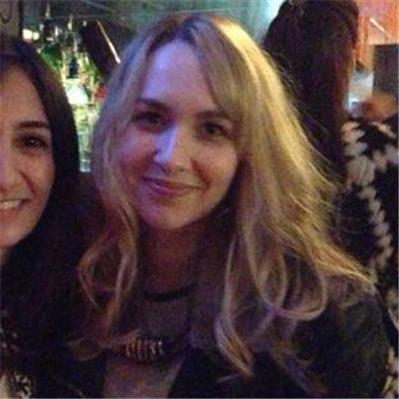 Faye_Craig1
To view profiles and participate in discussions please or .
13 Replies
•

I did a gluten/dairy/sugar free diet as part of a bootcamp in 2012, and got a recipe for quinoa porridge. Basically, put the quinoa in a saucepan, just cover with water and boil until the water has gone. It should be at a consistency where it's not crunchy, but not mushy either (I found it took a few tries to get it right). Transfer to your bowl, add a sprinkle of cinnamon and some fruit, and you're done!

Also, I don't know if it's the same on the endo diet, but when I did my bootcamp we were told that oat gluten isn't a harmful gluten in the way that wheat gluten is and you can have them in moderation. I'm not sure what it is about gluten that can exacerbate endo symptoms, so it may not be the same, but you could maybe try having oat porridge a couple of times a week and see whether it changes anything?

Hey brilliant thanks so much this is really helpful. I was unsure about whether oat gluten was harmful as I saw gluten and assumed it was just as bad. I'll give that a try as all porridges in the past have had wheat gluten in them as well or soya and I think those two might be the two areas I'm having problems with. I'll also try you quinoa recipe if all else fails

Hello. I had similar troubles trying to find gluten free porridge oats - I ended up getting Nairns gluten free oats from waitrose. They also do gluten free muesli although this is more or less oats seeds and dried fruit so you could probably make it yourself using the oats! I am doing a similar diet too.

Thank you! It is all rather difficult isn't it but we will get there, fingers crossed x

I get the nairns gluten free oats too, I get then cheaper on amazon by buying in bulk x

If they are recommended by two I will definitely have to try them then. Never thought of amazon either, sounds like a great idea as eating healthily is expensive enough. Thanks x

Another one to try is Mornflake oats, I emailed them asking if GF and they can't say it on the packaging due to the fields can be used for wheat harvest previously so there is a very small risk of cross contamination. I have a friend who has coeliac disease and she is grand with them.

Also Flahavans porridge is the same too. A lot of the microwave versions will have soya in them I've noticed. I buy normal oats now not microwave ones.

As others have said Nairns is ok

Perfect thanks so much I will check them out too.

I've been eating Oatmeal but now I think that may not be right!! The porridges I looked at all mention gluten in the ingredients but the oatmeal just said oatmeal! It's such a minefield isn't it?! Xx

Faye_Craig1 in reply to Clarence80

A compete minefield, I originally thought soy and soya were different too so was like having soya milk in tea and had bad pains and couldn't understand why. All trial and error but hopefully we will get there x

Hi! I've tried the endo diet and all these restrictions were really stressful. It felt as I was fighting a 2nd desease.. It helped somehow with the symptoms, but my endo cyst kept growing. After a while and through trial, i realised that my symptoms were worse only when i ate wheat products. Sugar, caffeine, cocoa and meat in moderation did not make any difference. Also other grains such as barley (that contain some gluten) did not trigger my pain.

My point is, I hope that endo diet will help you get healthy and control your symptoms, but because it is very restrictive, try to find what you really need to cut off. For me it was really an added stress (and that does not help with the endo) trying to find something to eat when i was out with friends and family. A cup of coffee was forbidden!! I could not live like that and as it turned out, i did not have to..

I wish you all the best!

Thanks I thought about cutting most things out then if I feel better adding each one in one at a time to see if my symptoms come back. That way I can work out what she aggravates me. Luckily I don't eat red meat and coffee anyway and have been on decaf tea and lacto free dairy for a year or two now so it would just be a case of swapping to nut milk and sunflower butter for now, cheese and yoghurts I avoid anyway. Luckily I'm not a big drinker either. The main areas I'm trying to figure out is wheat, gluten and soya as I have a major prob with carbs like bread and pastry and always seem to have a reaction after soya. The biggest mare has been breakfast and snacking and also trying to find fruit and veg that is like organic. I can't afford organic so bought this veggie wash called veggie wash fruit too from goodness direct, only £3, that was recommended to me by another sufferer. By cutting those things out I think processed stuff, fats and sugars are cut out anyway. More of a veggie to fruit person too so not too worried about fruit sugar. Totally agree though it is so hard not to get stressed, little by little is the best option I think x

if anyone has tried the endo diet?

Diagnosed a month ago & have cut out gluten & feel so much...

Have you noticed a change in yourself from doing the diet?

One thing she did advise is to go gluten free, as I have endo on my bowel and therefore bowel...

Soya - go or no go for Endo? Have already gone gluten, dairy and lactose free.

diary for soya/ soya milk instead, but i read somewhere that soya is a no go for people with endo...

and can't have dairy products or take HRT. Drinking soya milk? Is soya milk causing you any pains?...

Can you describe your pain