Hi I am a 37 year old that had a TIA in February (temporary loss of vision in left eye). Following many tests there is no visible evidence by consultants have said that based on my symptoms it is recognised as a TIA. The only explanation that has come to light was that I had my AZ Covid vaccine exactly 7 days before. Has anyone on here had a similar experience related to the vaccination or know where I can go to get help and advice regarding this and whether I can have an alternative vaccine (I’ve only had first one)? I have tried addressing with clinicians but nobody wants to acknowledge it. 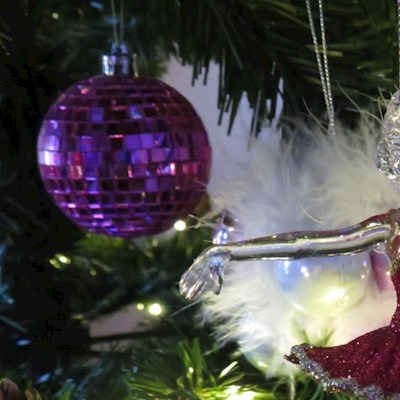 SJW84
To view profiles and participate in discussions please or .
Read more about...
11 Replies
•

I think because this forum has relatively few members, chances of a reply are slim. Perhaps you could try another forum? Say the British Heart Foundation -

Or the AF Association - not so related but the folks there are pretty helpful. You could explain your circumstance is not AF related and ask for advice -

SJW84 in reply to ling

Thank you so much ☺️ that’s really helpful x

You could also ask on the Headway section of health unlocked.If it's any comfort, I had an unprovoked CVST in 2014 and was scared to have the second jab after the possible link with AZ. Spoke to various medical people and my neurology consultant. All agreed that I would be better protected by 2 AZ than mixed vaccines and that more chance of being really ill with Covid.

I hope you get on OK finding out what's best for you.

Currently I'm working at vaccination centres and we don't mix vaccine either.

Thank you so much for your reply 😊 I’ve spoke to a few of the clinical teams that have been involved in my care and they seem to be as much in the dark as we are! I just don’t want to have my second vaccine in case it happens again (or worse) x

Yes, of course. But it might be safer than not having it....Just saying that my consultant was clear on this..... What does yours say?

Do you have another condition that made you vulnerable? I ask as at age 37 you were young to have a COVID vaccination in February. I'm 74, a stroke survivor and until April, clinically extremely vulnerable but my first vaccination was in February. If you think it was AZ related, report it on the MHRA Yellow Card scheme. The TIA could be a chance association and nt related. The medical community are learning about COVID, probably why you haven't had answers. Eight days after the first AZ I developed a runny nose, and that has been almost continuous. Clinicians don't know why.

If you had a TIA, consider taking an anticoagulant and, get checked for atrial fibrillation and blood pressure.

I had the vaccination early because I work in healthcare. I submitted a yellow card but never had a response back. I have had tests etc but all came back clear so there is no explanation at the moment. I am on daily blood thinners and they tried me on statins but didn’t do too good on them

Hi , I also went blind in my right eye after az jab . I went through all the tests and been left to get on with my life with a booklet highlighting stroke symptoms.I have had second jab of Phyzer and so far no problems.

Everyday I am anxious and called my surgery for help . I have been given a phone number to call someone to speak about it.???

Not with vaccine, but I had a “TIA” in February subsequent to a cardiac arrest in December…my stroke consultant now does not think I’ve had a TIA but my neurologist says based on my symptoms (leg paralysis and arm numbness) I have. Clear as mud.

I have somehow strayed in from the NRAS forum……and I had a similar experience after my second AZ vaccination.I am much older than you…..so the likelihood of me suffering a TIA is obviously much more likely.

About 36 hours after my first AZ vaccination I had double vision, dizzziness, pins & needles in arms,legs & face…., lack of control of my legs & general vertigo & nausea.That was eventually diagnosed as occipital neuralgia…as I have rumbling problems in nerves in my neck…..stemming from surgery from damaged vertebrae in a car accident 20 years ago.

After the second jab….I too seemed to temporarily lose vision in one eye…plus the same vertigo I had after the first. I saw my rheumy again who referred me to my ophthalmologist….who said there is evidence of some sort of disturbance ..but that all “seems OK now”.

Did you report your experience on the Yellow Card system? I did & they are following up with questionnaires.

But hearing what you were told….maybe as I’m elderly it was thought best not to tell me? But now I will definitely ask some more questions…..after all..there is careful & TOO CAREFUL isn’t there? I like to know exactly where I stand healthwise.

I didn’t question any further at the time & am alright now…but a few more questions won’t hurt.

BUT…..what to do about this third prime vaccination ? I am immune suppressed, old & on Rituximab…..a Biologic drug taken by infusion for RA,& thought to be a bit “iffy” re covid vaccinations.

So I am in a similar position to you….and you are quite right…there seems to be nowhere to go to get individual advice….although as far as I can gather the third primary vaccination & the so called booster can be a different drug…most people seem to be having the Pfizer.

Maybe you could have another chat with your GP…..although all I seem to get is a glazed look & no sensible suggestions.

Hope you get something sorted soon.

For now…I am sitting on the fence….if I do get any further information I’ll drop a line.

TIA or not TIA that is the question!!!

I am not convinced I have had any sort of mini stroke or TIA as my symptoms are not slurred...

they had had a TIA and a Stroke.( so i would suggest to...

increased risk of thrombosis. Last year I had a suspected TIA (no evidence of residual brain damage...

Hi people, I'm terrified about my recent TIA, got changes to meds and an appt in siw weeks but...

seems I've had them a while now. Should I be referred to a stroke clinic? Also physio said I had...

Hi everyone, does anyone know of any charities that accept o...