So... I might be getting ahead of my skis here, but this is kind of curious:

Dr. Thomas Guttuso, Professor of Neurology, University at Buffalo also has a book coming out.

The Book, "The Promise of Lithium: How an Over-the-Counter Supplement May Prevent and Slow Alzheimer's and Parkinson's disease", is currently scheduled to be available on Amazon in October 2022. promiseoflithium.com/

I'm not saying the trial was a success. I don't know. But... I am going to keep taking my 15 mg of Lithium Orotate.

Potential application of lithium in Parkinson's and other neurodegenerative diseases 2015 frontiersin.org/articles/10... 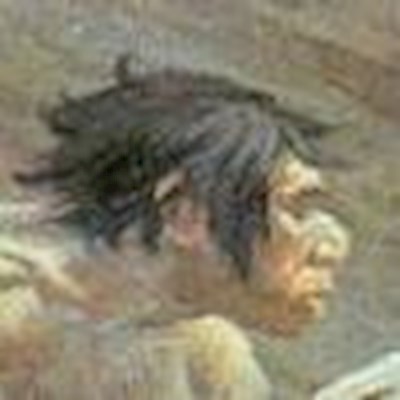 Bolt_Upright
To view profiles and participate in discussions please or .
Read more about...
49 Replies
•

I should say that I have not been diagnosed with PD. I have REM Sleep Behavior Disorder, which my doctor says will turn into PD. I also have a sore left shoulder, sore left left, and some involuntary muscle movements.

Also, I take a number of things. My shoulder does seem to finally be getting better and I have less muscle jerks, but who know. I hope to halt things where they are.

Here is a great video on low dose Lithium: youtu.be/J7VB6fOh9XE

Gioc in reply to Bolt_Upright

In my opinion, adding lithium without medical supervision does not seem like a good idea to me, especially in conjunction with other antidepressants. Bipolar disorder is not PD. If you think have PD your medication is or will be levodopa.This is because the dopamine-producing tissue in the brain is partially lost in a Parkinson's patient. PD is more a matter of brain anatomy, given the injury, than a general imbalance of the chemical processes of the brain and the whole body.😜

wifeofparky in reply to Gioc

It is a much lower dose than what is prescribed for Bipolar disorders. I was at a symposium where Dr Guttuso presented his early study. He is seeking grants to expand the study to include more participants to validate the hypothesis and determine the lowest effective dose. Dr. Guttuso was my husband's MDS.

Thank you for this post. I don't recall reading anything on Lithium previously. Perhaps I wasn't interested at the time but this post caught my attention.

I attended his presentation on Lithium therapy. He has completed a lot of research on this and I look forward to further studies. Also his research study was done on PD patients not on animals.

I have a question. Why doe the doctor think REM will turn into PD?

Do you know why?

Sorry, I don't know why. A lot of doctors believe RBD is an early symptom of PD (or LBD or MSA).

Now that is an interesting statistic.

Any possibility of getting a source of actual numbers, samples, validity or any study along those lines of that claimed statistical association so people can have a look for themselves? Because when someone is claiming or using the term "statistically" then those statistics must be available somewhere for examination, or the person would not be able to say "statistically" in the first place.

Just Google "REM Sleep Behavior Disorder Parkinson's" and the articles and statistics will come up. I would do it but I have already seen the papers and it depresses me to see them.

It does, huh? Then this will pull you out of it.

Men lose Y chromosomes as they age. It may be harming their hearts

I just liked the headline title

Gioc in reply to Bolt_Upright

IMO if we could bring the average lifespan to 200 years , statistically 100% of people would contract PD first and then Alzheimer’s. I know it’s nonsense, but I write it to make you think about how far this “statistically” is from the real context.

LindaP50 in reply to Gioc

Don't know what you posted but I do like the serene picture. 🙂

From Google Translate: IMO if we could statistically bring the average life to 200 years, 100% of people would contract first PD then Alzheimer's. I know it is nonsense, but I am writing it to make you reflect on how far this is "statistically" from the real context. I don't translate it.

Bolt_Upright in reply to Gioc

My physician insisted that I read this book and start on Lithium as a therapy for PD. It has been nothing short of a miracle, as I have explained in numerous posts on this site. Feel free to search them, I have explained it to death! Any questions you have about the subject are answered in the book.

One question please: Do you believe Lithium has stopped or slowed your progression? (You could also answer reversed).

Yes, it certainly helped. The biggest benefit I get from it is the total reversal in my chronic brain fog. The only supplements I take anymore are 15mg Lithium Oratate, sublingual B1 and a Magnesium supplement. And believe me, I tried nearly everything!

The other thing that helps me with PD is getting 8 hrs sleep a night, (for me, now with a CPAP) , and intermittent fasting. These things activate the body's natural garbage recycling action and clear unwanted proteins, from which PD related problems can stem from.

That is very cool that you are down to 3 supplements!

Where do you get sublingual B! and what dose do you take?

What type of lithium do you take?

B1, 100mg I get it wherever its cheapest. usually amazon

Talk to me about your "muscle jerks" are they myoclonic seizure type? I have them in addition to fasciculations (two very different involuntary movements).

Bolt_Upright in reply to SilentEchoes

I think I have both fasciculations and myoclonic jerks. Usually it is something like my foot moving at the ankle. I'd say it happens a couple times a day.

very interesting study hypotheses. Will be looking forward to reading about it with some interest, as well as the upcoming publications. Doses indeed are quite quite low compared to uses of lithium in psychiatry. Of course the lithium preparations listed are controlled by prescription, and not the same thing at all as the one form of lithium available without a prescription, lithium Orotate.

Is this something you're going to be hanging on to and following?

I started taking Lithium back in March. I plan to keep it up.

I’ve been taking 20 mg of lithium a day for 2 1/2 years, much less then the dosage for bipolar and similar disorders.. I am 13 years into my disease, and I am still going strong. I teach yoga once a week and exercise every day, including a 1 mile walk. Dr. Laura Mischley in Oregon is very knowledgeable about Lithium being used for Parkinson’s. She had my lithium levels tested, and they were very low. She has a wealth of information on her website. Google her name and check her out!

Mischley’s MPH was on Lithium Orotate and PD. Her PhD on intra nasal Glutathione for PwP. I think that’s the right way round. She is working on a new project with MJFF on the benefits or otherwise of another supplement for PD (7/20222). I’ve also been taking 20mg of Lithium Orotate for 2.5 years.

so what is the new supplement that Laurie Mischley is studying? Her Parkinson summer school is at Bastyr in Washington state or at least it has been there. (Kenmore, WA by Seattle) She is a naturopath and there are other naturopaths that have been advocating low dose lithium for some time. tahomaclinic.com/2010/05/li...

Let me confirm. I “think” I know but don’t want to mislead.

Oh, WOW! Sparked my interest even more when I read, "n addition to the benefits routinely mentioned, like controlling gout and relieving rashes caused by sebhorric dermatitis, lithium also has some great brain-boosting effects."

I get sebhorric keratosis and more so will definitely try this for me and getting brain-boosting effects is a plus. Will definitely purchase for me and my hubby (PWP). All my dermatologist recommended was a cream for "bumpy skin" which works OK not great.

Thank you! I did not even notice the part that said it relived relieving rashes caused by sebhorric dermatitis!

Bolt, do you take LO before, after or with food?

I take it first thing in the morning. I may or may not eat soon after. I may not be doing this right.

How were you taking LO when you were also taking MB?

I am asking because I am expecting MB and LO to be delivered over the next two weeks.

Some of the most popular programming languages of 2022 include Python, Java, C, JavaScript, C++, C#, PHP, R, and Swift. more there mlsdev.com/blog/54-benefits...

Lithium Orotate: Add to my Stack?

find on Lithium Orotate that might relate to PD were: Lithium orotate: A superior option for...

experience with or have knowledge about using Lithium for Parkinson's.

\"The cure for Parkinson's disease\". New book in Spanish. Coming soon in English.

finished and published on Amazon a book in Spanish about Parkinson's disease. Possibly closer to...

A Valuable Reference Book for Parkinson's

Husband so sick but not sure what’s going on