C/L again...any suggestions?: This will be... - Cure Parkinson's

This will be my third try at taking C/L - first time was horrible, second time a little better but still nauseous, could not keep it down.

MDS has now prescribed Lodosyn - 25 mg additional carbidopa - to take with the extended release C/L. I will start it tomorrow.

Any suggestions re nausea- or tips? She has said to take with meals, 3 per day.

I am not going to do the two hours before protein etc at this time.

I just want to see if this med helps my tremors since rasigiline isn't doing much.

I am really med sensitive but don't know what else to do, hope I can adapt.

PS The Lodosyn costs $1000 per month! had to get a prior authorization from insurance to get it for $100. Yikes. 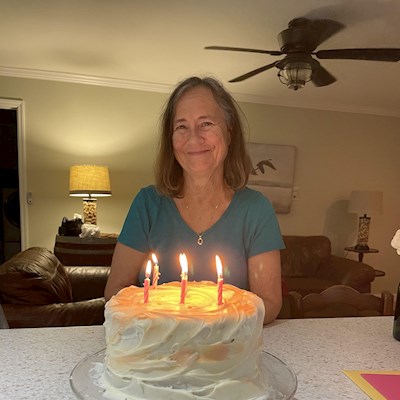 Oliveoyl1
To view profiles and participate in discussions please or .
Read more about...
30 Replies
•

1. Domperidone, an anti-nausea drug. In UK. I don't know if it's available in US.2. Take with food. (In the long run you will want to do the opposite.)

4. The lodosyn is just carbidopa, as found in C/L, but you have to pay much more to have it on its own. If you titrate slowly you will get a similar result.

5. The C/L ER is designed to be absorbed more slowly, but it gives less consistent results than C/L IR.

Titrate meaning start slow? Like one pill the first day, then two...etc.?I have Zofran as an emergency, anti-nausea.

Yes, 1 pill per day, but also a smaller pill, perhaps 10 mg to start with.. You can chop up IR, but not ER. Then slowly build up on the two fronts.

My pills are ER so I cannot change that, I won't be able to take a half.

You cannot crush ER pills but you can divide them in half without destroying the time release property. At least that is true for the ones I get which are scored for that purpose.

Yes, I checked, the CL are not scored but easily break in half. The Lodosyn are scored. This might work.

The ER version of C/L has given me a consistent result for many years. In any case important information on the difference between CR and IR here:

If you have to take it with food to avoid nausea I think you should at least avoid protein which interferes so much with absorption . I hope it works for you this time.

Oliveoyl1 in reply to Astra7

So food as in crackers, or toast or apples or some cereal?Thanks

I may have told you about this before, or not. For several years I couldn't keep any C/L down. My neuro had me try half a pill, then a quarter, then an eighth and nothing helped. I tried several other meds, but those were terrible in other ways (paranoia, seeing things, etc.)Finally, I switched to a new neuro and he put me on Rytary. That's what worked for me. So if this doesn't work for you (and I really hope it does), then try Rytary. Expensive, too, but as you've already seen, insurance can be somewhat flexible. Then there's the PAN Foundation which sometimes helps people who can't afford their meds.

parkylot in reply to JAS9

I too found Rytary to be the answer to nausea.

One possible suggestion is that you consider looking at the only way I know that you can possibly reverse your Pd symptoms. Look at doing Fast Walking, it really does work.

Thanks. I live on the beach and walk several times a day, also do regular treadmill and swim. Starting Rock Steady Boxing next week. I agree that exercise is the best therapy.

I have no agenda ro make money out of other people's problems, My story is that, as a result of doing fast walking and making some changes in my lifestyle, I was able to reverse many of my motor symptoms and have lived Pd-medication-free for nearly twenty years. I am now 86 years old and am starting to have other serious health problems, but my Pd does not cause me any problems at all. I have recently had a major heart procedure and a Prostate operation, both of which would not have been carried out if I was not in such a fit state. Why not contact me!

What are you doing that has kept you off medication?

What if you can't do fast walking for a long time? Is walking short distances helpful?Does rock steady boxing adjust to your ability?

I do Fast walking, Stress management, Use my onscious Brain to control my wlking, have a positive attitude. No, although that is a good exercise it does nothing to stimulate the brain to produce GDNF, which repairs the damaged brain cells

Everybody can do fast walking. You cannot expect to do very much at the beginning but as you get fitter your ability improves all the time and it will probably take you six months or more to reach the 1 hour target, but all the time you are doing it, it is helping you to get better.Rock steady boxing is good for your health but does nothing tp stoimulate the brain to produce the GDNF that repairs the damaged brain cells

Are you on any meds?

Yes I am on c/L and now that I have adjusted to it I am doing well, no nausea, still some fatigue but my tremors are 90 percent controlled.

Oh I thought you were asking me…

I have not taken any Pd Meds since 2002. I was on Selegiline for the previous 8 years and befire that I was on Levodopa, which did nothing to slow down the progression of my Pd.

I don’t understand why RSB is different or something inferior to walking. It’s a full work out and it’s hard. It’s definitely been challenging and I have been Beach walking for years.

Don't try to understand it. It isn't inferior. It's a multi dimensional physical activity (with far greater lateral movement requirements than 'fast walking') with significant brain involvement. John's sales pitch includes a number of misleading statements but one of his favourite is that fast walking is superior to all other exercises for PD. He made that up.

We need more GDNF in our brain to repair damaged brain cells. In order to do that we must do an exercise that makes the brain think we are in danger, it then goes into 'Fight or Flight 'mode. Fast walking is not natural as it needs to be consciously controled, It also needs to be sustained for up to one hour without stopping or resting, Speak to me at Johnpepper@telkomsa,net.

I too get sick to my stomach if I take it by it self. I always have something small to eat prior to talking. Half a fig bar, nuts, granola bar. If I don’t it isn’t pretty.

I was sickened by C/L for months. I tried with and without food, ½ pill ¼ pill, with anti nausea meds... nothing worked by time truthfully. I persevered and it took months but when it worked, it worked perfectly

I have been taking the C/L ER and titrating the extra C (Lodosyn) for about a month. I am over being sick with it. I see improvement in the right side tremors…now my concern is that within an hour or so I am so sleepy I pass out. A few hours later I might suddenly feel “normal “. — like, ping! I’m back. I am doing Rock Steady boxing which is very challenging. Will i get over this exhaustion? I had to cancel a trip, I’m not ready for travel nor do I have much interest. Thoughts?

Is this a side effect of c/l or what?

have Parkinson's. How many days does it usually take to determine that. Does anyone have the same...

Does anyone take Vitamin C with each Sinimet (C/L) dose?

water instead of giving her all that sugar each time. I am wondering if anyone else uses this...

much should I take? Any suggestions for tremors. I'm trying cinnamon at about 2tsps per day in...

before they get better? I take 2full pills a day and 1/2 at night. Tremors seem to be worse and...